Newest research conducted at the University of Sheffield suggests the changes identified in weather systems developing over Greenland are related to extreme weather patterns over northwest Europe, such as unusually wet conditions reported across the UK during the summers of 2007 and 2012. The scientists have discovered that Greenland is one of the areas with fastest warming rates in the world, and the changes in weather systems there have dragged a mass of unusually warm air up over the western flank of Greenland's Ice Sheet.

The experts have studied the changes occurring in weather systems over Greenland since 1851, by using the so-called Greenland Blocking Index (GBI) which measures the occurrence and strength of stationary high-pressure systems. These systems bring extended periods of stable and calm weather and block the storm systems from moving in the region.

The unusually intense warming of Greenland and Arctic regions, in comparison with other areas around the globe, is most likely related to the increasing frequency of occurrence of the high-pressure blocking systems, recorded since 1980. The occurrence of Greenland blocking weather system has especially increased during summers, a phenomenon related to a more northward-meandering branch of the atmospheric jet stream. This event yields northward traveling warmer air masses over the recent years. 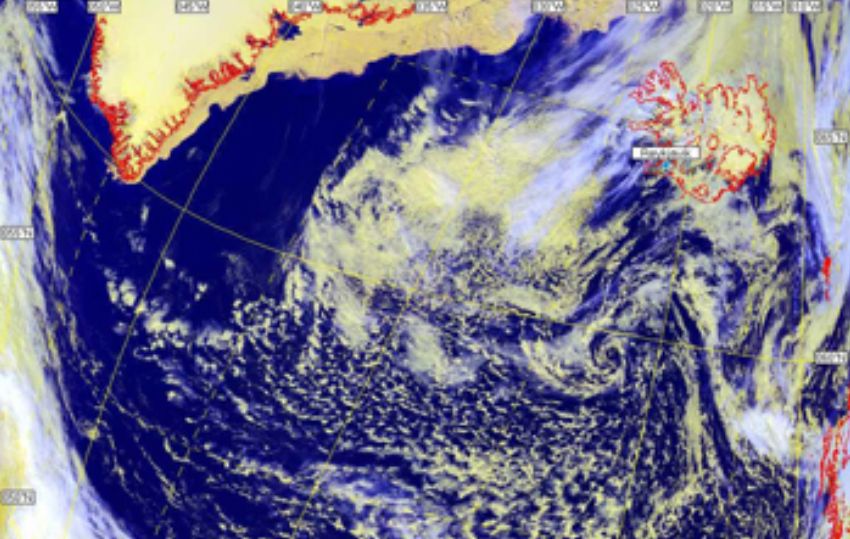 “Our research has found an increase in the incidence of high-pressure weather systems remaining stationary over Greenland since the 1980s, which is having a significant impact on extreme weather and climate change in the region. These weather systems are occurring in the area more often because of strong Arctic warming and changes in the atmospheric jet stream in recent years," explained Professor Edward Hanna from the University of Sheffield Department of Geography, a research leader.

“This is resulting in an increase in the occurrence of warm air in the region and it is also affecting weather systems downstream of Greenland, such as over the UK. The unusually wet weather seen in the UK in the summers of 2007 and 2012, for instance, is linked to these stationary high-pressure systems over Greenland.”

The Greenland blocking weather systems have started to vary more over the last couple of decades, which is probably due to an increasing destabilization of atmospheric weather systems in late autumn and early winter, likely related to major declines observed in the sea-ice coverage extent across the Arctic.

“Sea-ice coverage throughout the Arctic has significantly reduced in recent years, which we already know is having an amplifying effect on warming in the region. What this study now tells us is that changes in stationary high pressure over Greenland are adding to the change in polar climate,” said Professor Hanna.

The study is regarded as a useful measure of changes occurring in the North Atlantic atmospheric circulation, and its results can add to a better understanding of the relationships between mid-latitude ad high-latitude climate change in combination with other climatological research.