Hurricane "Larry" made landfall near South East Bight, Newfoundland, Canada at 03:45 UTC on September 11, 2021, with maximum sustained winds of 130 km/h (80 mph) and a minimum central pressure of 960 hPa, making it a Category 1 hurricane on the Saffir-Simpson scale. It transitioned into a post-tropical cyclone by 15:00 UTC, moving NNE toward Greenland at 78 km/h (48 mph), and merged with mid-latitude low, generating a massive blizzard over the southeastern Greenland.

Larry was the first hurricane to make landfall in Newfoundland since Igor in 2010 and only the 11th over the past 150 years.

It knocked out power throughout St John's and the surrounding area and brought heavy rains, strong winds, and unexpectedly high storm surge.1

The Royal Newfoundland Constabulary and the City of St. John's urged the public to remain off the roads to minimize any risk to public safety due to downed power lines and debris. 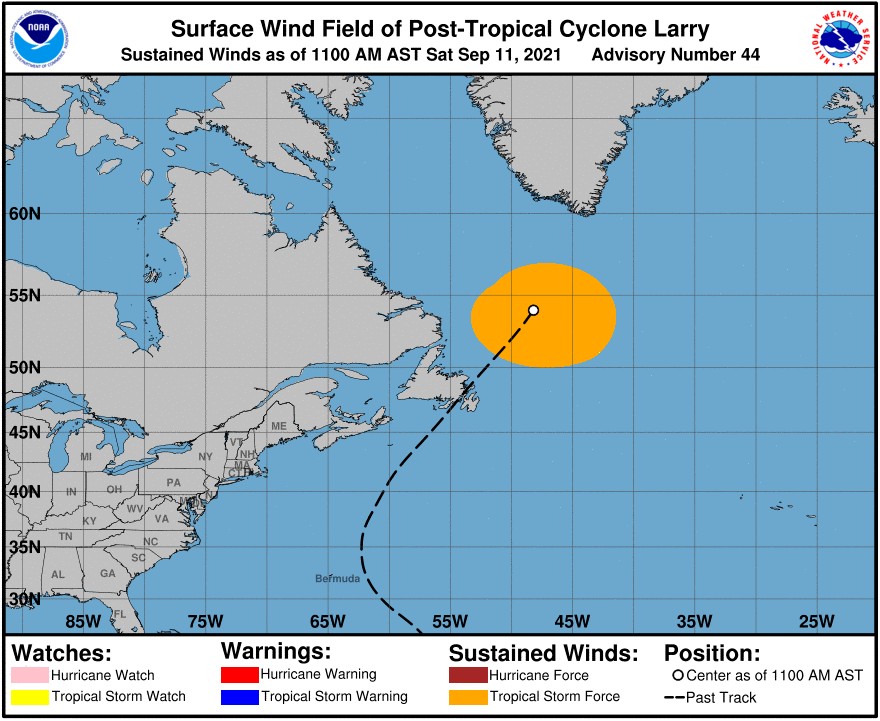 A notable storm surge event occurred near the Burin and Avalon peninsulas, with water levels about 1.5 m (4.9 feet) higher than normal.

After moving over Newfoundland, Larry transitioned into a post-tropical cyclone and merged with a developing mid-latitude low in the Labrador Sea, generating a massive winter storm forecast to drop huge amounts of snow over southeastern Greenland over the weekend and into the new week. 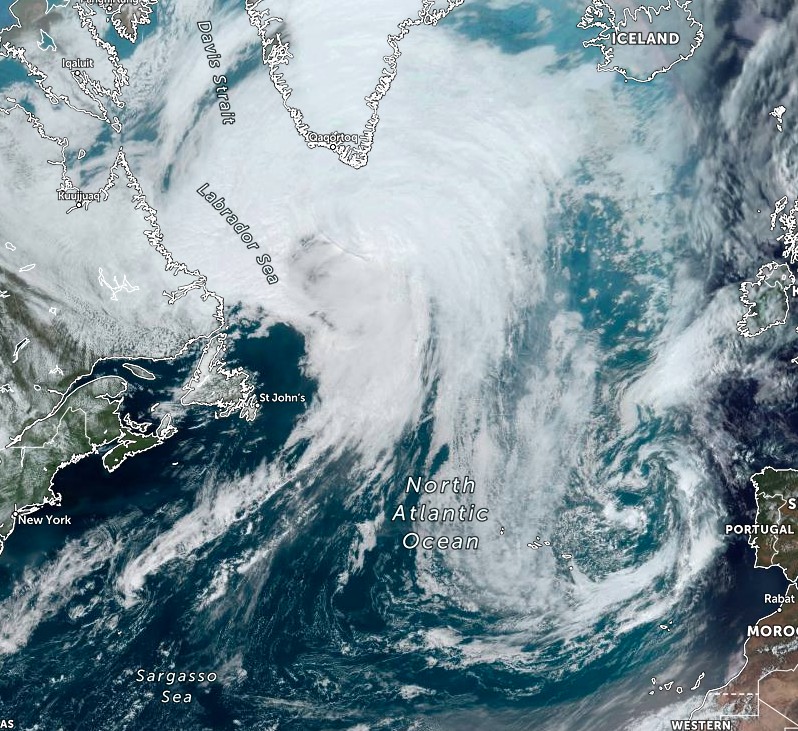 "The merging systems will lead to a massive winter storm over Greenland, producing a pretty rare event when a hurricane tracks far north in the Atlantic and pushes high tropical moisture towards the Arctic region," said Marko Korosec of Severe Weather Europe.2

"The overall system will remain pretty large and quite intense over the weekend while tracking northeast just north of Iceland with its center and gradually dissipate in the Greenland Sea early next week."

"It is actually quite a rare event that a hurricane survives so far north in the Atlantic, meaning that it keeps producing some convective storms and drags a very high amount of moisture that will normally interact with the lower temperatures, therefore have the potential to produce deep snow," Korosec said.