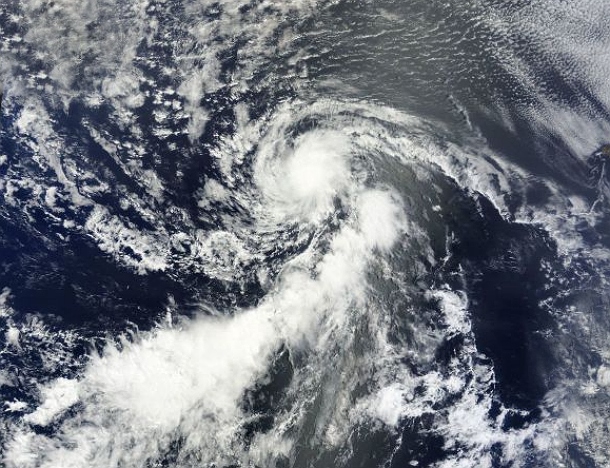 Tropical disturbance located southwest of the Cape Verde Islands in the Atlantic Ocean is the fourth named tropical system in 2013 Atlantic hurricane season. Tropical Storm Dorian is gaining more strength as it moves west-northwestward over the open tropical Atlantic. Conditions are now modestly favorable for strengthening in the next 24 hours before the storm begins to encounter lower sea surface temperatures in the next 48 hours, which could lead to some slight weakening. The estimated minimum central pressure is 999 mb (29.50 inches). 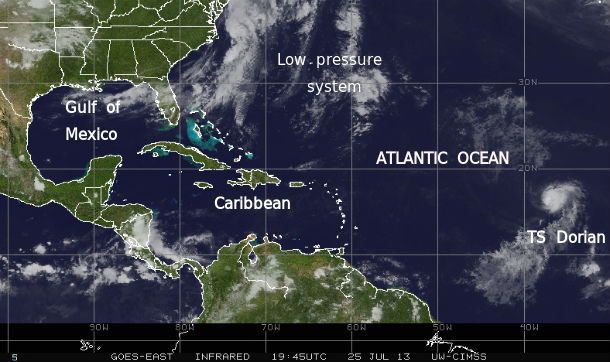 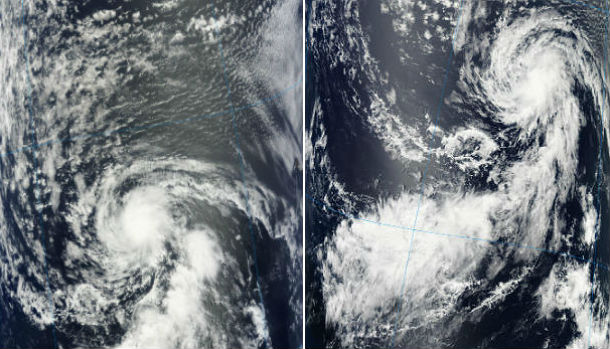 According to latest public advisory (#7) issued by US National Hurricane Center (NHC), the center of Tropical Storm Dorian was located about 1670 miles (2690 km) east of the northern Leeward Islands. Maximum sustained winds are around 60 mph (95 km/h). Tropical-storm-force winds extend outward up to 60 miles (95 km) from the center. The system is moving west-northwestward at speed of 18 mph (30 km/h). 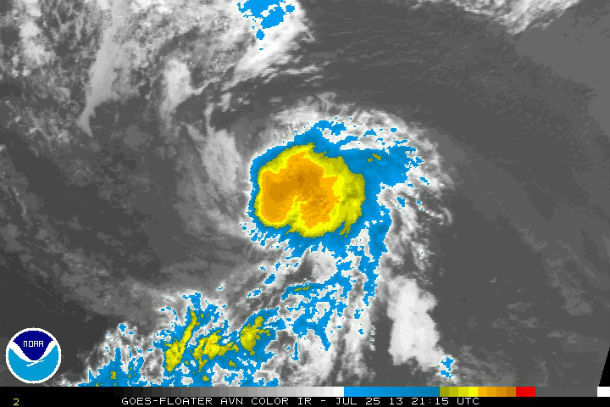 NHC's forecasters kept a close eye on Dorian over the last 24 hours as it traversed cooler sea surface temperatures, and survived. Dorian is now moving over and toward warmer waters and some slight strengthening is possible during the next 24 to 48 hours.