Hurricane season officially ends on November 30, and while the Atlantic season was relatively quiet, as predicted, the Pacific was at its most active in two decades, US meteorologists said.

A number of weather conditions this year, such as strong vertical wind shear, atmospheric stability and drier air across the tropical Atlantic, affected development of stronger systems in Atlantic. But in the Pacific, weak vertical wind shear, exceptional moisture, unstable air and high pressure in the upper atmosphere created a conducive environment for extended periods. 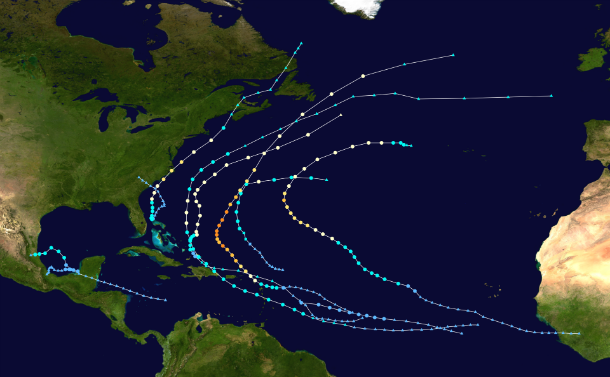 This map shows the tracks of all tropical cyclones in the 2014 Atlantic hurricane season. (Credit: NOAA/NHC)

2014 Atlantic hurricane season saw 8 tropical storms from June 1, compared with an average of 13. Six systems reached hurricane status, two of which were destructive major hurricanes. The strongest was Cristobal, which left four people dead in late August when it thrashed the Bahamas, Turks and Caicos Islands and the Dominican Republic with heavy rains causing serious flooding.

The last hurricane of the Atlantic season, Gonzalo, caused one death on the Franco-Dutch island of Saint Martin. Hurricane Arthur was the only system that made landfall in US, landing in North Carolina on July 4, 2014. 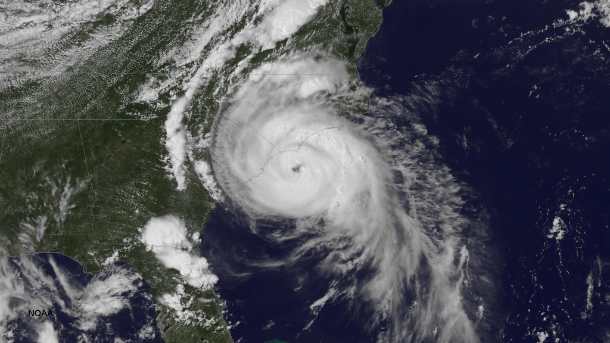 According to Gerry Bell, lead hurricane forecaster with the National Oceanic and Atmospheric Administration (NOAA), 2014 was more eventful than 2013, however, the two years combined represent the calmest period in the Atlantic since 1995. 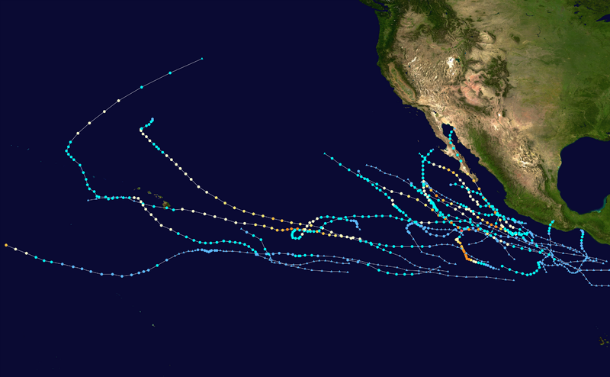 This map shows the tracks of all tropical cyclones in the 2014 Pacific hurricane season. (Credit: NOAA/NHC)

Pacific saw opposite trend, where the season was the most active since 1992. A total of 20 tropical storms were recorded in the Pacific, with 14 reaching hurricane status, and 8 becoming major hurricanes as of May 15.

The most damaging hurricane was Odile, which killed six people and caused $1 billion in damage on Mexico's Pacific coast, wreaking havoc in the luxury resort area of Los Cabos. 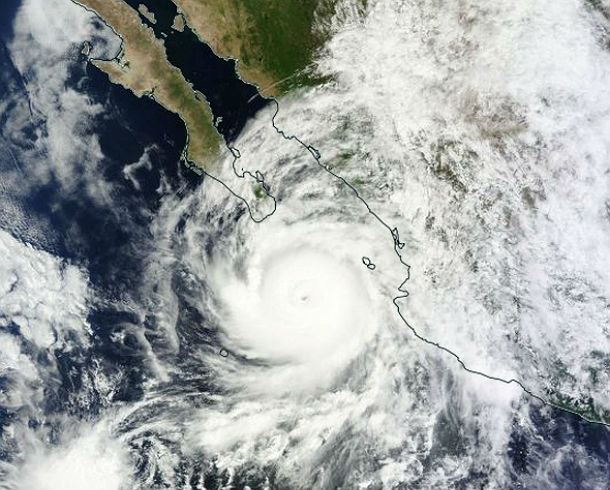 Featured image: Tracks of all tropical cyclones in the 2014 Pacific and Atlantic hurricane seasons. (Credit: NOAA/NHC)