Hurricane "Jimena", a tenth named storm of the 2015 eastern Pacific hurricane season, has evolved into a major hurricane in only a couple of days, and although is currently located well of the mainland, its rapid intensification requires a careful observation.

The hurricane formed in the eastern Pacific as a Tropical Depression "Thirteen-E" on August 26, 2015. The system's intensity has rapidly increased in only a couple of days.

At 03:00 UTC on August 29, the center of Hurricane "Jimena" was located 1 115 km (1 190 miles) southwest of the southern tip of Baja California. It was moving toward the west near 19 km/h (12 mph), and this general motion is expected to continue for the next 12 to 24 hours, according to latest NHC forecast. A turn toward the west-northwest is expected by late Saturday.

Maximum sustained winds have rapidly increased to near 205 km/h (125 mph) with higher gusts. This makes Jimena a category 3 hurricane on the Saffir-Simpson Hurricane Wind Scale. 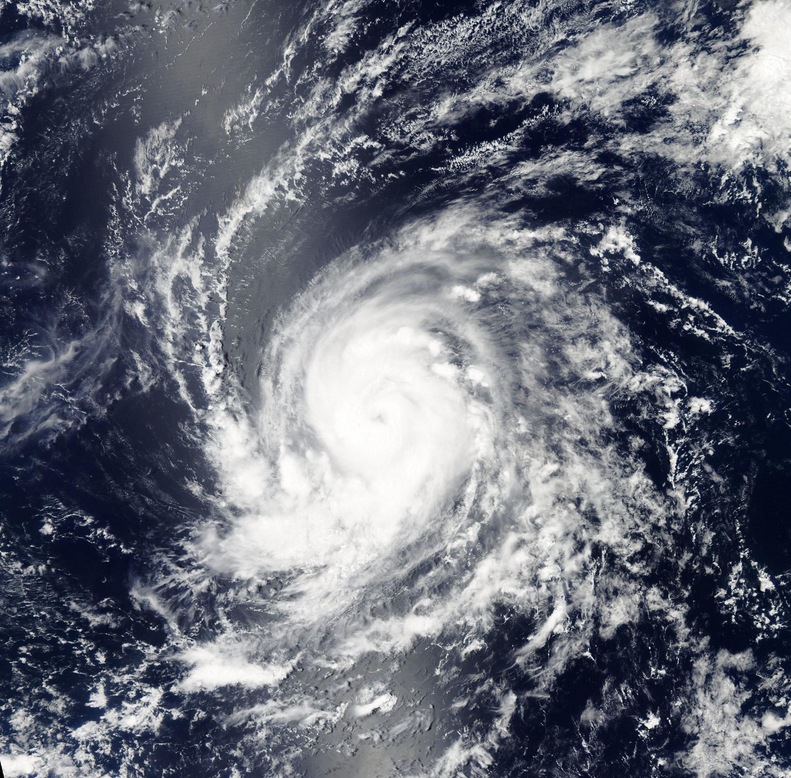 NHC expects additional strengthening during the next 24 hours, and Jimena is expected to reach near category 5 strength today. After that time, fluctuations in intensity are possible, but Jimena should remain a powerful hurricane. 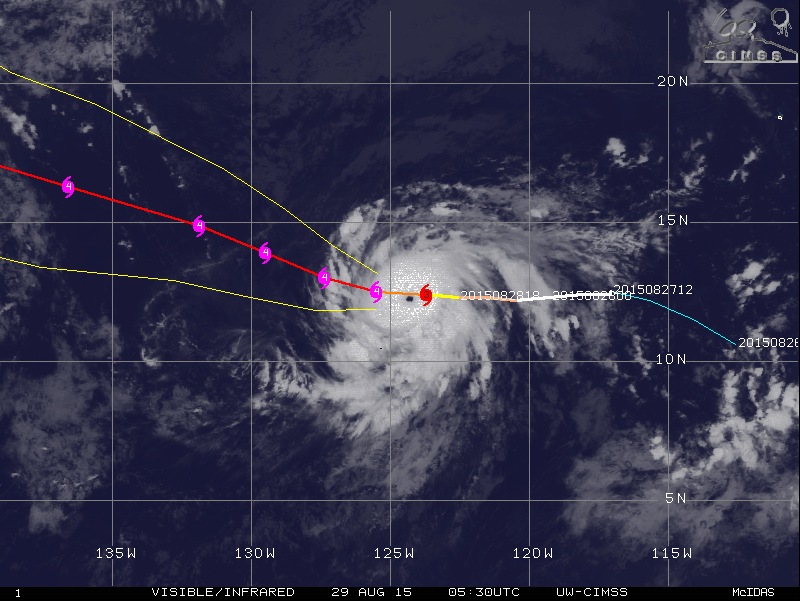 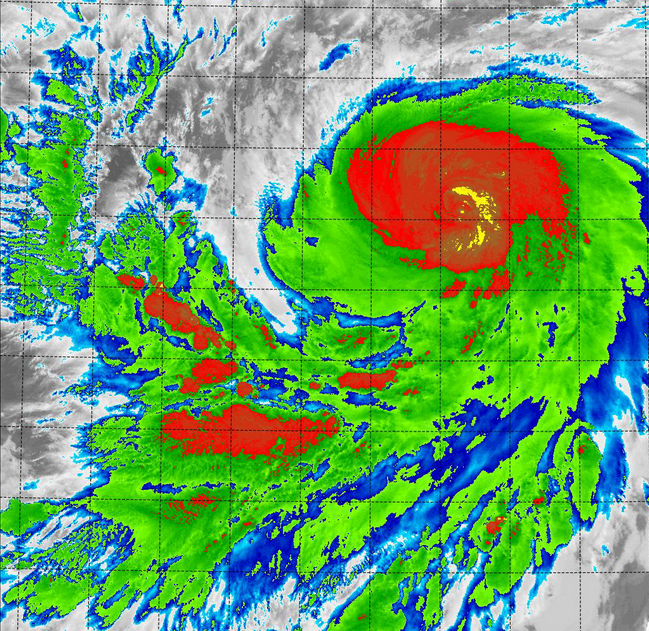 NASA-NOAA's Suomi NPP satellite flew over Hurricane "Jimena" at 10:16 UTC on August 28. The Visible Infrared Imaging Radiometer Suite (VIIRS) of the satellite has measured the cloud top temperatures below -53 ºC (-63 ºF), indicating a strong thunderstorm building up inside the hurricane's northern quadrant.

After August 30, a slightly drier air mass environment and cooler ocean waters are expected to lead to its gradual weakening. The system isn't expected to make a landfall over the next few days, however, due to its robust development, meteorologists will continue to carefully track its movement.