Hurricane "Ignacio" is another tropical system to form in the busy 2015 eastern Pacific hurricane season. The storm evolved into a hurricane through August 27, 2015 and is currently moving more than a thousand kilometers (over 620 miles) of the Hawaii islands. Although the latest advisory forecast the system will travel in parallel to the islands over the coming days, the situation requires careful monitoring.

Tropical Depression "Twelve-E" formed in the eastern Pacific on August 25, 2015 at 03:00 UTC, and it intensified into a Tropical Storm "Ignacio" on August 26. The storm evolved into a Category 1 hurricane through August 27, and has continued to gain strength since. 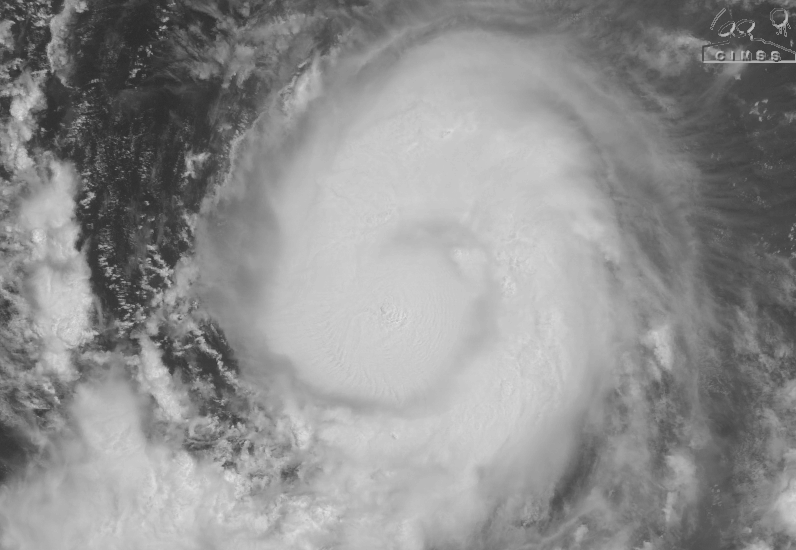 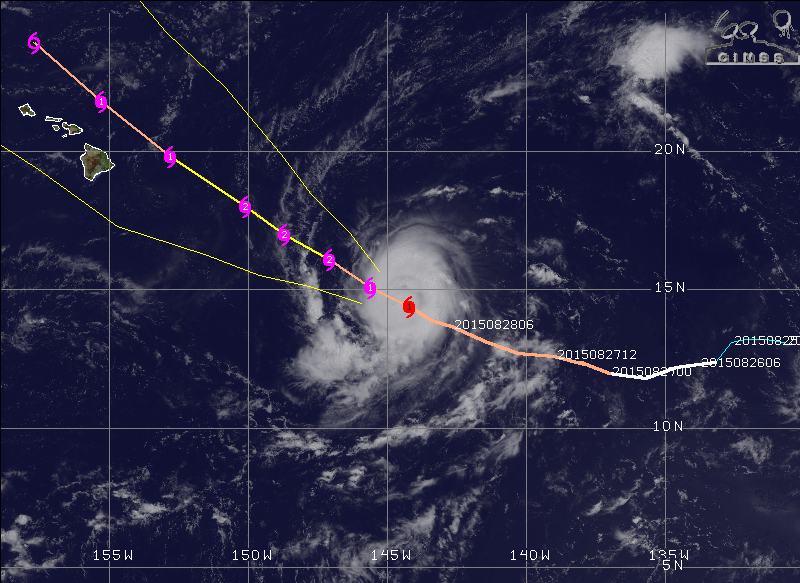 The winds of hurricane force extend up to 35 km (25 miles) outward from the center, while the tropical storm force winds have spread up to 130 km (80 miles) outward, according to NHC. 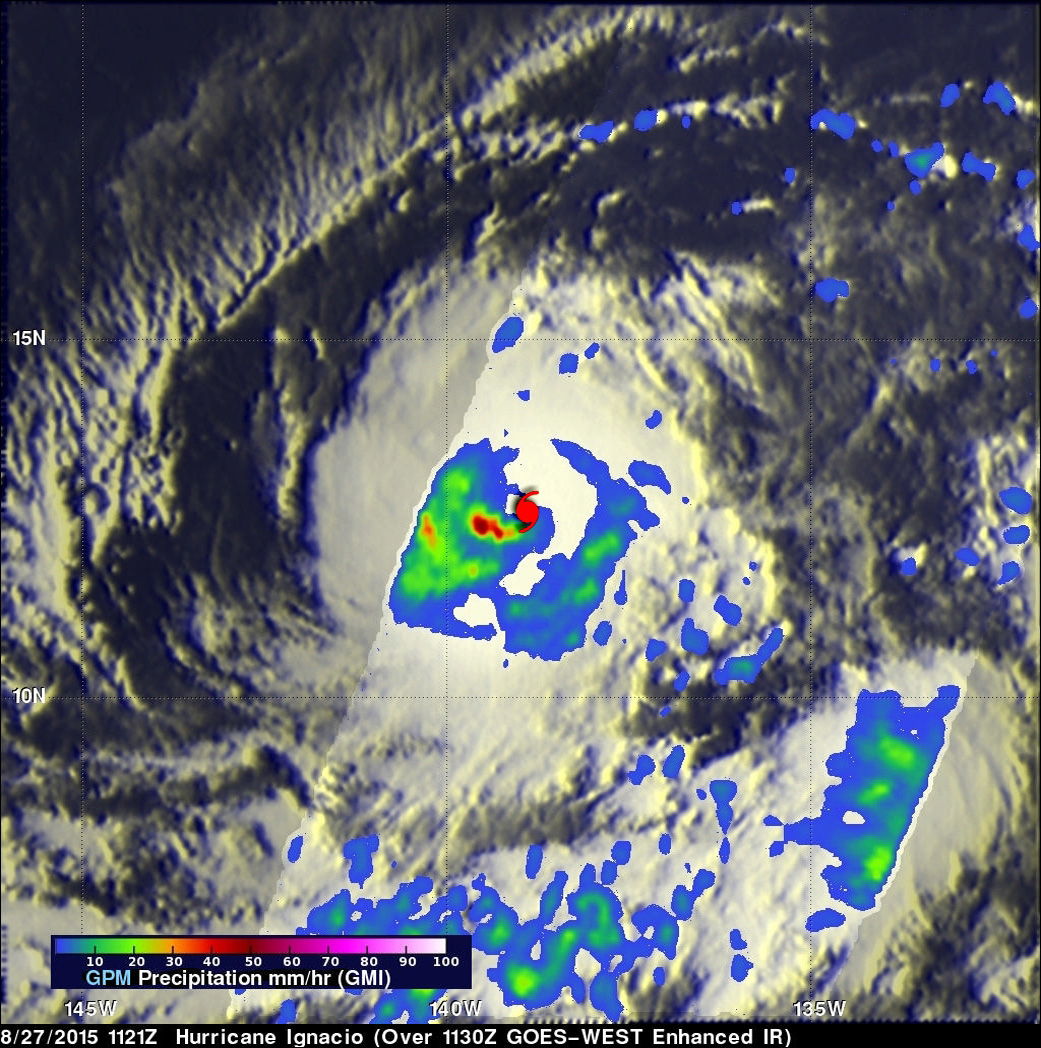 NASA's Global Precipitation Measurement (GPM) core satellite's Microwave Imager (GMI) measured the rainfall inside Ignacio on August 27 at 11:21 UTC. According to GMI, the rain was falling at a rate of over 60 mm (2.4 inches) per hour south of the eye of the hurricane.

As the system is currently moving over warm water and moist environment, it is expected to slowly gain strength, and hold to its current path, over the next 48 hours. After that, hurricane's intensity will most likely begin to weaken.

Ignacio will pass near the Hawaii islands during the weekend of August 29 and August 30. While there are currently no watches effective, the situation will require careful monitoring over the coming days.