There were no radio signatures that would suggest Coronal Mass Ejections (CMEs) were produced.

This region still has 'Beta-Gamma-Delta' magnetic configuration, but is decaying and about to start its farside rotation. 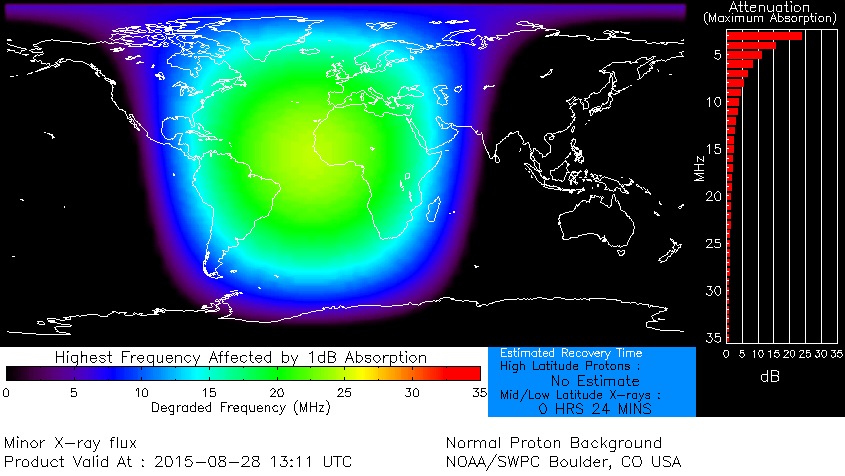 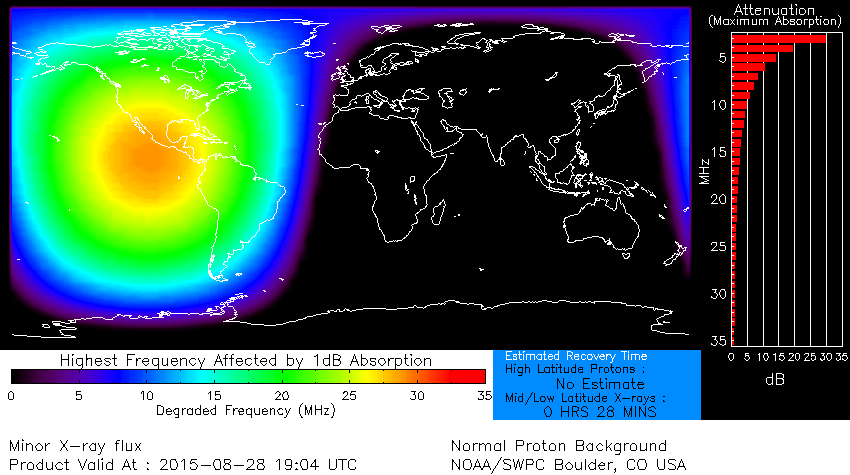 There are currently only two numbered sunspot regions on the Earth side of the Sun. 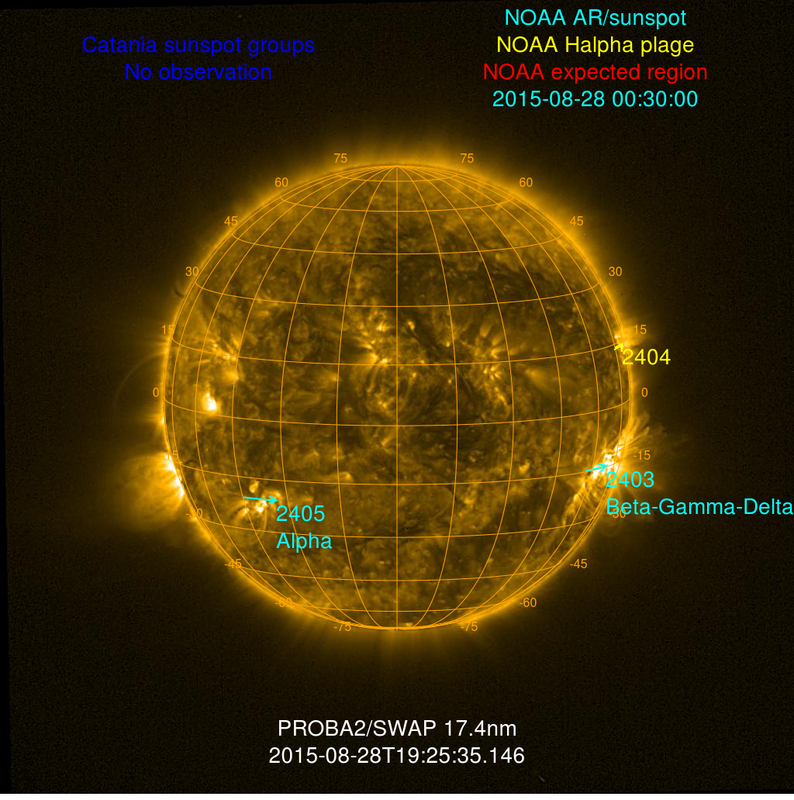 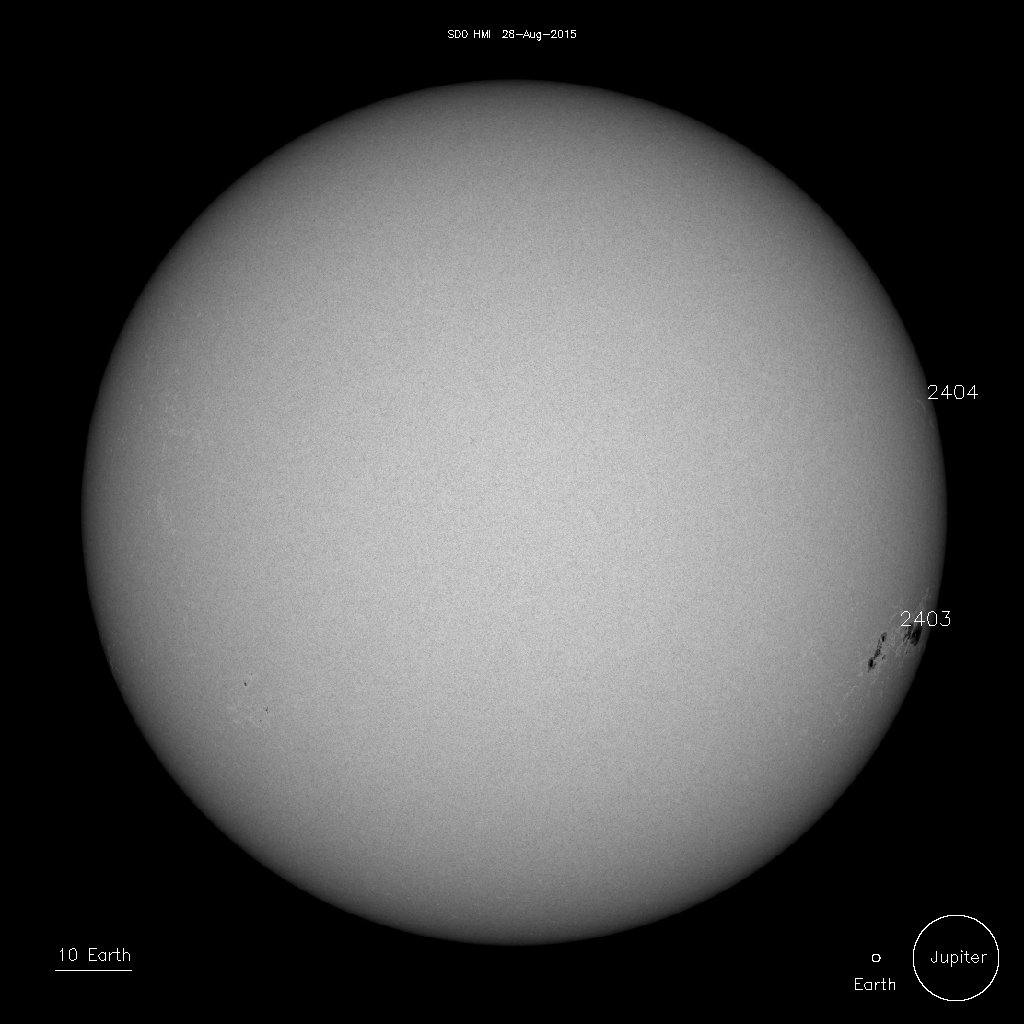 Geomagnetic field was at active to major storm (G2-Moderate) levels on August 27 and 28 due to slow-moving August 22 CME.

Solar wind parameters are enhanced and are expected to continue at these levels on August 28 in response to lingering CME effects and the arrival of co-rotating interaction region (CIR) ahead of a negative polarity coronal hole high speed stream (CH HSS). 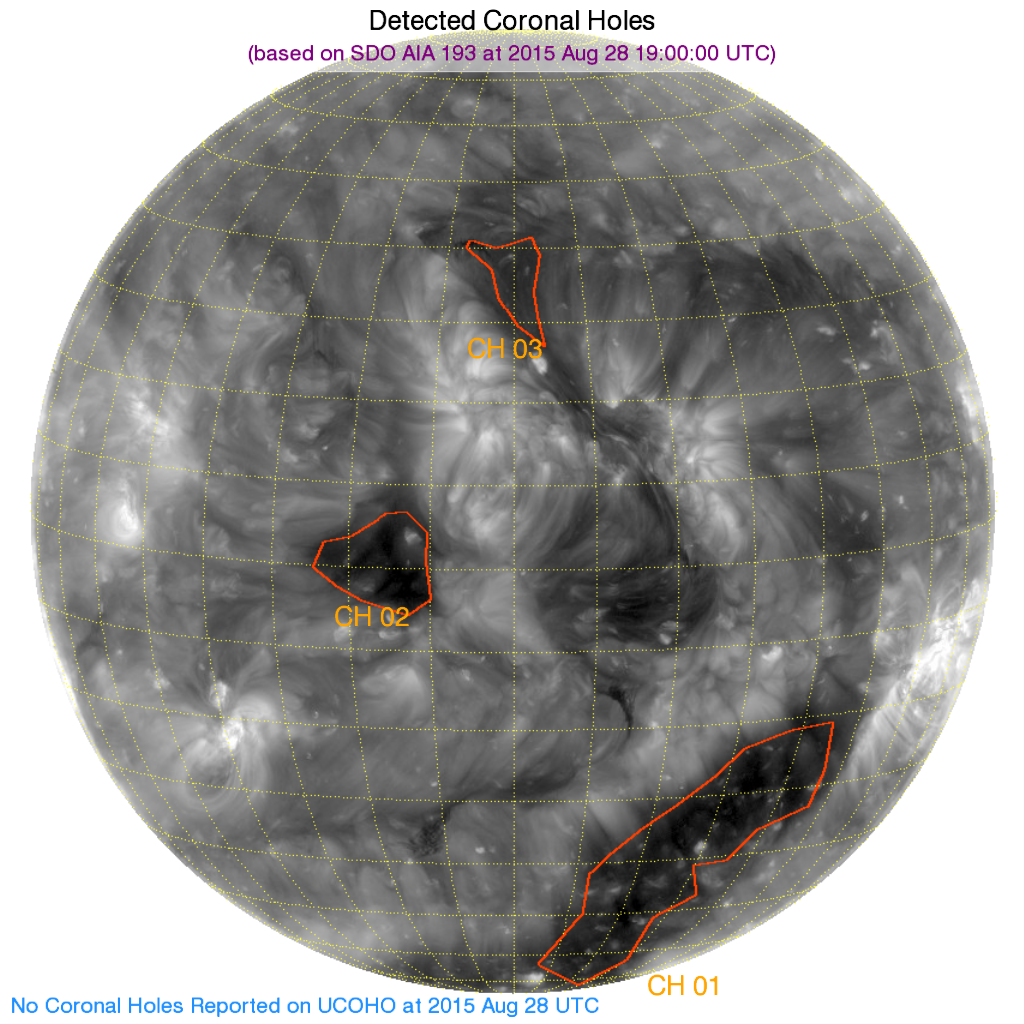 A gradual decrease in solar wind parameters is expected on August 30 as CH HSS effects begin to wane.