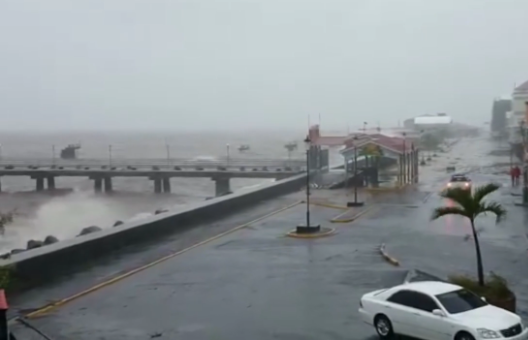 Tropical Storm "Erika" hit the Leeward Islands, bringing heavy rains and strong winds, on August 27, 2015. Catastrophic flooding and mudslides claimed numerous lives and devastated infrastructure on the island of Dominica. In the next two days Erika will approach the Turks and Caicos Islands, and move towards the Bahamas. By August 31, the storm will reach the Florida state, however, it's difficult to forecast the intensity of its landfall for the time being. Meteorologists recommend further monitoring of the situation.

Erika, the fifth named tropical storm of the 2015 Atlantic hurricane season, formed over the central tropical Atlantic on August 25, and reached the island of Dominica, on August 27. Extreme flooding and mudslides claimed at least 25 lives and about 80% of the island was cut off the electricity and power supplies, media reported on August 28. 20 people went missing on the Lesser Antilles Island, and numerous homes have been devastated. 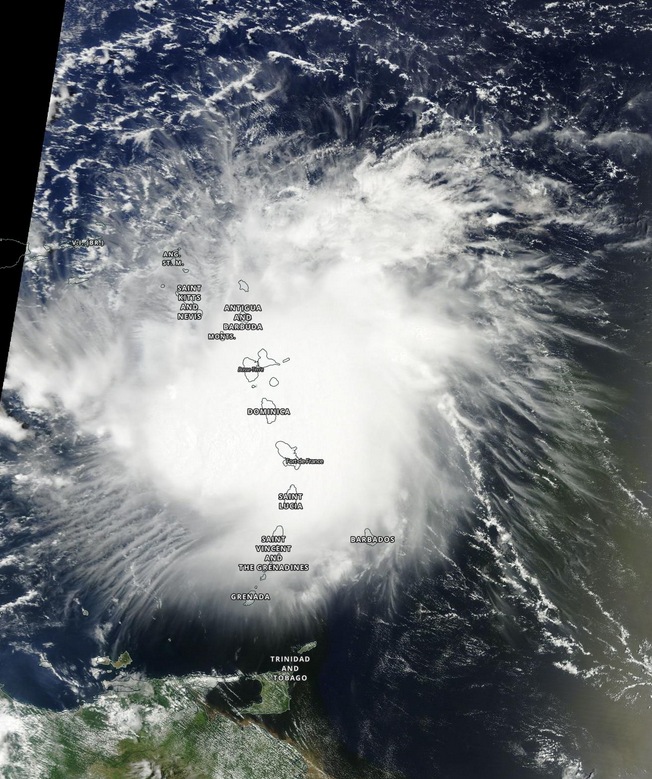 Over 30 flights have been canceled through August 28, due to heavy storm conditions, in Puerto Rico and Antica. The ferry transportation has also been suspended between the main island and the islands of Culebra and Vieques, as of August 27, according to the Puerto Rico officials. 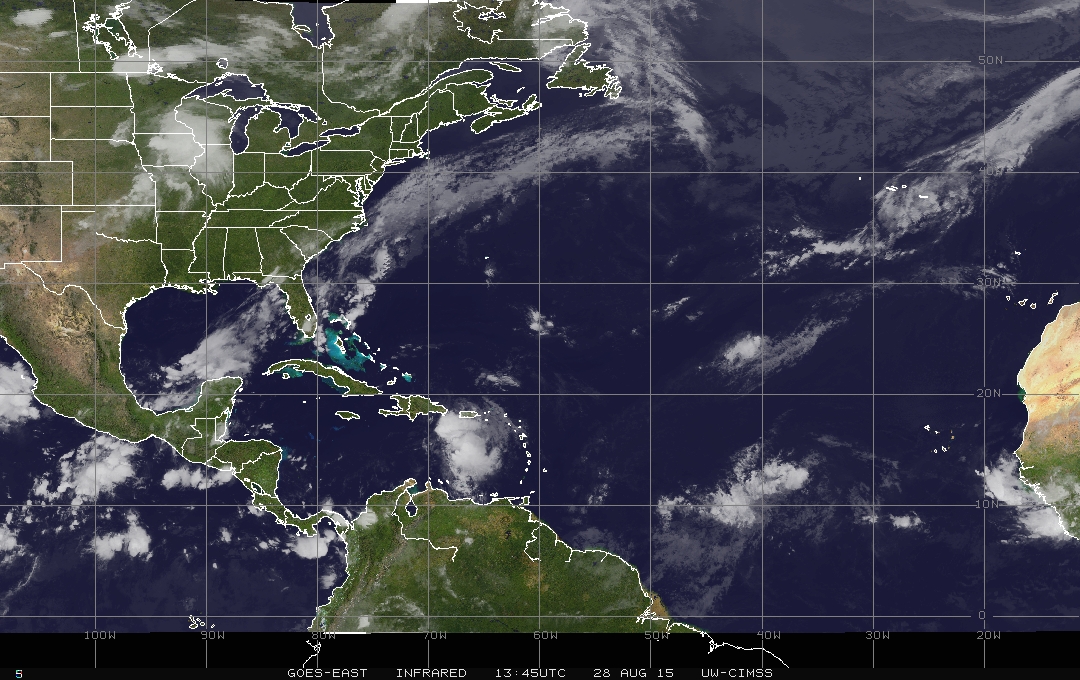 Tropical Storm "Erika" was located 250 km (155 miles) east-southeast of Santo Domingo Dominican Republic and approximately 690 km (430 miles) east-southeast of Great Inagua Island, as of August 28, 09:00 UTC. It was heading west-northwestward at 28 km/h (17 mph) packing winds of maximum sustained speed of 85 km/h (50 mph). The central pressure was estimated at 1006 hPa, according to the National Hurricane Center (NHC).

Erika is forecasted to remain on its current path over the next 48 hours. The center of the system will move over the Dominican Republic, and approach the Turks and Caicos Islands on August 28. It will continue moving near the central and northwestern Bahamas during the night of August 29.

Winds of tropical force are estimated to extend up to 240 km (150 miles) to the north and east of the storm's center. Wind speeds of 84 km/h (52mph) were reported on the Weatherflow station in Las Mareas, Puerto Rico on August 28. 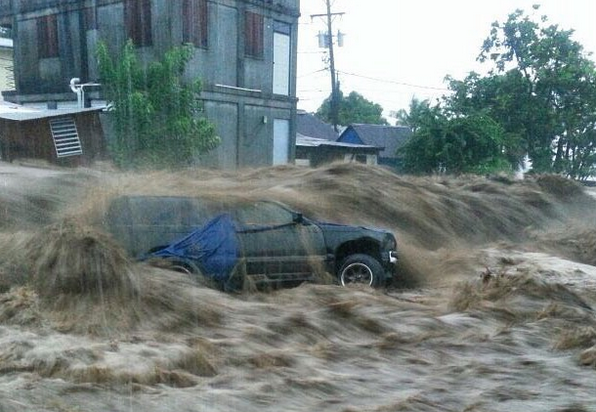 The storm is expected to produce a rainfall accumulation between 101.6 and 203.2 mm (4 to 8 inches) with a maximum amount of precipitation estimated at 304.8 mm (12 inches) across the Virgin Islands, Puerto Rico, the Dominican Republic and Haiti, the Turks and Caicos Islands and the southeastern and central Bahamas through August 29. Heavy downpours could cause severe flash floods and mudslides across the affected areas, NHC warned.

A Tropical Storm Warning has been issued for the south coast of the Dominican Republic, central Bahamas including the Cat Island, Exumas, Long Island, Rum Cay and San Salvador. A Tropical Storm Watch is in effect for the northwestern Bahamas including the Abacos, Andros Island, Berry Islands, Bimini, Eleuthera, Grand Bahama Island and New Providence. 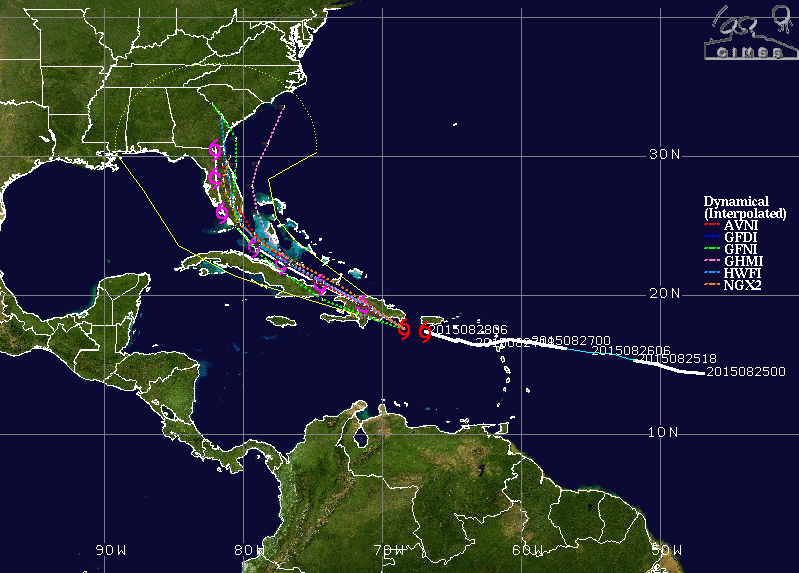 The system is expected to reach Florida by August 31, however the forecast of it's intensity remain highly uncertain after the next 48 hours, as "Erika"'s center remains highly disorganized, and it's path is highly dependent on the strength of wind shear and effects of land interaction.

Florida Governor Rick Scott urged the residents to remain cautious and follow news reports. He advised the coastal residents to prepare a three day supply of food and water, make sure they know the locations of emergency shelters and check upon the elderly and infirm friends and relatives.