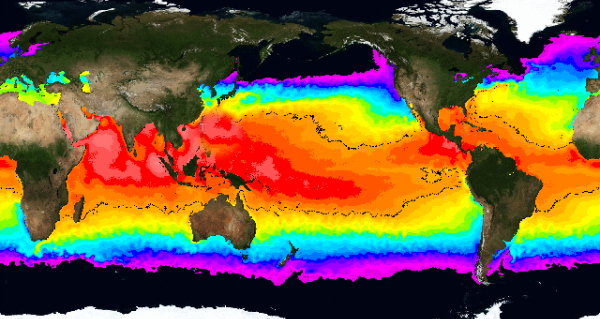 The official start of hurricane season is June 1, though four named tropical storms in May – Alberto and Beryl in the Atlantic, Aletta and Bud in the Pacific – came little earlier. These early home-grown storms are not necessarily a predictor of the August to October season, which is dominated by Cape Verde storms. The Hurricane Research Division of the National Oceanic and Atmospheric Administration (NOAA) announced on May 24, 2012, that it is expecting a near-normal season, with nine to fifteen named storms and four to eight hurricanes. According to NOAA, an average season between 1980 to 2010 produced 12 named storms with six hurricanes, including three major hurricanes. 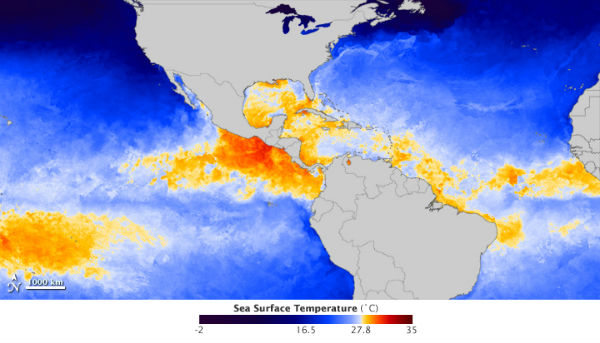 The 2012 hurricane season in North and Central America arrives with a muddled outlook. Sea surface temperatures are not particularly warm or cool, and the El Nino–Southern Oscillation (ENSO) is drifting in a neutral state (NASA climate scientist Bill Patzert dubbed it “La Nada”). Meteorologists often look to ENSO for a sense of whether atmospheric weather patterns will promote or tamp down hurricane formation. In general, researchers believe that El Nino reduces hurricane activity and La Nina promotes it. But the science on the matter is not really settled, and it may be that ENSO affects the number but not necessarily the intensity of storms. La Nina just ended earlier this spring, and the next El Nino may be some months off.

The waters look on the slightly cool side across some of the ‘main development region (MDR)’—the tropical band extending over the east and central Atlantic off Africa. This situation could persist for several months as we get into the high season. 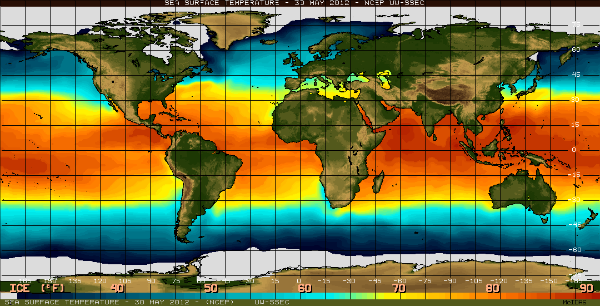 Forecasters estimate a 70 % chance of 12 to 18 named storms, which includes 5 to 9 hurricanes. Regardless of the predictions, the key to hurricane season is vigilance. The experts warn to stay “super prepared”.