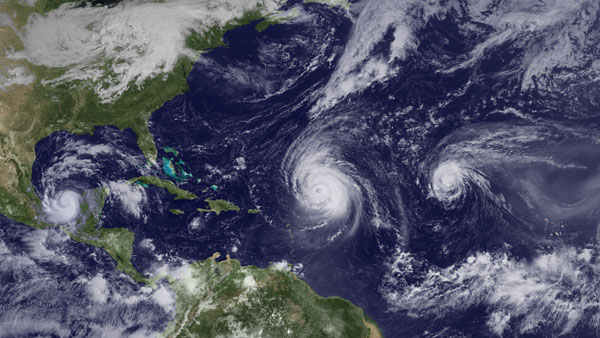 June 1 marks the beginning of Atlantic hurricane season. On May 23, 2013 NOAA's Climate Prediction Center released its 2013 Atlantic Hurricane Season Forecast, predicting an active season. NOAA classifies 12 of the 18 seasons since 1995 as above normal, with eight being very active.

NOAA predicts (with 70% like hood) 13 to 20 named storms total, between 7 and 11 of which will be hurricanes, with 3 to 6 major hurricanes. An average for Atlantic hurricane season is 12 named storms, 6 hurricanes and 3 major hurricanes, so we can say NOAA calls for an above-average active season. NHC points that this year's season may unleash stronger storms than in the last couple of years.

After Hurricane Sandy experience, NOAA warns that tropical storm and hurricane impacts are not limited only to the coastline, but strong winds, torrential rain, flooding and tornadoes often threaten further inland areas. 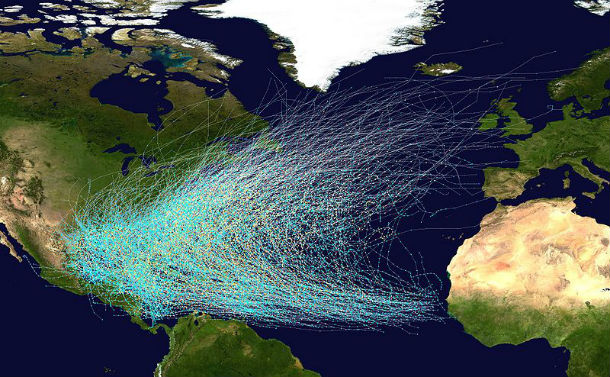 This map shows the tracks of all Atlantic hurricanes which formed between 1851 and 2005. The points show the locations of the storms at six-hourly intervals and use the color scheme shown to the right from Saffir-Simpson Hurricane Scale. (Credit: NOAA/NHC)

Oceanic and atmospheric conditions in the Atlantic basin are expected to produce more and stronger hurricanes. Three climate factors that  A continuation of the atmospheric climate pattern, which includes a strong west African monsoon (responsible for the ongoing era of high activity for Atlantic hurricanes), warmer-than-average water temperatures in the tropical Atlantic Ocean and Caribbean Sea and weak El Niño phenomena will strongly influence Atlantic hurricane activity.

This year's season will be tracked with improved to forecast models, data gathering and the National Hurricane Center communication procedure for post-tropical cyclones. From July, a new supercomputer will run an upgraded Hurricane Weather Research and Forecasting (HWRF) model that provides significantly enhanced depiction of storm structure and improved storm intensity forecast guidance. NOAA’s Hurricane Hunter aircraft will use new Doppler radar data transmitted in real-time This will help forecasters better analyze rapidly evolving storm conditions, and these data could further improve the HWRF model forecasts by 10 to 15 %. 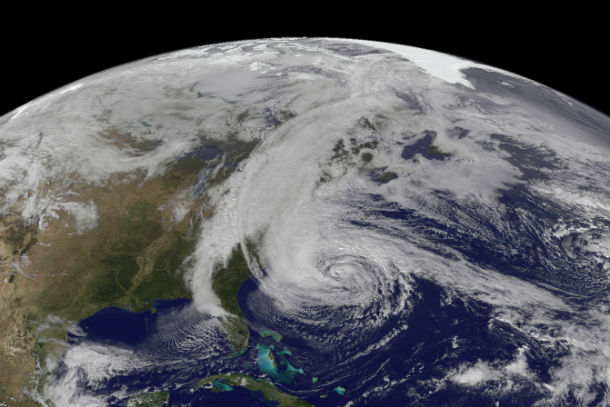 The following names will be used for named storms that form in the North Atlantic in 2013: 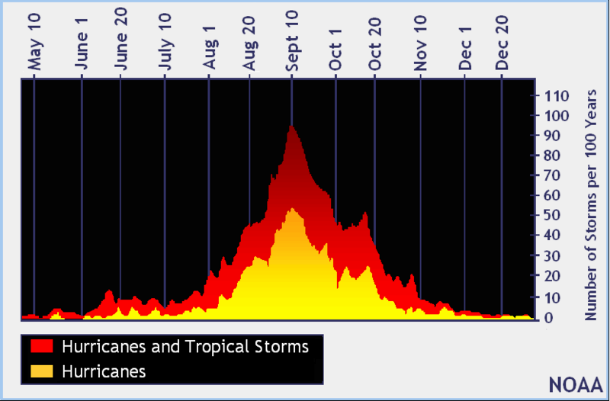 The 2012 Atlantic Hurricane Season had 19 named storms with 10 hurricanes. It was relatively active season was a relatively active one, with 7 storms above average. Although the official season started with June 1, last year's season started off early with Alberto and Beryl appearing in May. Later on, Isaac pummeled the Gulf Coast, and in October, Sandy caused destruction throughout the Northeast.

This bar chart shows the number of named storms and hurricanes per year from 1851-2012:

Featured image: Hurricanes Karl, Igor and Julia over the Atlantic in 2010. Courtesy NOAA(Credit:NOAA/NASA)