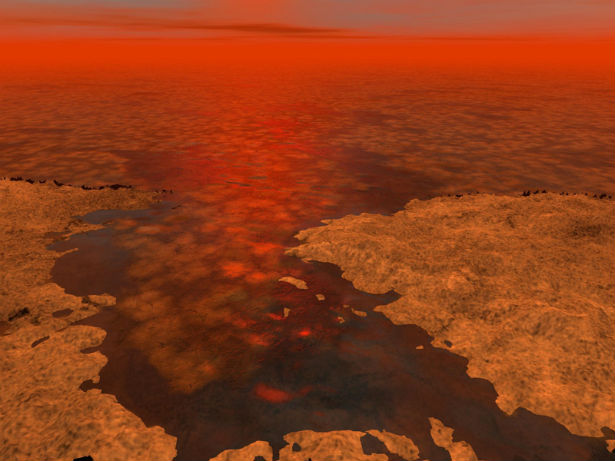 According to the two new models, Saturn`s moon Titan may be affected by some harsh weather as it heads into its spring and summer seasons. Experts are of the opinion that as the seasons change in Titan's northern hemisphere, hurricanes could begin to churn and waves might ripple across the moon's hydrocarbon seas.

This wave predicting model is an effort to try to explain the data from Titan that was acquired by NASA`s Cassini spacecraft. Both models enable team members to make plans when and where to look for odd atmospheric disturbances as Titan summer comes.

If you think being a weather forecaster on Earth is difficult, it can be even more challenging at Titan, pointed Scott Edgington, Cassini's deputy project scientist at NASA's Jet Propulsion Laboratory, Pasadena, California, US.

"We know there are weather processes similar to Earth's at work on this strange world, but differences arise due to the presence of unfamiliar liquids like methane. We can't wait for Cassini to tell us whether our forecasts are right as it continues its tour through Titan spring into the start of northern summer," said Edgington.

The north polar region of Titan, covered with extending hydrocarbon seas and lakes, was dark when Cassini first came at the Saturn system in 2004.Sunlight has been gliding up Titan's northern hemisphere from August 2009, at the time when the sun's light passed the equatorial plane at equinox.The seasons of Titan take around seven Earth years to change. By the end of Cassini's mission, in 2017, Titan will be approaching northern solstice.

Scientists were perplexed about why they hadn't yet detected any wind-driven waves on the lakes and seas, because dunes caused by wind were already observed by Cassini on Titan. 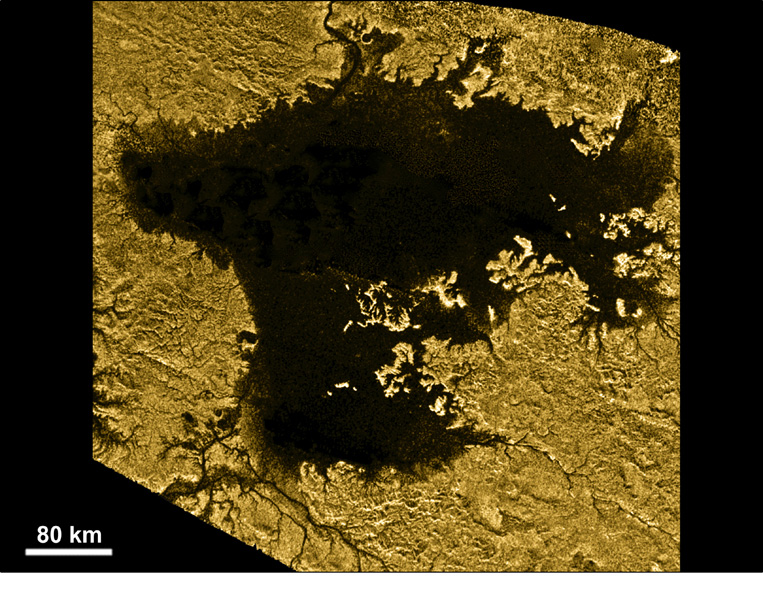 Ligeia Mare, shown in here in data obtained by NASA's Cassini spacecraft, is the second largest known body of liquid on Saturn's moon Titan. It is filled with liquid hydrocarbons, such as ethane and methane, and is one of the many seas and lakes that bejewel Titan's north polar region. Cassini has yet to observe waves on Ligeia Mare and will look again during its next encounter on May 23, 2013.The image is a false-color mosaic of synthetic aperture radar images obtained by the Cassini spacecraft between February 2006 and April 2007. Features thought to be liquid are shown in blue and black and areas likely to be solid surface are tinted brown.

The Cassini-Huygens mission is a cooperative project of NASA, the European Space Agency and the Italian Space Agency. NASA's Jet Propulsion Laboratory, a division of the California Institute of Technology in Pasadena, manages the mission for NASA's Science Mission Directorate, Washington, DC. The Cassini orbiter was designed, developed and assembled at JPL. The radar instrument was built by JPL and the Italian Space Agency, working with team members from the United States and several European countries.
Image credit:NASA/JPL-Caltech/ASI/Cornell

The new model by Cassini's radar team who is based at Cornell University, Ithaca, N.Y., is just published in the journal Icarus, and it improves upon earlier ones by simultaneously accounting for Titan's gravity; the viscosity and surface tension of the hydrocarbon liquid in the lakes; and the air-to-liquid density ratio. Researchers now know that the wind speeds predicted during the times Cassini has observed Titan have been below the threshold necessary to generate waves.

"What is exciting, however, is that the wind speeds predicted during northern spring and summer approach those necessary to generate wind waves in liquid ethane and/or methane. It may soon be possible to catch a wave in one of the solar system's most exotic locations," Alex Hayes, a member of Cassini's radar team.

The new model shows that winds of 2 to 3 kilometers per hour are required to produce waves on Titans lakes, a velocity that has not yet been reached throughout Titan's presently calm period. But as spring and summer approach Titans northern hemisphere, alternative models predict the winds might increase to 3 kilometers per hour or more. Determined by the constitution of the lakes, winds of that velocity might be enough to generate waves 0.15 meter high. 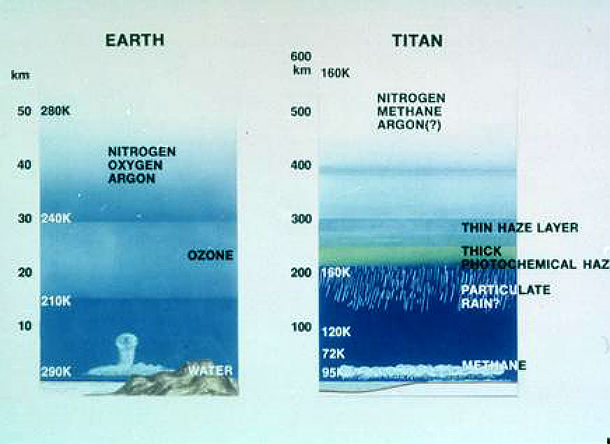 The other model referring to hurricanes, also published in Icarus, predicts that the warming of the northern hemisphere might cause hurricanes known as tropical cyclones. Tropical cyclones on our planet obtain their force from the build-up of heat from the evaporation of seawater and smaller variations have been observed over large lakes. The recent work on models, governed by by Tetsuya Tokano of the University of Cologne, Germany, found that the same processes could be at work on Titan also, with the difference in that it is methane, not water that evaporates from the seas. It is most likely that these hurricanes might occur during Titan's northern summer solstice, when the sea surface gets hotter and the flow of the air close to the surface becomes more turbulent. The moist air would swirl counterclockwise over the surface of one of the northern seas and build up the surface wind over the seas to probably around 70 kilometers per hour.

For these hurricanes to develop at Titan, there needs to be the right mix of hydrocarbons in these seas, and we still don't know their exact composition, Tokano stated. He added that if we see hurricanes, that would be one good indicator that there is enough methane in these lakes to support this kind of activity. So far, scientists haven't yet been able to detect methane directly.

Featured image: This artist's concept envisions what hydrocarbon ice forming on a liquid hydrocarbon sea of Saturn's moon Titan might look like. A new model from scientists on NASA's Cassini mission suggests that clumps of methane-and-ethane-rich ice — shown here as the lighter-colored clusters — could float under some conditions. (Credit: NASA/JPL-Caltech/USGS)