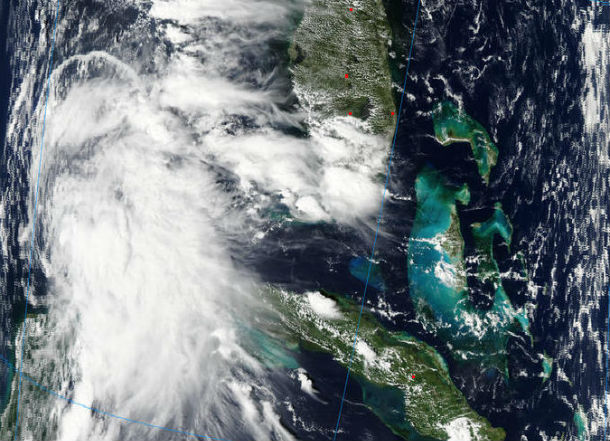 Area of showers and thunderstorms across the southern and central Caribbean since last week developed into the Tropical Storm Karen in the Gulf of Mexico. This system is moving into the southern United States with gusty winds, heavy rain and rough seas. 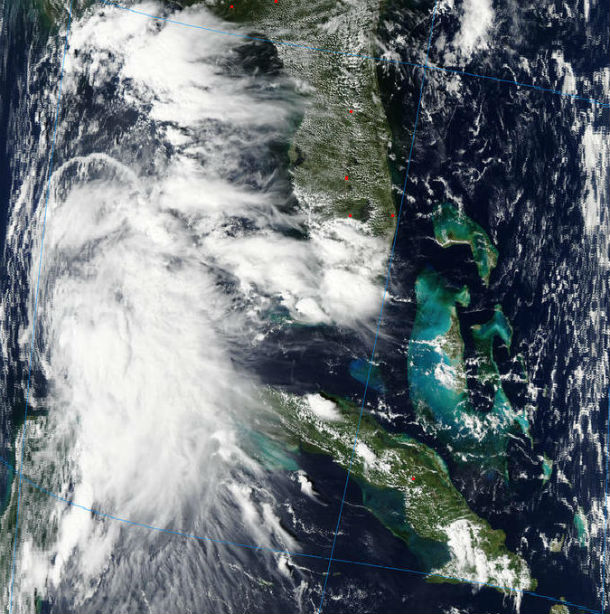 According to latest public advisory issued by National Hurricane Center (NHC), the center of TS Karen is located about 400 miles (650 km) S of the mouth of the Mississippi River. The system is moving north-northwestward at speed of 12 mph (19 km/h) with maximum sustained winds at 65 mph (100 km/h). Tropical storm force winds extend outward up to 140 miles (220 km), mainly to the north and east of the center. The latest minimum central pressure measured by the NOAA aircraft was 999 mb (29.50 inches). Some strengthening is forecast in the next day or so and Karen is expected to be at or near hurricane strength in the next 24 to 48 hours.

Karen should make landfall along the upper Gulf Coast from southeast of New Orleans to west of Panama City, Florida. Given the NHC forecast track and intensity forecast, Tropical Storm Warning has been issued for a portion of southeastern Louisiana. The frequency and strength of rip currents will increase along with the possibility of beach erosion along central and eastern Gulf of Mexico.

Karen is forecasted to move along a curved northward path over the central Gulf of Mexico with turn toward the northeast in the days ahead. The combination of storm surge and the tide will cause normally dry areas near the coast to be flooded by rising waters. 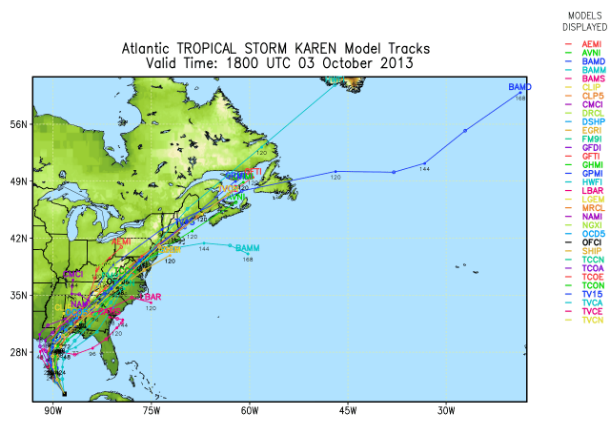 There is a small chance that Karen reach a hurricane status prior to making landfall.