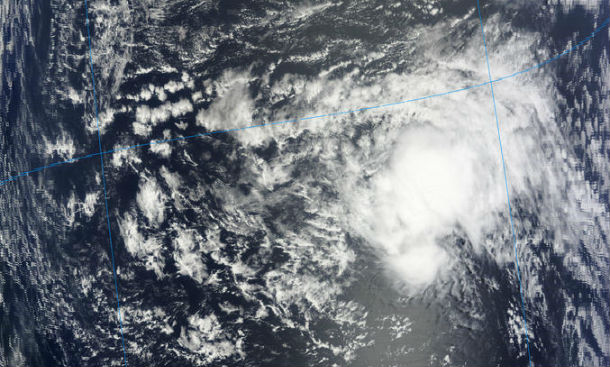 Tropical disturbance in the middle of Atlantic ocean became fourth named storm of 2013 Atlantic hurricane season and was named Dorian. Under the influence of westerly shear and drier air, Tropical Storm Dorian became disorganized and it is expected to become even less organized in the days ahead. At this point, it looks like storm is unlikely to become a major hurricane. The system could degenerate into an open wave in the next 5 days. 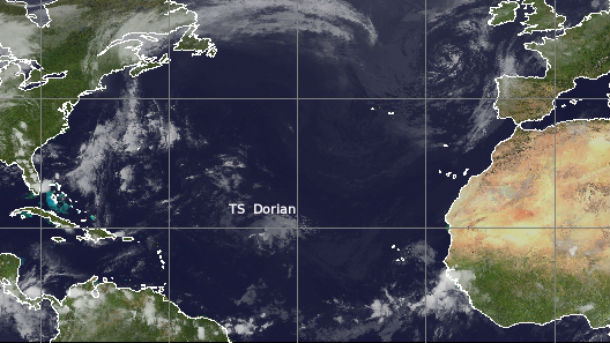 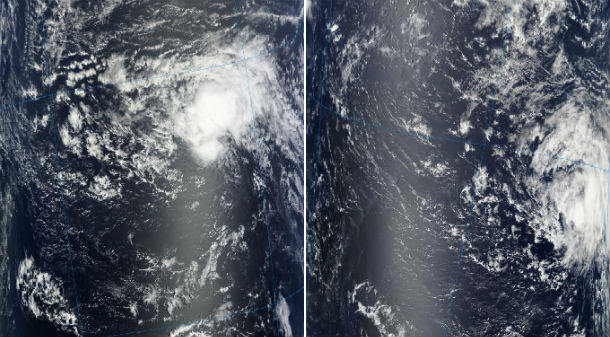 According to latest public advisory (#11) issued by US National Hurricane Center (NHC), the center of Tropical Storm Dorian (TS4) was located about 1135 miles (1830 km) E of the northern Leeward Islands. The system is moving westward at speed of 22 mph (35 km/h). Maximum sustained winds have decreased to near 45 mph (75 km/h). Sustained winds must reach 74 mph for the system to be classified as a hurricane.

Tropical Storm Dorian is moving rapidly westward, slightly to the south of the previous track. A strong low- to mid-level high pressure system to the north of Dorian is forecast to build westward with time by the global models. This should maintain a generally westward motion for the next several days.

Additional weakening is forecast during the next 48 hours. NHC noted that Dorian's disorganization is possibly due to a combination of southwesterly vertical wind shear and mid to upper-level dry air.

Dorian should track north of the Leeward Islands by July 28 and nearby to the north of Puerto Rico by July 29, 2013. It would pass somewhere between Hispaniola and the Turks and Caicos during the middle of next week. 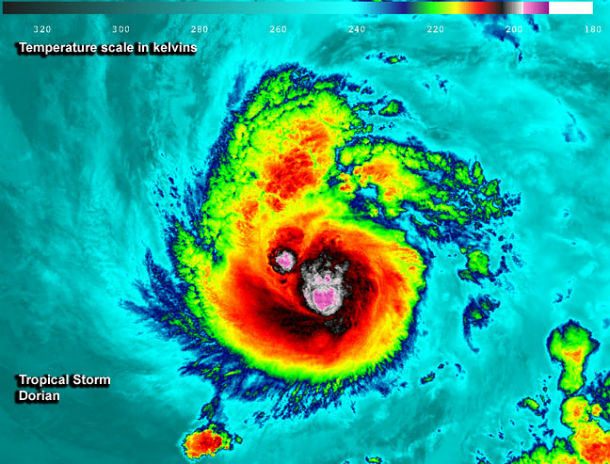 This night-time, infrared image of Tropical Storm Dorian was taken from the VIIRS instrument aboard the Suomi-NPP satellite on July 25, 2013 at 03:52 UTC. The red and purple areas are very high thunderstorms. (Credit: UWI-Madison/NASA-NOAA)