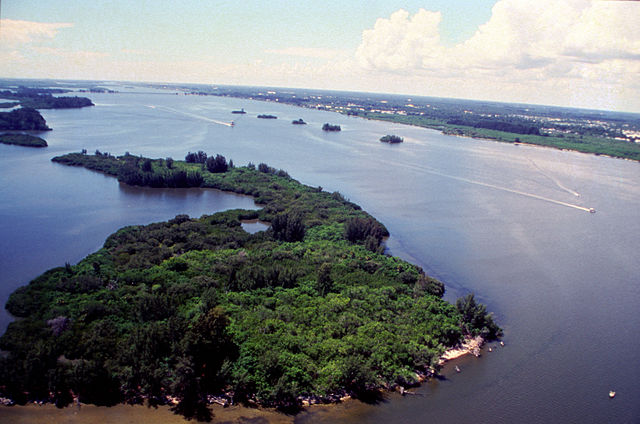 On July 24, 2013 NOAA declared the mass die-off of bottlenose dolphins in Florida's Indian River Lagoon an "Unusual Mortality Event" – UME. This declaration will send federal resources and scientists to help teams already on the ground.

Indian River Lagoon suffered this year the worst bottlenose dolphin die-off on record. At least 54 of them mysteriously died since January and investigation so far showed both sexes and all ages are affected. All of them are thin and bony. (It is estimated that between 200 – 800 such dolphins live in the lagoon.)

The lagoon is troubled ecosystem and had numerous die-offs so far but scientists don't know if they are linked. Multiple investigations are ongoing.

This is the second time this year that NOAA has declared an UME for marine mammals in the lagoon. This is also the third time UME has been declared for dolphins in the lagoon, and what caused the others (2001 and 2008) remains a mystery.

The Indian River Lagoon is North America’s most diverse estuary with more than 4,300 species of plants (2,100) and animals (2,200), including 35 that are listed as threatened or endangered — more than any other estuary in North America. The Lagoon varies in width from .5 to 5 miles (0.80 to 8.0 km) and averages 4 feet (1.2 m) in depth. It serves as a spawning and nursery ground for many different species of oceanic and lagoon fish and shellfish. The lagoon also has one of the most diverse bird populations anywhere in America. Nearly 1/3 of the nation’s manatee population lives here or migrates through the Lagoon seasonally. In addition, its ocean beaches provide one of the densest sea turtle nesting areas found in the Western Hemisphere. (IRL) 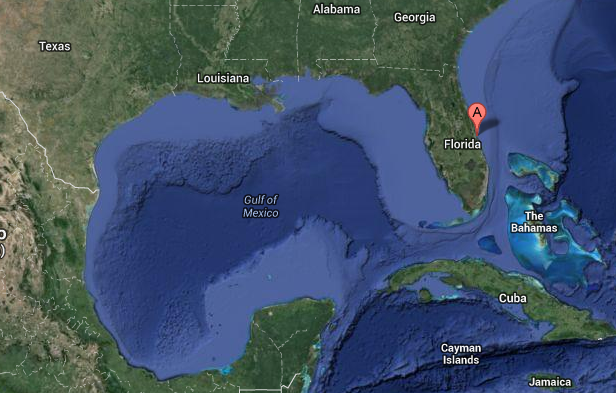 Northern Gulf of Mexico has even bigger problem since BP oil spill in 2010:

Under the Marine Mammal Protection Act of 1972, an Unusual Mortality Event has been declared for dolphins and whales (cetaceans) in the northern Gulf of Mexico (Texas/ Louisiana border through Franklin County, FL) from February 2010 through the present. Investigation is also in progress. 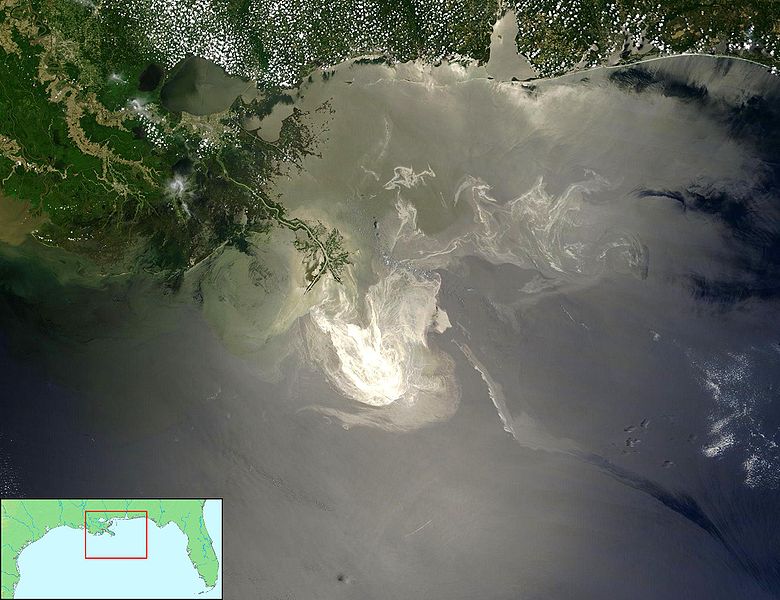 These numbers are preliminary and may be subject to change. As of July 21, 2013, the UME involves 1026 Cetacean "strandings" in the Northern Gulf of Mexico (5% stranded alive and 95% stranded dead). Of these:

*This number includes 6 dolphins that were killed incidental to fish related scientific data collection and 1 dolphin killed incidental to trawl relocation for a dredging project.
**The initial response phase ended for all four states on November 2, 2010. Response re-opened for eastern and central Louisiana on December 3, 2010 and closed again on May 25, 2011.
Source: NOAA 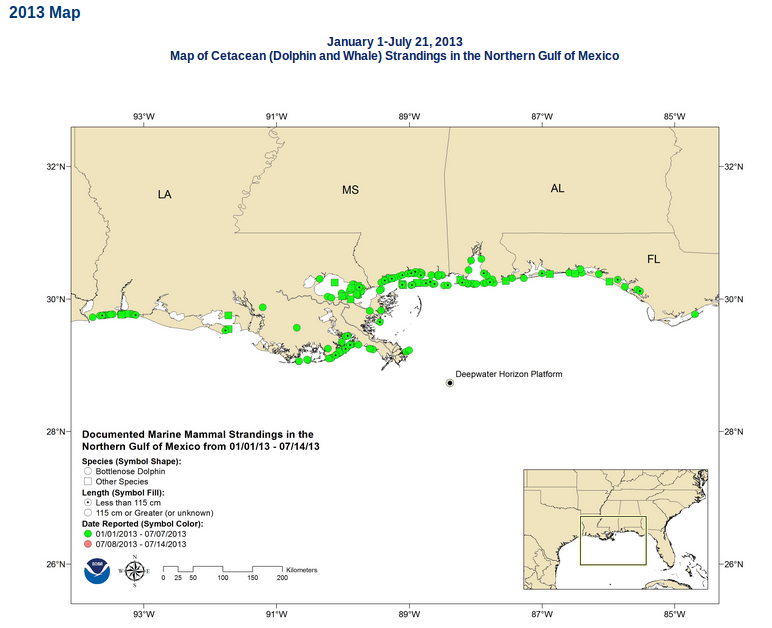 Bottlenose dolphins are shown as circles and other species as squares. Bottlenose dolphins with reported actual or estimated lengths of less than 115 cm are shown as a circle with a black dot inside. Pink markers show the most recent week of data while green markers are all other cases since January 1, 2013. See a larger map here.