Tropical Storm Yagi lost its tropical characteristics. The system has weakened into a tropical depression and has slowed down in its northward movement south of Japan. Yagi no longer poses any direct threat to Japan. An upper-level low pressure area from the north of Yagi has moved closer to the storm’s center on June 11, 2013, suppressing thunderstorm development. Yagi has moved into cooler waters that can`t maintain a tropical cyclone and is expected to become a cold-core low pressure area and dissipate by June 13, 2013. 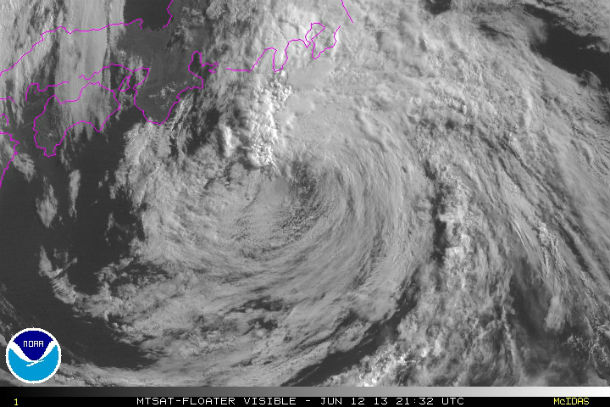 According to latest report by Joint Typhoon Warning Center (JTWC), Tropical Depression Yagi was located approximately 243 nm southward of Camp Fuji. The system is moving east-northeastward at speed of 8 knots. Yagi is quickly dissipating while under an unfavorable upper-level environment as well as tracking over cool sea surface temperatures (around 22 degrees Celsius).

Infrared imagery from NASA’s Aqua satellite on June 11, 2013 showed that Tropical Depression Yagi’s strongest quadrant was east of its center. However, since then the storm has weakened after running into an upper-level low pressure area and cooler waters. 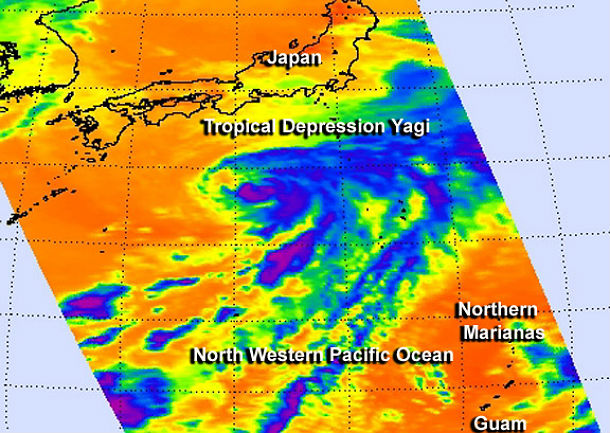 When NASA’s Aqua satellite passed over Yagi on June 11, 2013 it was still a tropical storm with strong thunderstorms on its eastern side. An infrared image of the storm was taken from the Atmospheric Infrared Sounder (AIRS) instrument aboard NASA’s Aqua satellite on June 11 at 12:05 a.m. EDT. The areas with the coldest cloud top temperatures and strongest thunderstorms were near -63F/-52C around the center and indicative of heavy rainfall. (Credit: NASA JPL/Ed Olsen) 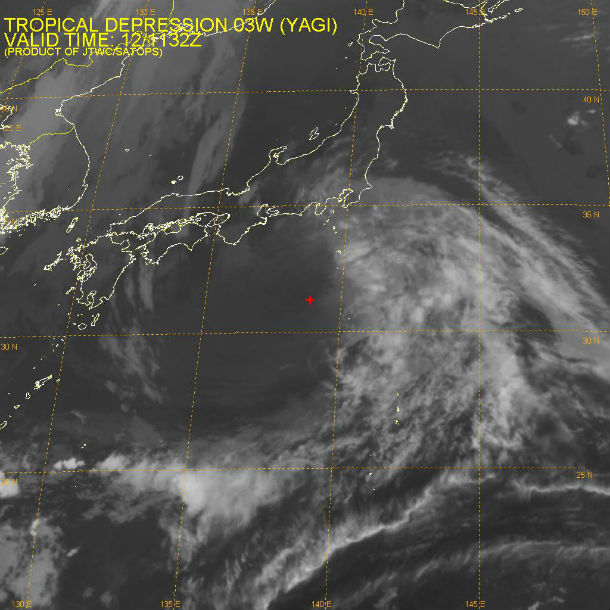 On June 12 at 15:00 UTC, Tropical Depression Yagi was spinning in the northwestern Pacific Ocean. Yagi’s maximum sustained winds were down to 30 knots. It was centered near 31.2 north latitude and 138.9 east longitude, about 250 miles south of Yokosuka, Japan. 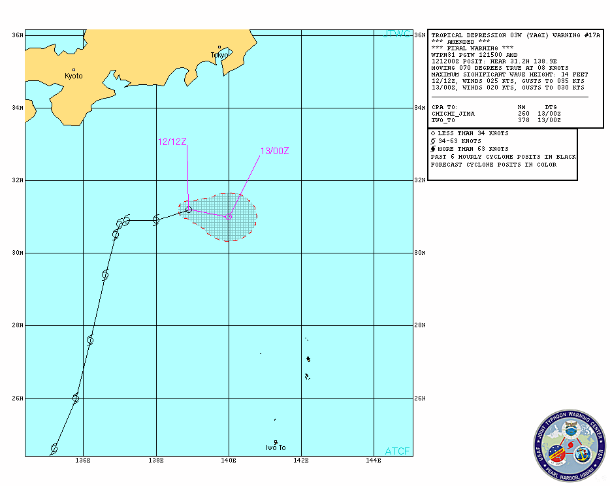 Tropical Depression Yagi has maintained a general eastward track, but due to the expansion of the low level circulation center in the past few hours, the current best track position suggests a slight east-northeastward turn in the track direction. TD Yagi continues to track along the northern periphery of the low-level subtropical steering ridge. 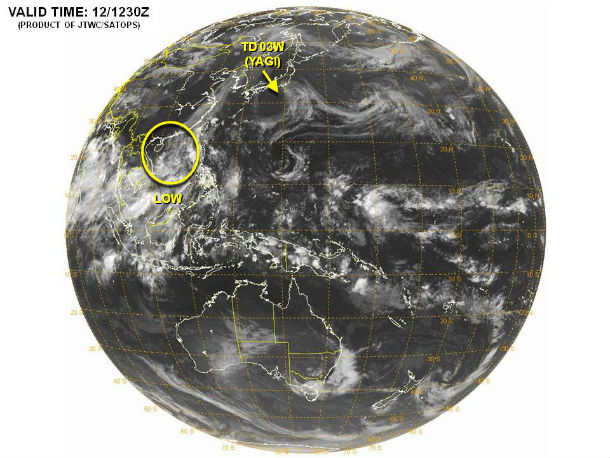