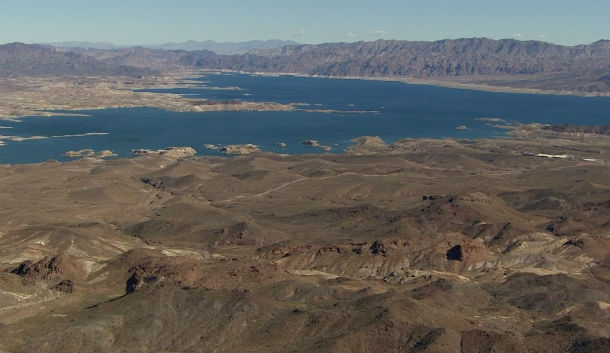 “Until we know for sure what is creating the foam and what is causing the fish to die, we advise people to stay out of the water in the Overton Arm just to stay on the safe side!”  Christie Vanover, National Park Service spokesperson.

Unknown foamy substance was determined to be coming from the mouth of the Virgin River and spanned approximately eight miles down to Echo Bay. The Southern Nevada Water Authority is monitoring water quality at two intakes and so far hasn't found anything toxic. Southern Nevada Water Authority spokesman Bronson Mack suggests the foam may have been caused by dead algae from an increase in water temperature although the tests had determined that samples had no characteristics of any known toxic algae contamination. 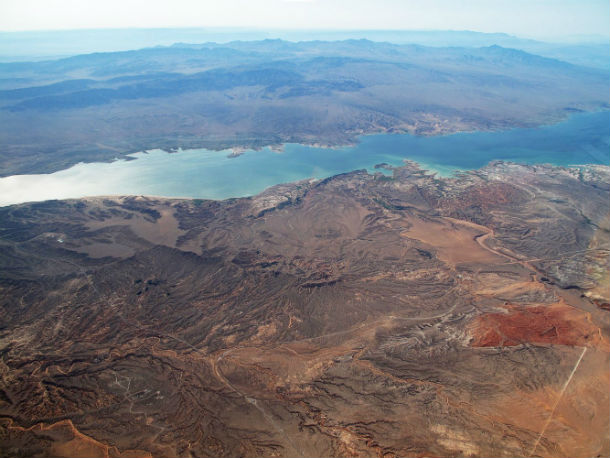 The National Park Service has been monitoring water quality at its Echo Bay water treatment facilities. According to NPS spokesperson Christie Vanover, they have observed no abnormal readings. The Southern Nevada Water Authority (SNWA) continues to monitor water quality at its two water treatment facilities. SNWA utilizes ozonation in its water treatment process – ozonation breaks down toxins and eliminates contaminates. SNWA officials said that the drinking water delivered to Southern Nevadans will continue to meet or surpass the standards of the federal Safe Drinking Water Act. 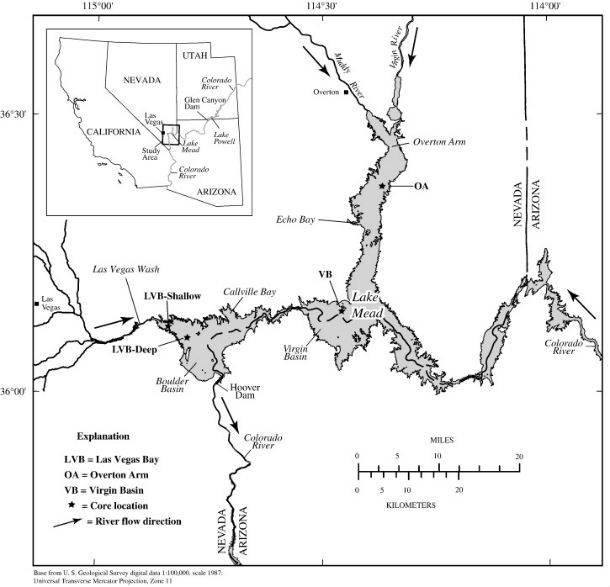 A map of Lake Mead identifying the Overton Arm can be found here.

Lake Mead is one of the most important water resources in the West. Created in the 1930s, it ensures a steady water supply for Arizona, Nevada, California, and northern Mexico by holding back the flow of the Colorado River behind the Hoover Dam. It is one of the largest water reservoirs in the world. When full, the lake contains roughly the same amount of water as would have otherwise flowed through the Colorado River over a two-year period: roughly 36 trillion liters (9.3 trillion gallons).

Lake Mead water supports diverse uses in the West. It irrigates about a million acres of farmland in the United States, much of it in southern California’s Imperial Valley, and another half million acres in northern Mexico as part of international water agreements. The water released through the dam can be used to generate electricity for about 500,000 homes and to lift water up over the Sierra Nevada Mountains to irrigate southern California, but power generation is secondary to agricultural and municipal water demands in places like southern California, central Arizona, and southern Nevada. 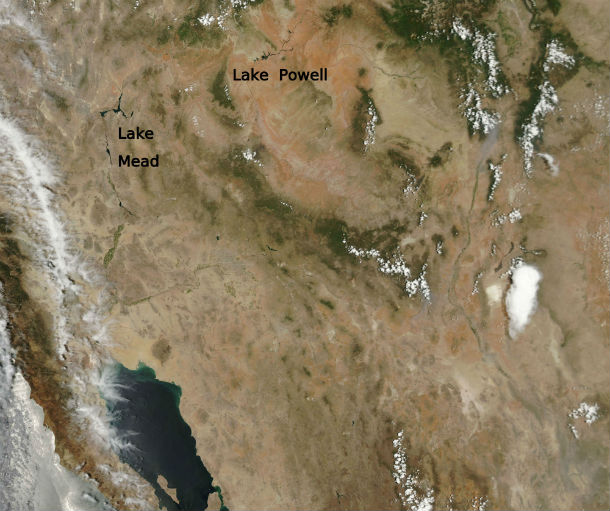 Lake Mead has dropped more than 90 feet (28 meters) since the drought began over a decade ago, and those concerning conditions will likely persist. According to recent projections by the U.S. Bureau of Reclamation (BOR), Lake Mead could drop another 30 feet (9 meters) by 2015, dangerously close to shortage levels. The BOR projects Lake Mead could sink to its lowest level since 2010, 9 feet (3 meter) from triggering a federal shortage declaration, reducing Nevada and Arizona's available Colorado River water.