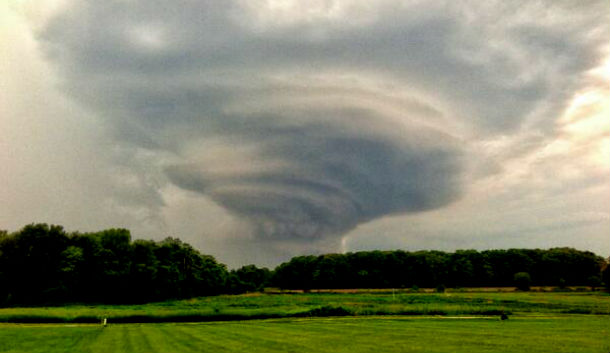 A massive storm system swept across the Midwestern U.S. late on June 12, 2012 and is continuing to move across the Mid-Atlantic. It was expected that the system becomes derecho, however that didn't realize. The most intense areas were along the Ohio-West Virginia-Pennsylvania border. Hail, multiple tornadoes, flooding and downed trees have been reported across Ohio, the Virginias and Pennsylvania as severe storms push further east as a cold front. Major cities facing the strongest impact include Philadelphia, Baltimore, Raleigh and Washington, D.C. 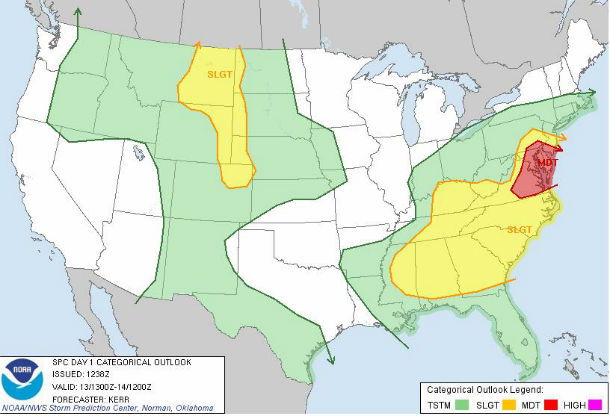 The SPC is forecasting severe thunderstorms expected over parts of the mid-Atlantic states on June 13, 2013 (Credit: NOAA/SPC)

Damaging straight-line winds and heavy rainfall will remain the main threat farther south – from the southern Appalachians and Tennessee Valley to southern Virginia, the Carolinas and Georgia. Severe storms are also possible across the Cumberland Plateau into the south Atlantic and eastern Gulf states as well as across parts of the northern and central Rockies into Adjacent high plains. 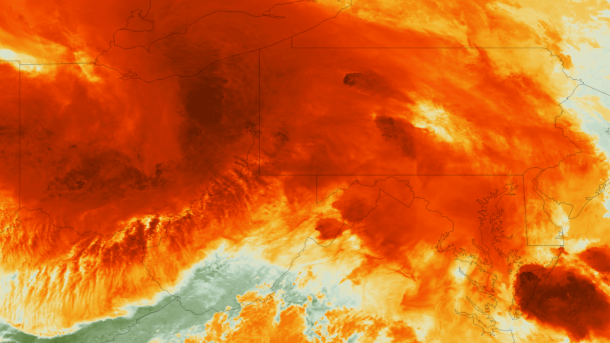 Suomi NPP satellite passed over the storm around 07:00 on June 12, 2013. The line of strong storm activity associated with this bow echo system is seen at the leading edge. Other pockets of convection and overshooting cloud tops can be seen across Pennsylvania and in southern Maryland. (Credit: NASA/NOAA/Suomi NPP/VIIRS)

Tornadoes spun out of severe thunderstorms on June 10, 2013 from southern Minnesota and northeast Iowa to Ohio, Pennsylvania and West Virginia, in parts of Maryland, Kentucky and North Carolina. NOAA lists seven reports of tornadoes from June 10, 2013. One came in from outside of Poplar Springs, Maryland, causing structural and tree damage. A tornado was reported outside of Fells Point, Maryland, causing roof damage to buildings. A waterspout came onshore in Baltimore County. Tornado rated as EF-2 touched the ground around Locust Point at Baltimore on June 11, 2013. 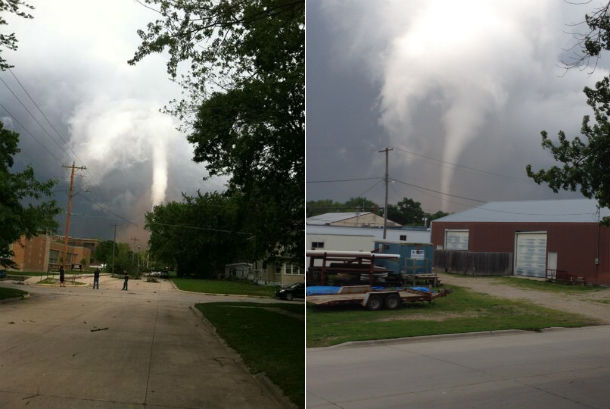