Tropical Cyclone Narelle developed off northwestern Australia coast with the potential to make landfall. Area between the coasts of Port Hedland and Learmount could get the most of rainfall and strong winds. 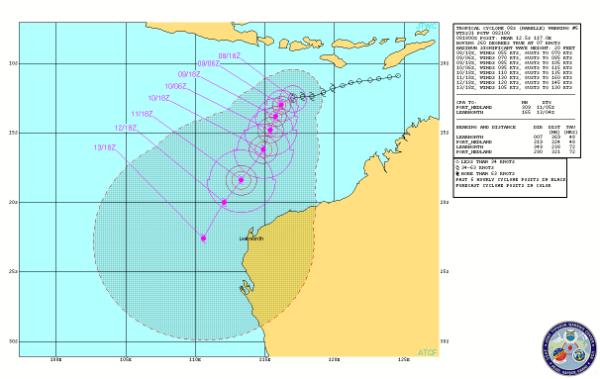 According to latest report by JTWC, Tropical Cyclone Narelle (08S) is located approximately 610 nm north-northeast of Learmonth, Australia, and is moving west-southwestward at 7 knots. Latest report by Bureau of Meteorology classified system as Category 2 cyclone. BoM reported that Narelle was located near  12.5S 117.0E, that is 830 km northwest of Broome and was moving west-southwest at 15 km/h. The cyclone is not expected to affect the WA coast in the next 48 hours. 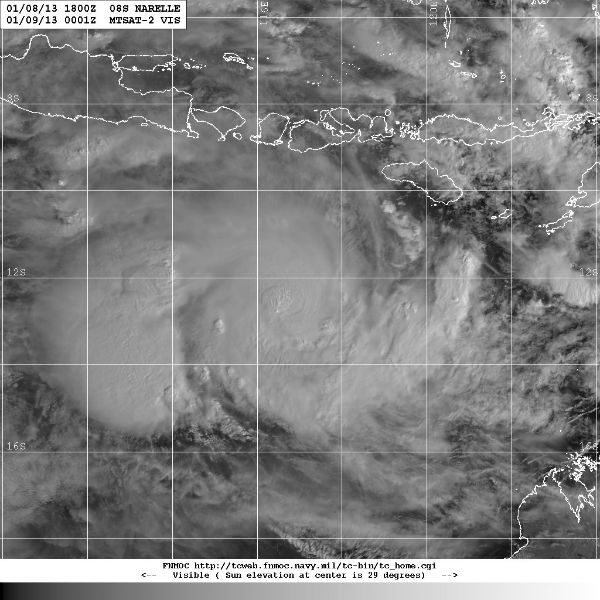 Tropical Cyclone Narelle is the third of the 2012-13 Australian region cyclone season. A storm began developing in the Timor Sea off northwestern Australia few days ago.