The Tasmanian Fire Service has declared a total fire ban on January 7/8. North-West coastal communities were put on high alert, triggering a number of evacuations, as 80km/h winds drove the Montumana fire towards their towns last night. Major fires continue to burn uncontrolled in Mathinna, in the north-east, near Bicheno on the East Coast, and a massive firefront has taken hold near Giblin River in the remote south-west. 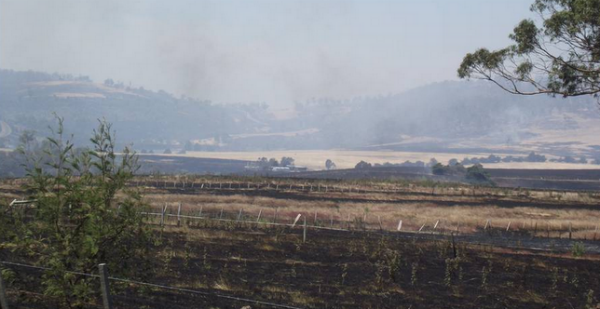 Dunalley was one of the hardest hit areas, with about 65 properties destroyed. (Credit: Toby Zerna)

The blazes destroyed more than 100 homes, including many in the small community of Dunalley. More than 100 people were missing after fire tore through the town. Authorities continued the grim search for bodies in burnt-out properties in the Dunalley area.

Intense bushfires blazed in Tasmania, an island south of Australia, from the beginning of January.

Extreme heat and strong winds fueled the fires. Temperatures in Hobart, the capital of Tasmania, soared to a record high of 41.8°Celsius (107.2°Fahrenheit) on January 4. 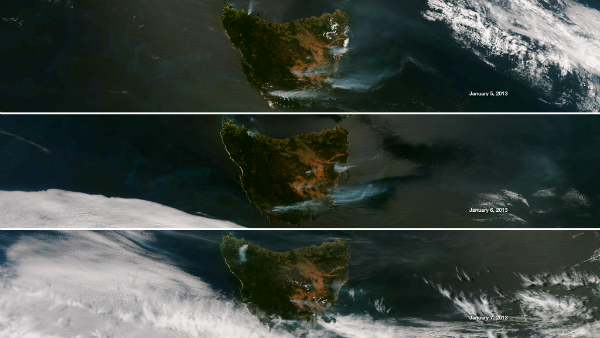 This series of images show the island on successive days taken by the NASA/NOAA Suomi NPP satellite’s VIIRS instrument January 5, 6 and 7, 2013. In the northwest corner of Tasmania the Montumana Fire can be seen to change direction as the winds have changed to a southwest tack over the course of the last three days.