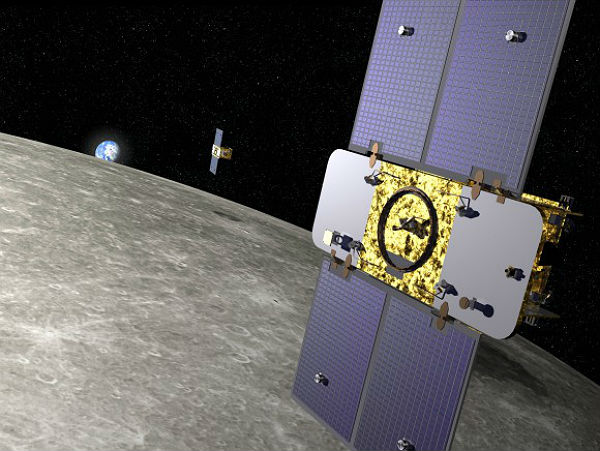 The two Gravity Recovery and Interior Laboratory (GRAIL) spacecrafts, Ebb and Flow, are running out of fuel after being in lunar orbit since January 2012. They will be commanded to crash into the rim of an unnamed crater near the Moon’s north pole at speed of 1.7 km/s (3,760 mph) on December 17 at 19:28 UTC. GRAIL spacecraft were originally tasked with 90-day science missions, which ran from March to May, but NASA extended mission, allowing the two probes to gather a trove of additional data. 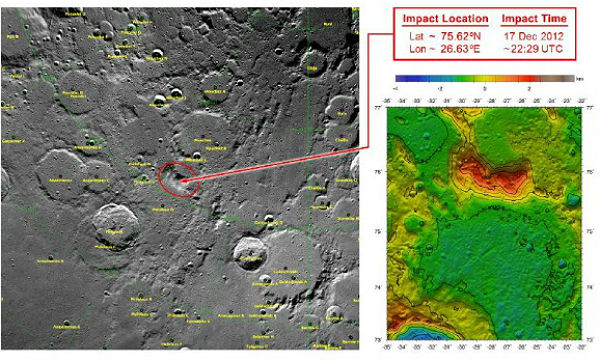 Ebb spacecraft will undergo a controlled impact slamming into a 2 km high rim of a crater that has been buried in ejecta near north pole of the Moon and Flow spacecraft will impact about 30 seconds later, about 40 apart. About 54 minutes before impact, they’ll burn the remaining fuel to complete the last maneuver.

Unfortunately, the impact region will be shadowed at the time so there will be no imagery provided.


Earlier this year the duo were lowered from their prime mission orbit of 55 kilometers above the Moon to 23 km, and last week lowered to 11 km to enable even higher resolution data.

The two spacecraft have been providing unprecedented detail about the Moon’s internal structure by measuring changes as small as 50 nanometers per seconds. By sending radio signals to each other and monitoring changes in distance between the two as they circle the Moon, they were able to create the most detailed gravity map of the Moon.

The 2009. impact by LCROSS (Lunar Crater Observation and Sensing Satellite) confirmed the presence of water ice and an array of volatiles in a permanently shadowed crater at the Moon’s South Pole, and it is expected GRAIL would be targeted for similar observations.

NASA will provide live commentary of the scheduled lunar surface impacts of its twin Gravity Recovery and Interior Laboratory (GRAIL) spacecraft beginning at 2 p.m. PST (5 p.m. EST) Monday, Dec. 17. The event will be broadcast on NASA Television and streamed on the agency’s website.

For NASA TV streaming video, schedule and downlink information, visit:http://www.nasa.gov/ntv . The coverage will also be streamed live on Ustream at:http://www.ustream.tv/nasajpl2 .

Featured image: Artist concept of Ebb and Flow, the two GRAIL spacecraft in orbit of the Moon. (Credit: NASA)