Planetary scientist Matt Siegler at Southern Methodist University, Dallas, and colleagues discovered that Earth's moon slowly moved from its original axis roughly 3 billion years ago. The move would be as if Earth's axis relocated from Antarctica to Australia. The study, published today in Nature, was made while examining NASA data known to indicate lunar polar hydrogen.

The hydrogen, detected by orbital instruments, is presumed to be in the form of ice hidden from the Sun in craters surrounding the Moon's north and south poles. Exposure to direct sunlight causes ice to boil off into space, so this ice, perhaps billions of years old, is a very sensitive marker of the Moon's past orientation.

An odd offset of the ice from the Moon's current north and south poles was a tell-tale indicator to Siegler and prompted him to assemble a team of experts to take a closer look at the data from NASA's Lunar Prospector and Lunar Reconnaissance Orbiter missions. Statistical analysis and modeling revealed the ice is offset at each pole by the same distance but in exactly opposite directions.

This precise opposition indicates the Moon's axis, the imaginary pole that runs north to south through it's middle, and around which the Moon rotates, shifted, at least, six degrees, likely over the course of 1 billion years, said Siegler.

"This was such a surprising discovery. We tend to think that objects in the sky have always been the way we view them, but in this case, the face that is so familiar to us – the Man on the Moon –changed," said Siegler, who also is a scientist at the Planetary Science Institute, Tucson, Arizona. 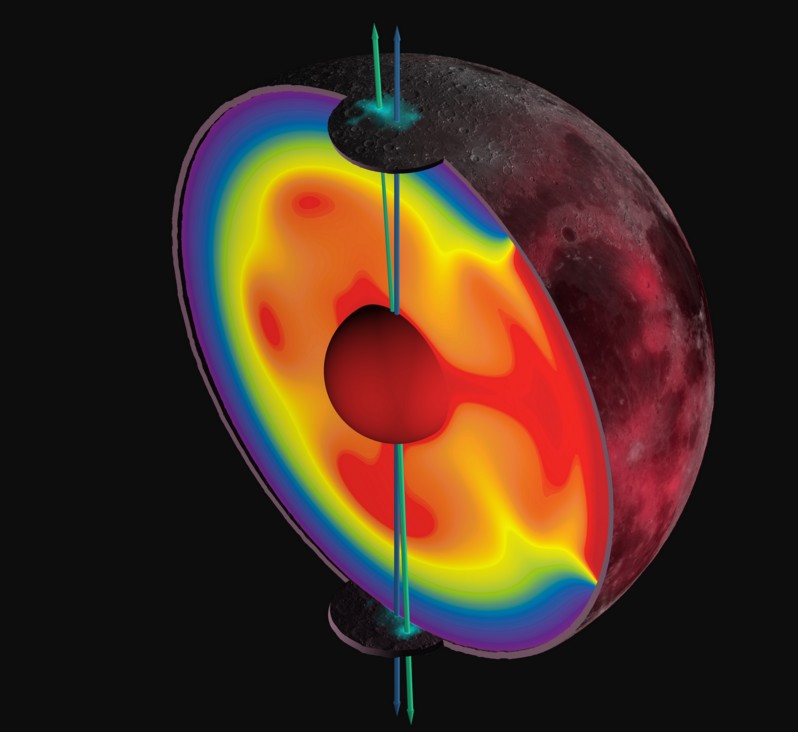 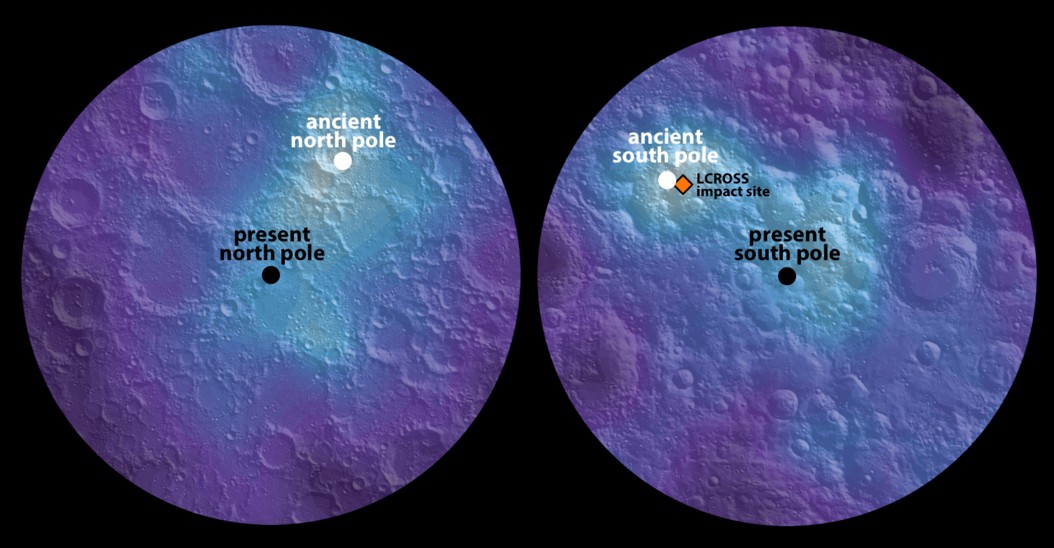 Planetary bodies settle into their axis based on their mass: A planet's heavier spots lean it toward its equator, lighter spots toward the pole. On the rare occasion mass shifts and causes a planet to relocate on its axis, scientists refer to the phenomenon as "true polar wander."

Discovery of lunar polar wander gains the Moon entry into an extremely exclusive club. The only other planetary bodies theorized to have permanently shifted the location of their axis are Earth, Mars, Saturn's moon Enceladus and Jupiter's moon Europa. What sets the Moon apart is its polar ice, which appears to effectively "paint out" the path along which its poles moved.

The Moon likely relocated its axis starting about 3 billion years ago or more, slowly moving over the course of a billion years, Siegler said, etching a path in its ice. Over time, the axis shifted 200 km (125 miles).