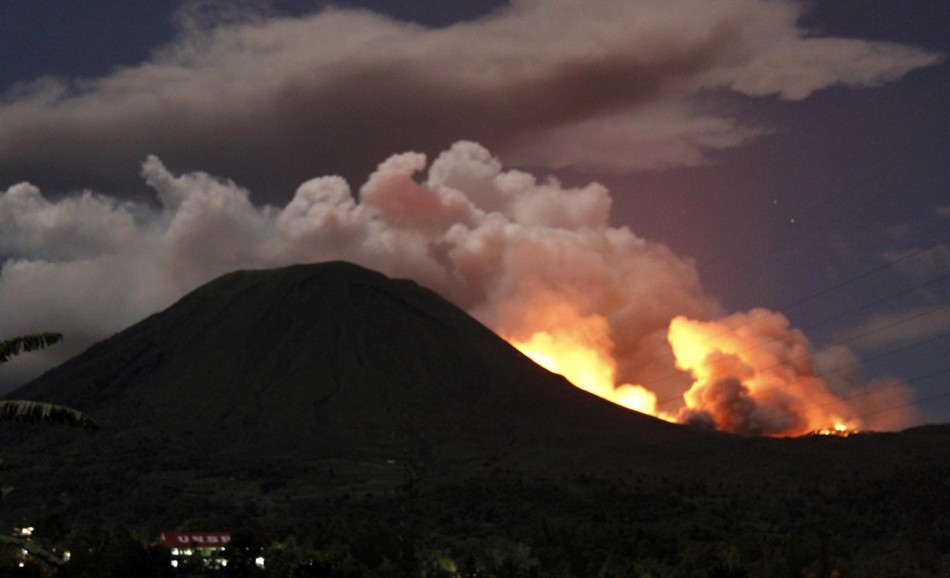 An Indonesian volcano erupted late Thursday, spewing rocks, lava and ash hundreds of metres into the air, an official said, three days after its alert status was raised to the highest level.

There has been a significant rise in volcanic activity at Mount Lokon on Sulawesi island since June 9, prompting hundreds of people to evacuate the area. There was a big eruption around 10:31pm local time (1531 GMT), which saw ash, sand and rocks thrown 1,500 metres (4,800 feet) into the air. Grass and shrubs in an area stretching 500 metres around the volcano were on fire but there was no immediate danger to people living nearby.

The volcano’s status was raised to its highest red alert level after it spewed ash 500 metres into the air over the weekend, leading to a 3.5-kilometre (two-mile) evacuation zone being established in case of a bigger eruption. There is no mass panic because the community has already been warned of the situation.  Around 28,000 people live within the evacuation zone. 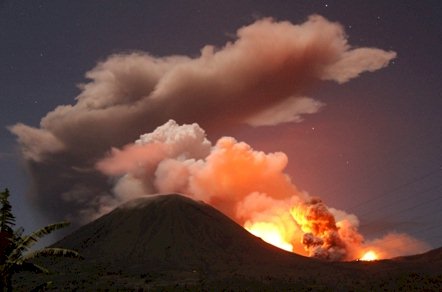 The 1,580-metre Mount Lokon is one of the most active volcanoes in Indonesia. It erupted in 1991, killing a Swiss tourist.

The Indonesian archipelago has dozens of active volcanoes and straddles major tectonic fault lines known as the “Ring of Fire” between the Pacific and Indian oceans. The country’s most active volcano, Mount Merapi in central Java, has killed more than 350 people in a series of violent eruptions which started in late October. (…)