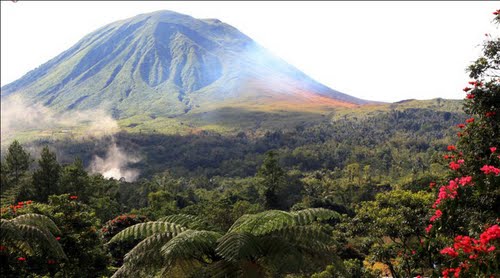 Indonesia’s Mount Lokon erupted four times on Tuesday after increasing its volcanic activity during the past week, officials said. Mount Lokon, which is located on the northern tip of the island of Sulawesi, had four small eruptions on Tuesday, spewing out materials between 150 and 200 meters (492 to 656 feet).

The first eruption took place at 7:21 a.m. local time and the fourth 2:20 p.m., producing thick white and gray smoke. This means water and gases are still being burned in the crater.

As of 6 p.m. local time on Tuesday, only one volcanic tremor was recorded on Tuesday, compared to Monday’s two deep volcanic tremors as well as four distant tectonic quakes. The amplitude of the latest tremors ranged between 0.5 millimeters and 10 millimeters. Despite their amplitude declining compared to previous ones, magma was still being pushed upwards. Officials at the Volcanic and Geological Disaster Mitigation Center have kept the volcano’s alert status to level III, even though the geological activity has began decreasing. 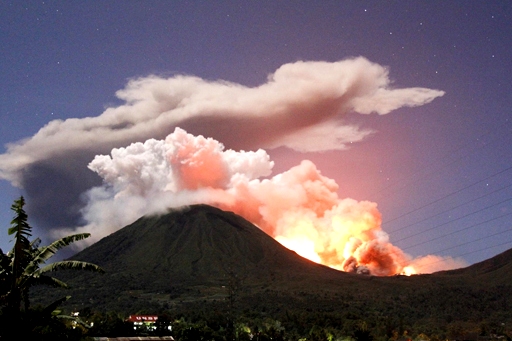 Mount Lokon has shown constant volcanic activity since June, prompting authorities to raise its status to Alert on June 27 and Watch on July 10. A series of eruptions in mid-July forced at least 5,269 locals from the villages of Kinilow, Kelurahan Kinilow I and Kakaskasen 1 to evacuate the area.

While most residents returned to their homes later that month, some 222 people remain at temporary refugee camps because their homes are in Mound Lokon’s red zone – 3 kilometers (1.86 miles) from its crater. After July’s activity, Mount Lokon’s alert level was lowered from Watch to Alert, and has remained at this level since.

On August 17, Mount Lokon began to spew volcanic ash which fell as far away as the Kinilow I village and the Tinoor areas in North Tomohon sub district, which is a short distance from Lokon’s crater. And on August 28, it erupted as many as 12 times. Monitoring staff recorded 65 deep volcanic earthquakes and 93 shallow earthquakes that day. 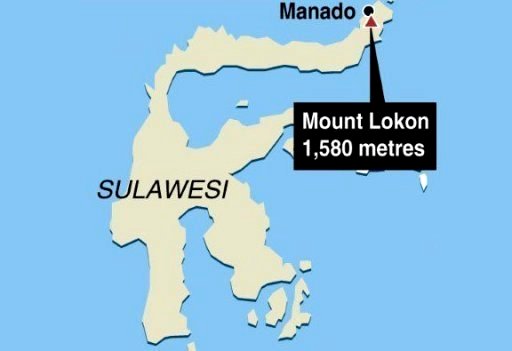 Dozens of active volcanoes in Indonesia are part of the Pacific Ring of Fire, known for frequent earthquakes and volcanic eruptions. Next to Mount Lokon is its volcanic twin, Mount Empung, just 2.2 kilometers (1.3 miles) away.

One of Indonesia’s most active volcanoes is Mount Merapi, which is located on the island of Java near Jogjakarta, the country’s second-most visited area after Bali. Last year, more than 300 people were killed in a series of eruptions between October and November which also displaced over 300,000 people.