An intense eruptive phase started at North Sulawesi's Soputan volcano at 17:02 UTC, December 15, 2018 (01:02 LT, December 16). The volcano is producing lava fountains and ash columns up to 8 km (26 200 feet) above sea level. The Aviation Color Code was raised from Yellow to Orange and then to Red.

During the initial phase of the eruption, ash cloud was not visible due to heavy fog, Soputan Volcano Observatory reported immediately after the eruption began, and raised the Aviation Color Code to Orange.

"Two hours later, we could see the summit and eruption was visible with an ash plume of around 3 000 m (9 800 feet) above the summit or more than 4 800 m (15 700 feet) above sea level. Ash-cloud was observed moving to the southeast and ashfall was reported by people living in Liwitung area (SE of the volcano). Seismic activity was characterized by continuous volcanic tremor."

At 21:54 UTC, December 15, the observatory raised the Aviation Color Code to Red. "Best estimate of the ash-cloud top is around 8 809 m (28 189 feet) above sea level, may be higher than what can be observed clearly," the observatory said, adding that ash-cloud is now moving to the southwest.

The eruption is accompanied by thunderous sounds, heard with a moderate intensity from the Soputan Volcano Observation Post located in Silian Raya (about 10 km southwest of G. Soputan). 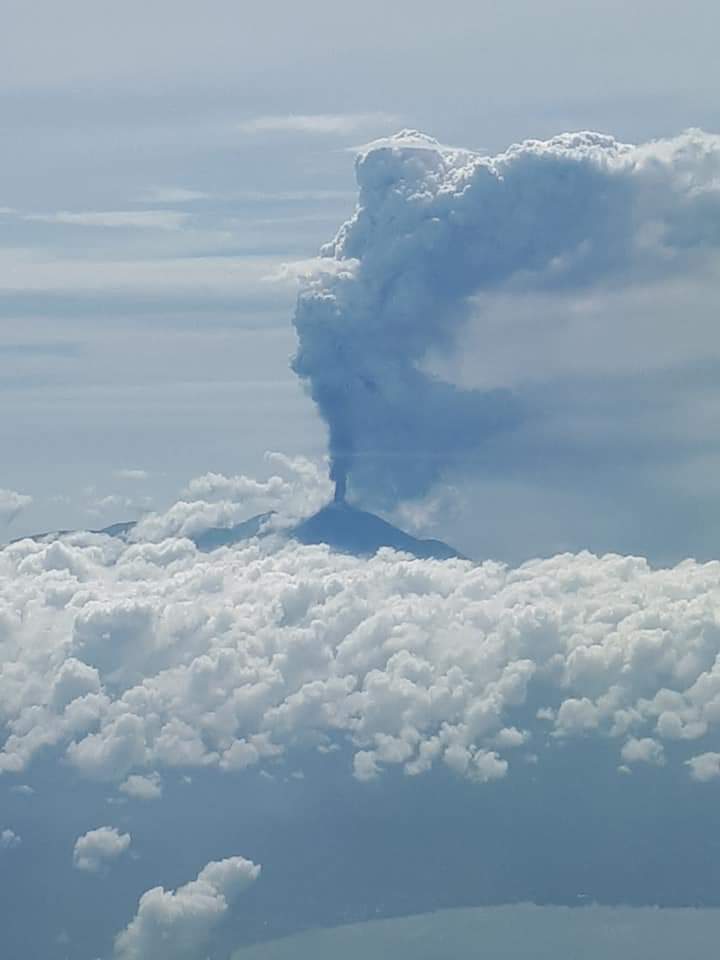 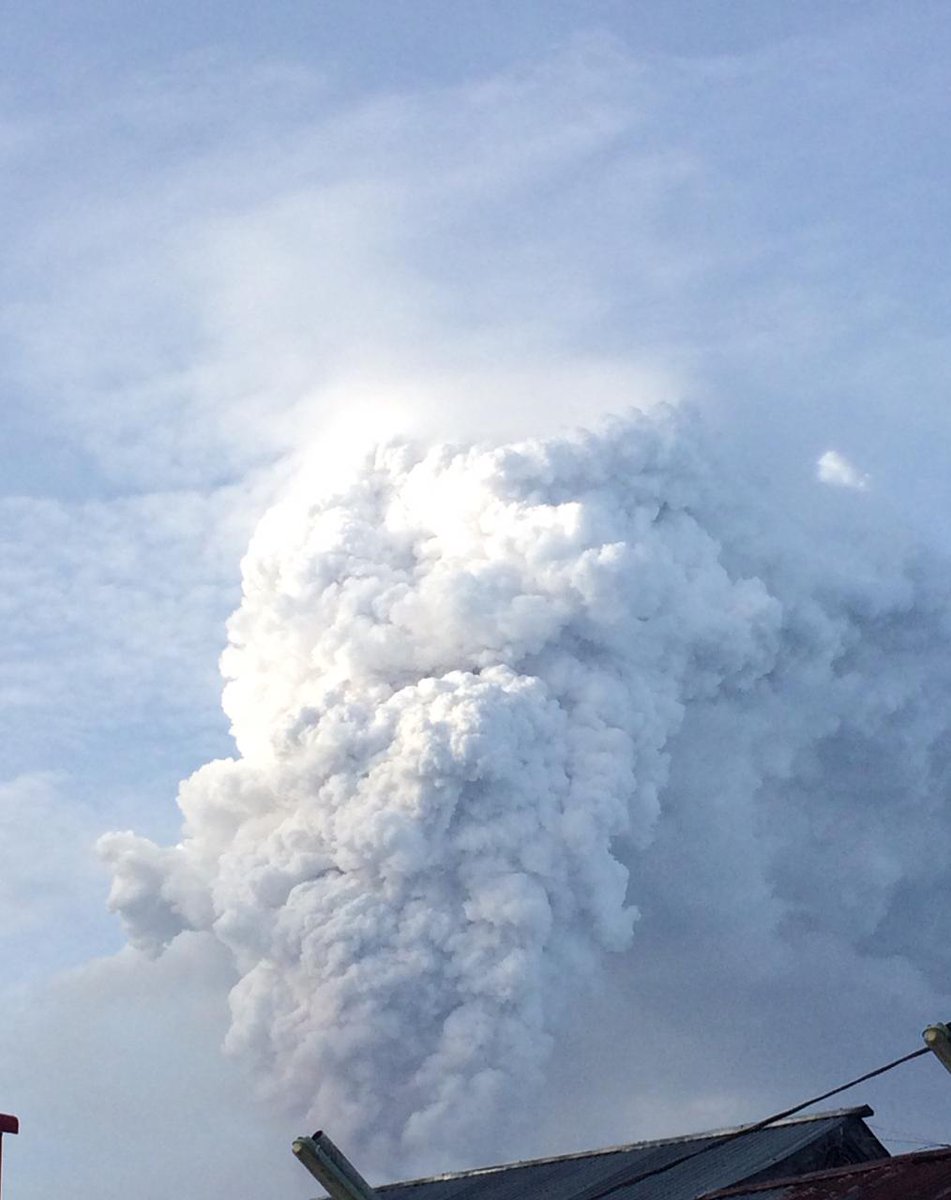 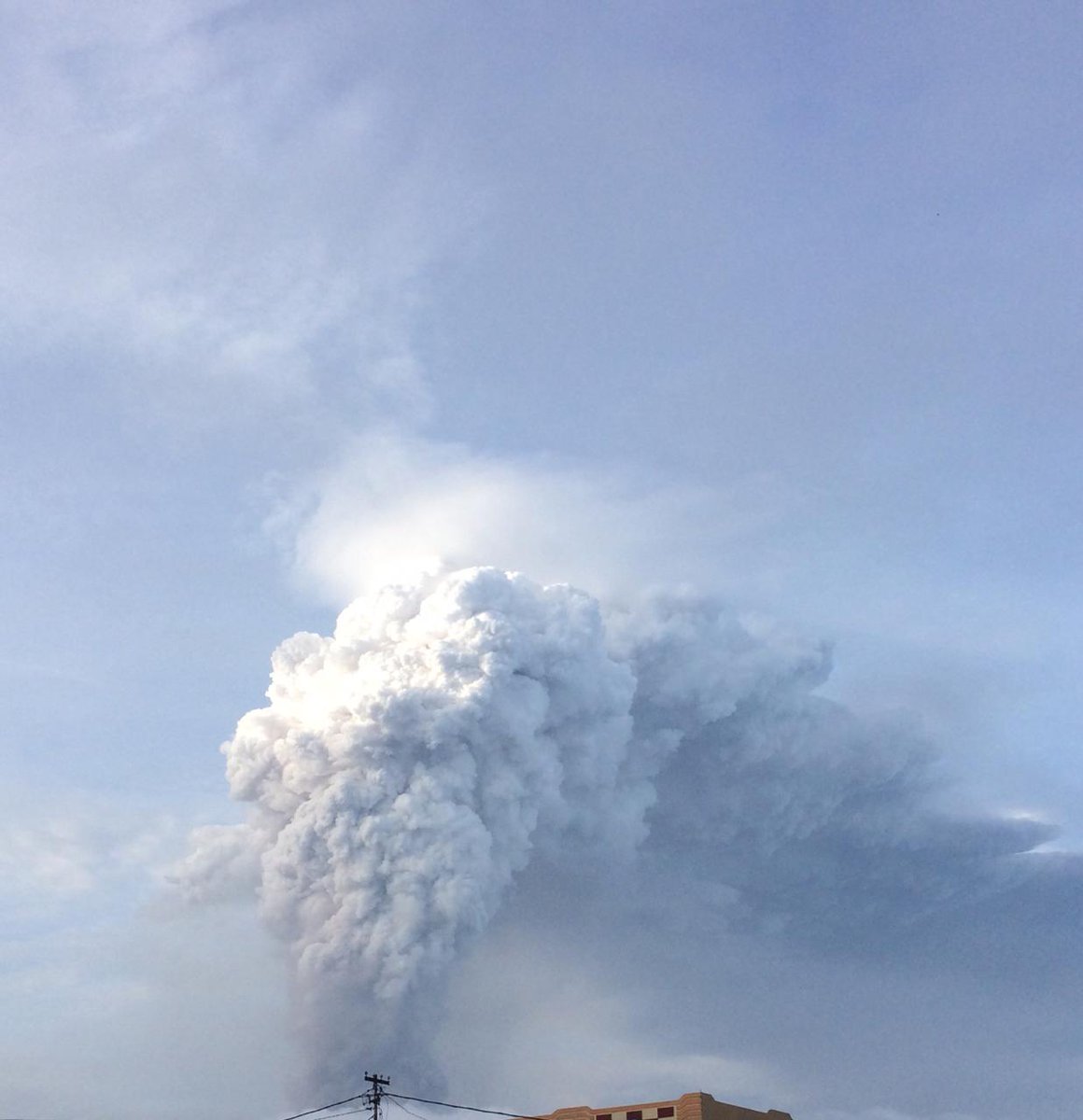 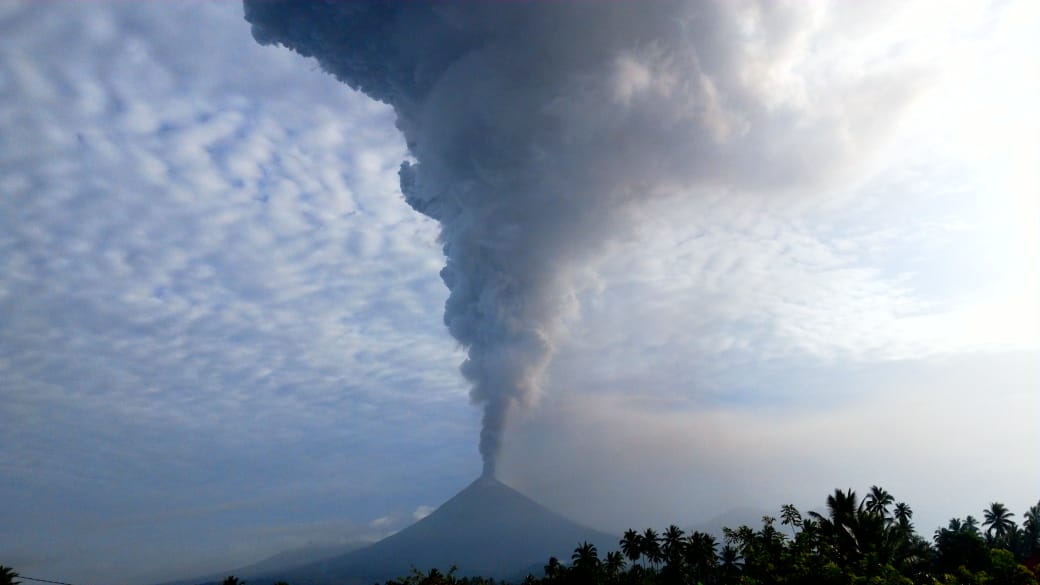 "The volcano follows this year's trend in becoming more active. Monitoring data between August to early October 2018 showed a significant increase. On October 3, 2016, at 01:00 WITA the alert level was increased from Level II (Waspada, "Watch") to Level III (Siaga, "Alert"). An eruption then occurred on October 3 and 4, 2018," volcanologist Dr. Tom Pfeifer said. 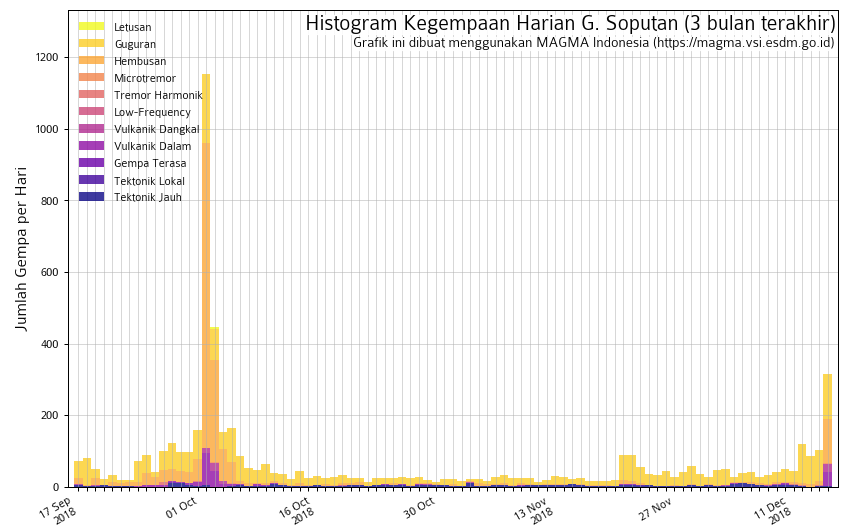 The status of G. Soputan is still being maintained at Level III (Siaga) and it is recommended not to approach the volcano within a radius of 4 km (2.5 miles), expanded to 6.5 km (4 miles) for the southwest-western sectors.