Each year, the cool dry season of northern Australia brings a strong threat of bushfire to the tropical savannas as the grasses and brush, made lush by summer rains, become bone-dry fuel. ABC Rural, of Australia, reported that after a summer of flooding, less rain has fallen across Australia this winter compared to normal, with the national winter rainfall for 2011 a full 12 percent below average. Some areas reported 20% – 50% less than normal winter rainfall. The combination of heavy rains spurring vegetative growth, followed by extremely dry weather has created conditions ripe for an extremely active bushfire season. 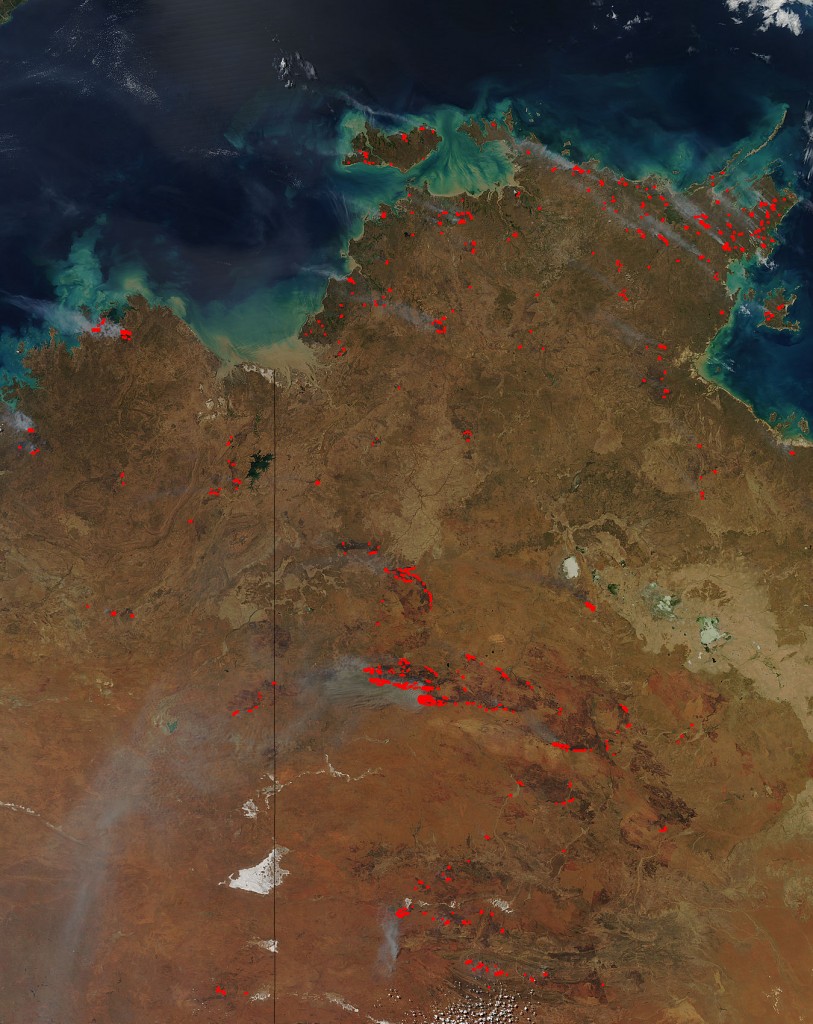 The Moderate Resolution Imaging Spectroradiometer (MODIS) aboard the Aqua satellite captured this true-color image of fires across north-central Australia on August 31, 2011. The red dots are hot spots, indicating increased temperature of an area compared to the background temperature and in this image they indicate burning fires. Large plumes of smoke rise from many of the fires and is blown far to the west by strong winds that raised the fire level to critical in many areas of the Northern Territory.

Most bushfires in this region are started by human actions, often as part of land and animal management for agricultural purposes. (MODIS)