A fast-moving wildfire destroyed at least 71 homes on the outskirts of the city of Perth, Western Australia, on February 2 and 3, 2021, forcing thousands to evacuate their homes as hot and windy conditions continue hindering efforts to contain it. The fire is spreading toward Shady Hills View and Bullsbrook. This is one of Western Australia's worst fires in recent years. Meanwhile, a Tropical Low is threatening NW parts of Western Australia​.

This fire is not contained or controlled, said Craig Waters, Department of Fire and Emergency Services deputy commissioner.

"It will take a huge effort from everyone to get it under control," Waters said. 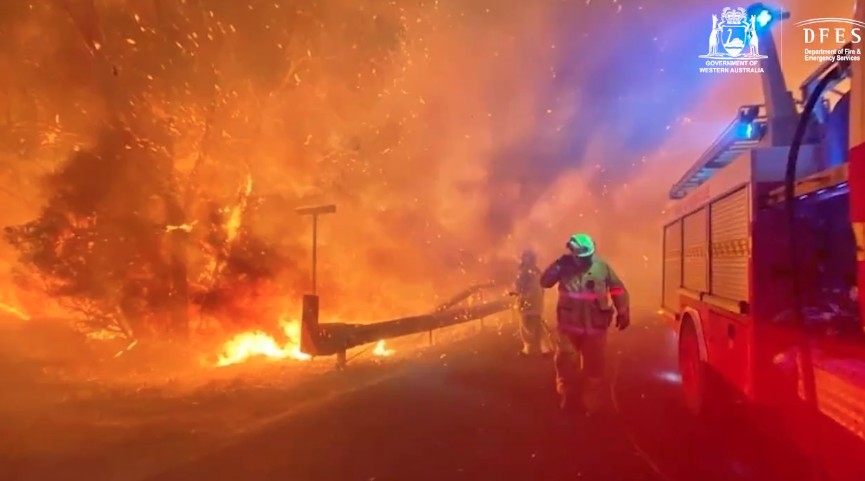 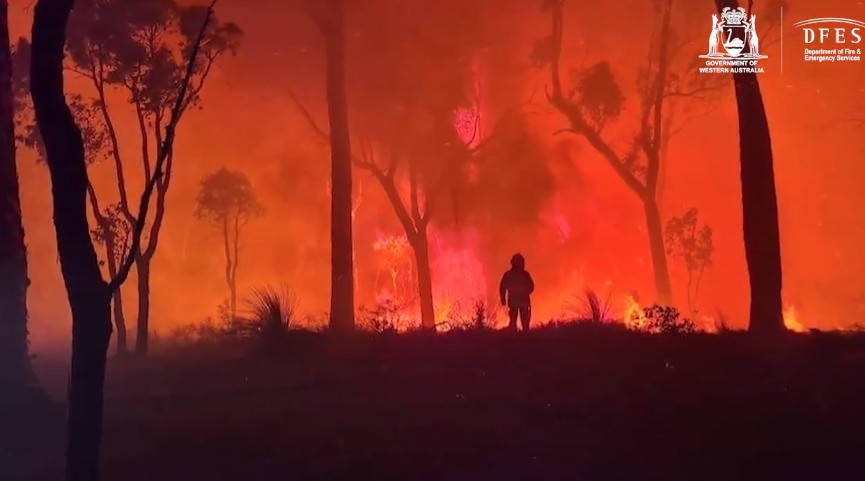 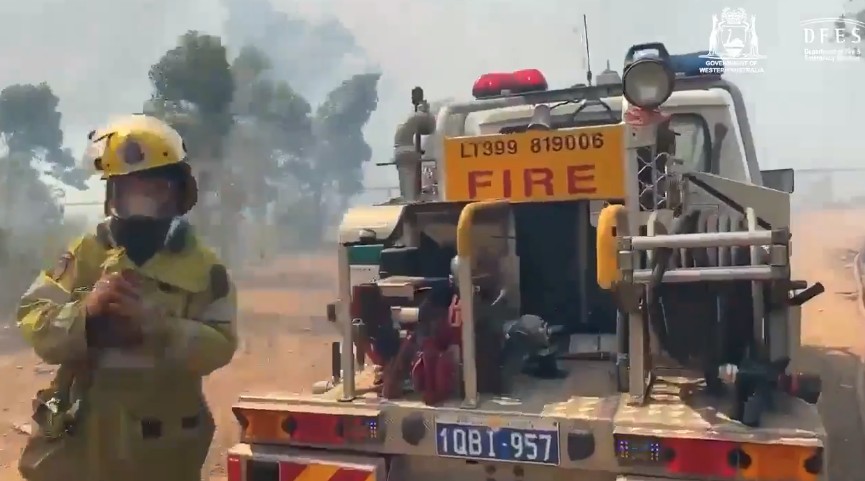 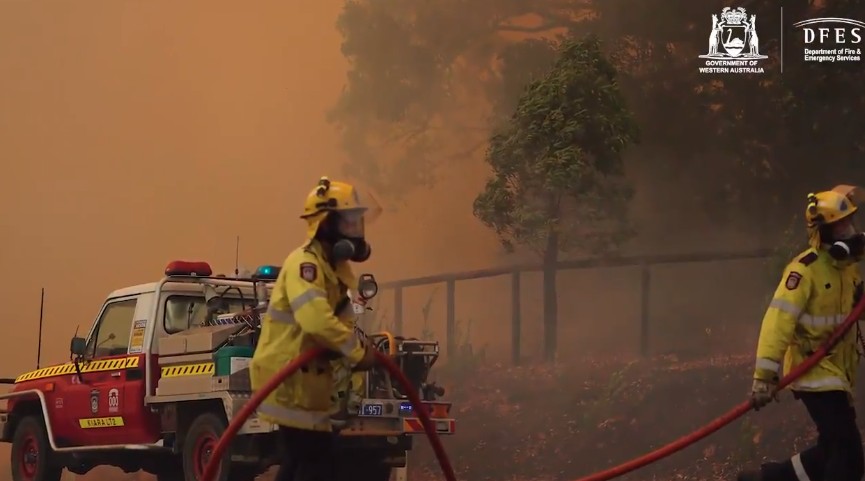 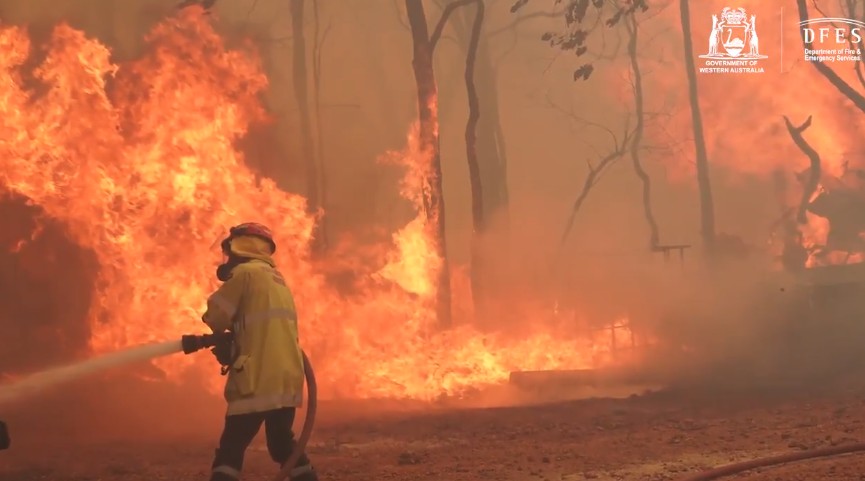 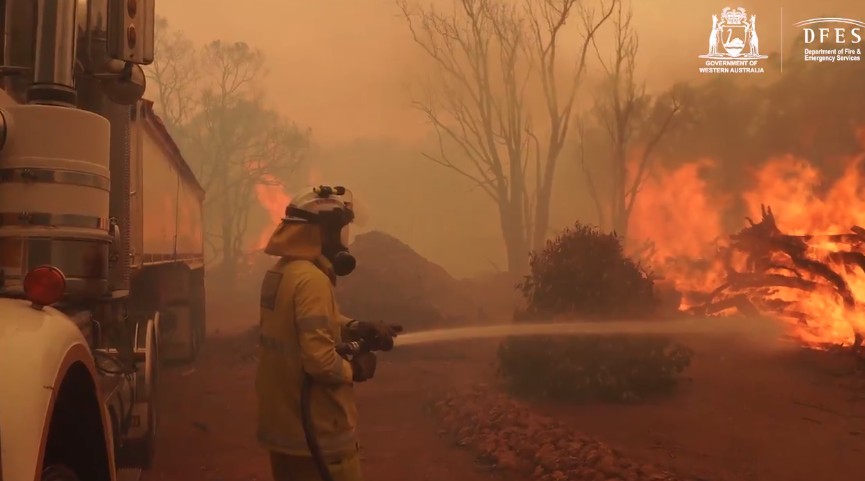 Up to 80% of properties at Tilden Park have been destroyed and the fire, named Wooroloo after a town where it started, is now threatening two more suburbs – Shady Hill Estate and Bullsbrook.

DFES Fire Commissioner Darren Klemm said while the fire had remained largely static overnight, the north-west corner of the fire-front was proving hard to combat with crews unable to get earth moving equipment in, PerthNow reports.

A warning alert has been released for Shady Hill Estate and Bullsbrook, Klemm said.

"People in those areas, now is the time to enact your bushfire plan. If you are not prepared, you should leave now. I want to reiterate that. It is absolutely critical that people enact their bushfire plan now and if your decision is to leave, then leave now."

"We're only going to see the wind strengthen over the course of the day which will make that fire in difficult, steep terrain incredibly different to stop running up the hill towards Shady Hills estate."

200+ firefighters are still working tirelessly in extreme terrain & conditions at the Wooroloo #bushfire. Erratic fire behaviour fanned by strong winds continues to challenge crews on the frontline who are protecting what they can & putting containment lines in place. #perthfires pic.twitter.com/7NUTLz0IWU

"If you are in the warning areas and you have evacuated, you cannot return until we have advised it is safe to do so," said Greg Mair, Deputy Incident Controller from Parks and Wildlife Service.

"This incident is still changing rapidly – we need you to continue following our advice to stay safe so that firefighters on the ground can focus on protecting lives and homes still under threat." 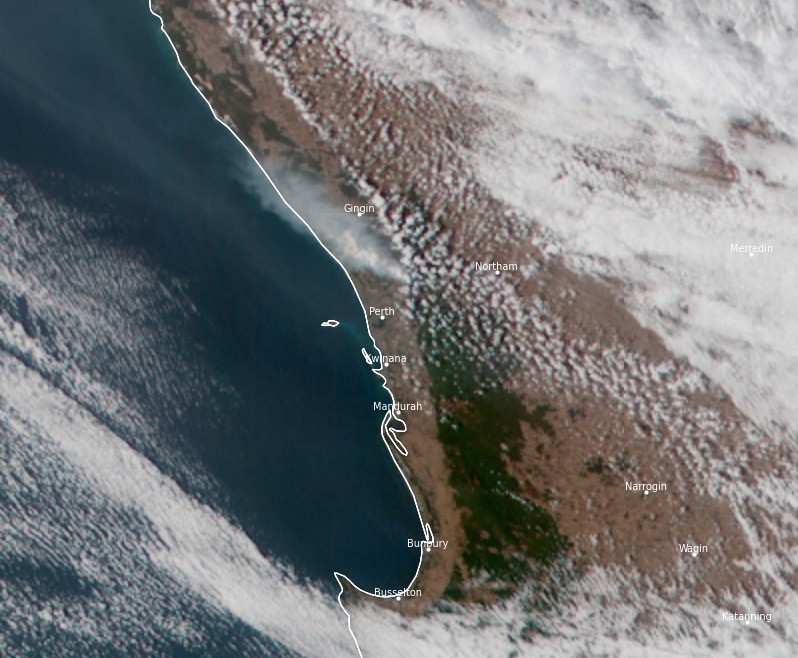 It was reportedly caused by a house fire around 12:00 LT on Monday, February 1. 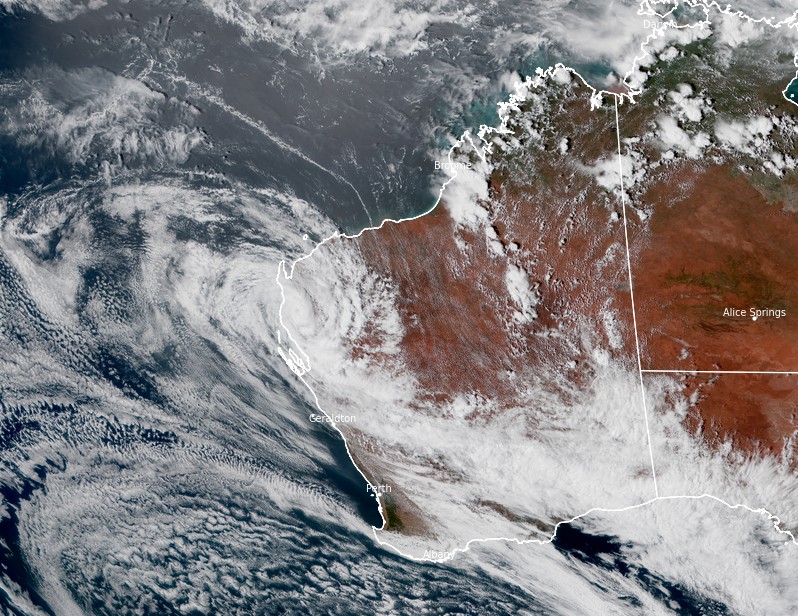 The tropical low is likely to be very slow-moving over the next 24 to 36 hours as it approaches the Gascoyne coast. 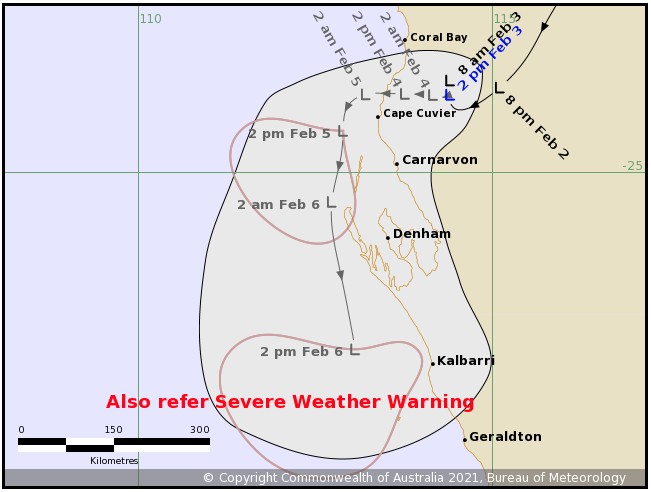 On Thursday, February 4, the low is expected to move offshore before shifting southward later on Friday.

It is not forecast to develop to be a tropical cyclone after moving offshore.

Heavy rainfall and squally winds are expected across the western Gascoyne. A Severe Weather Warning and Flood Watches and Warnings are in effect.