A massive bushfire is burning across Fraser Island off Queensland's coast, scorching up to 74 km (46 miles) as of November 23, 2020– it has covered more than half of the 122 km (76 miles) long island since it was first reported in mid-October. Firefighters have been working to contain the blazes, noting that they need a good inch of rain to ease up the situation.​

On Sunday, November 22, the Queensland Fire and Emergency Service (QFES) reported that a Large Air Tanker (LAT) was continuing its firefighting support to ground crews to contain the fire that has been burning since October.

QFES said the LAT could go up to about 670 km/h (413 mph) and can get from its Bundaberg base to help crews on the area in less than 20 minutes.

Officials believe that the blaze was sparked by an illegal cooking fire that was not totally extinguished. The government has had a wildfire alert issued for the island and a number of roads and camping sites have been closed.

"The troops have put in a tremendous effort over the weekend," said QFES North Coast regional manager Peter Hollier on November 24. "The fire is marching to the south and potentially heading down towards the areas of Happy Valley and eventually, to Kingfisher."

"We have been trying to get ahead of the fire but the terrain, the vegetation, and the weather have been against us," Hollier continued. "[In one day] they poured in just under 300 000 liters of water on the containment line only to find out the next morning it had breached."

"The canopy of the vegetation is very thick. It only takes one small ember to go across that containment line that you work on for days."

You may have  Queensland’s Large Air Tanker (LAT) Bomber 141  deploy to lend a hand with firefighting efforts on Fraser Island (K'gari) today.
The LAT has made 3 drops to aid ground crews as they work to strengthen containment lines and slow the progress of the blaze. pic.twitter.com/o0Yfb20vzx 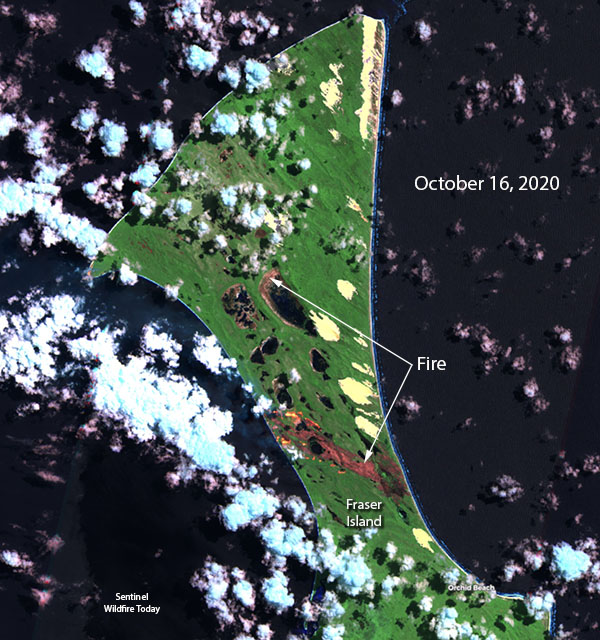 Satellite photo showing the fire on October 16, a few days after it was reported. Image credit: Copernicus EU/Sentinel-2, Wildfire Today 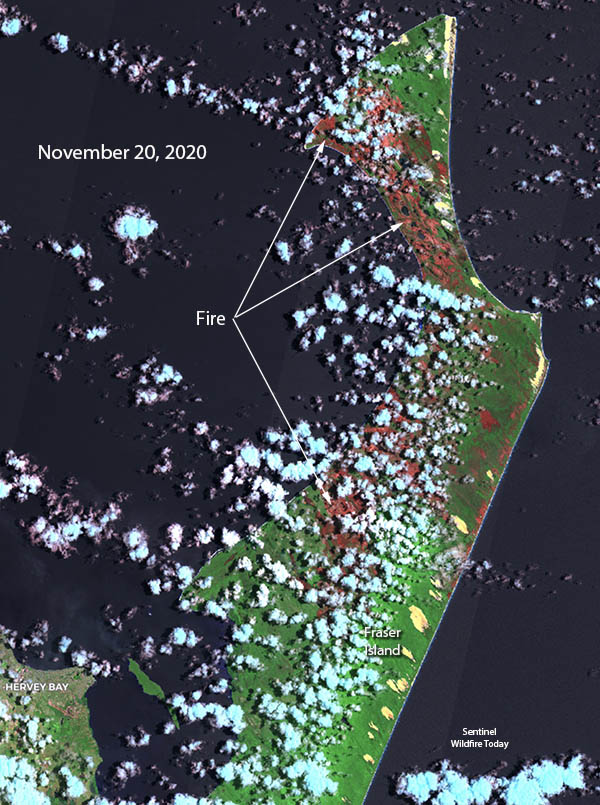 He added that crews were working on strategies for the next containment line and to protect properties in the week ahead.

"The challenge is to try and steer it away from the major infrastructure and the areas of Happy Valley and then start opening up the next line of containment so we can pull it up."

"We need good, steady, heavy rain that will make a difference to penetrate that vegetation and put the fire out." 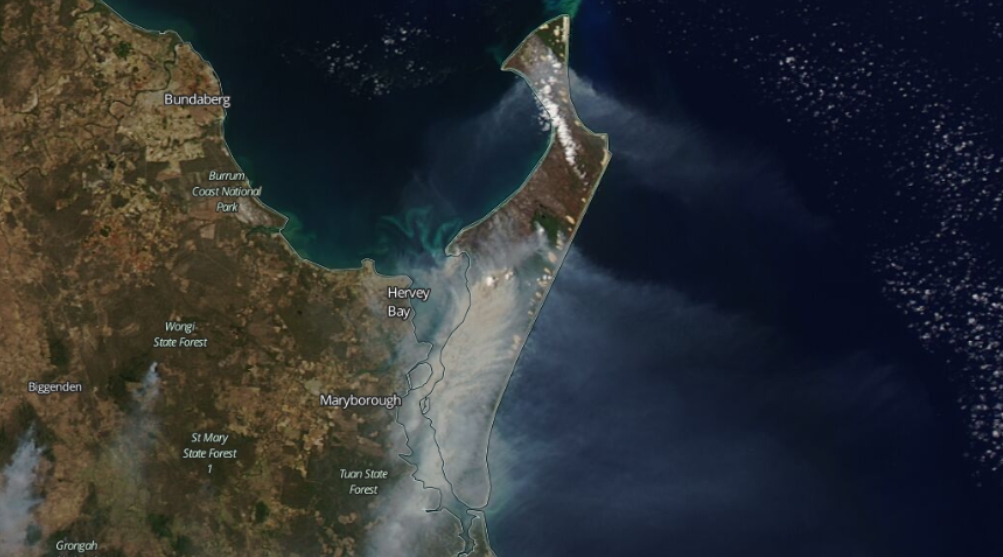