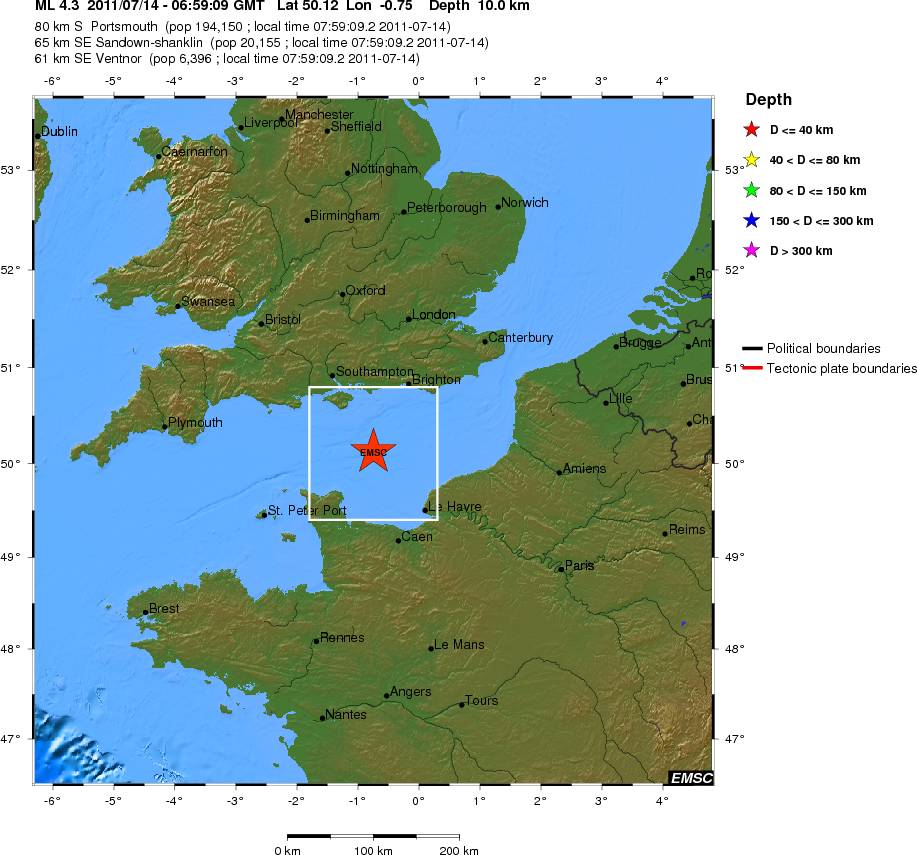 An earthquake with a magnitude of 3.9 has struck in the English Channel, the British Geological Survey (BGS) said. The quake had a depth of 10km and its epicentre was south of Portsmouth. Residents in parts of West Sussex reported buildings shaking for a few seconds at about 0800 BST.

Sussex Police, Solent Coastguard and West Sussex Fire and Rescue Service said they had not been called out to any incidents related to it.

According to EMSC the magnitude was 4,3. 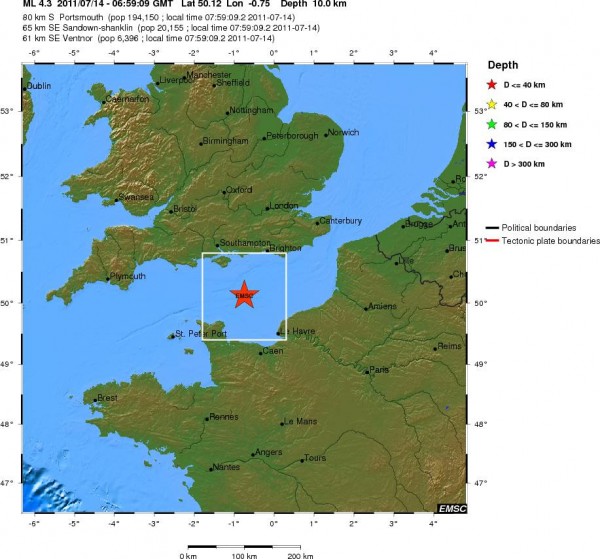 David Kerridge, from the BGS, said it was the biggest incident of its kind in the area for nearly 300 years.

“This is the largest earthquake in this area since a magnitude 4.5 event in 1734. 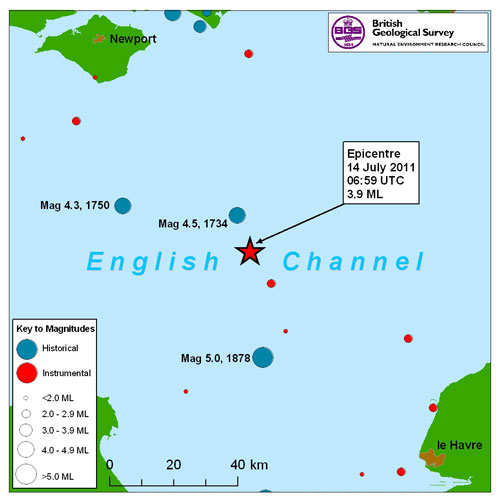 The British Geological Survey have detected an earthquake of magnitude 3.9 at 06:59 UTC (07:59 BST) this morning (14 July 2011) located approximately 80 km south-south-east of Portsmouth, Hampshire.

Several residents from the Worthing, West Sussex, area have reported having felt this event, one describing ‘it only lasted a few seconds’.

In the UK we experience a earthquake of this magnitude approximately every two years.’ 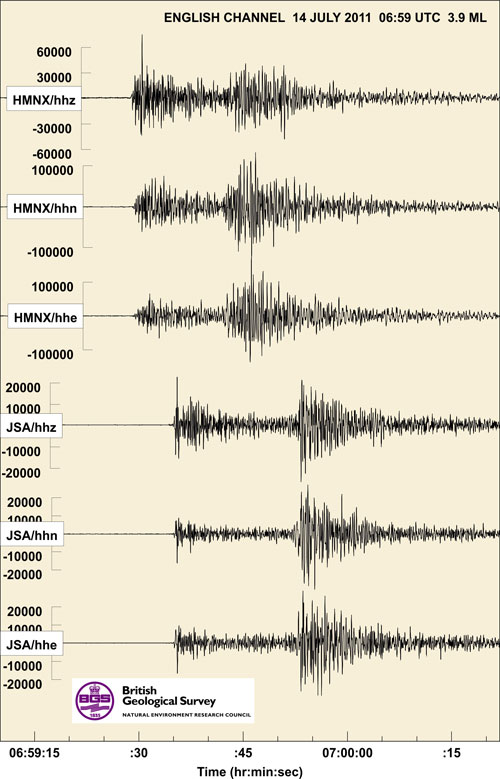