Lokon volcano near Manado town in North Sulawesi, Indonesia, continues to erupt sporadically.  Andi Rosadi from VolcanoDiscovery Indonesian team climbed the volcano on 24 Oct and saw 2 eruptions on 26 Oct. Lokon is located near the popular Tomohon resort town in the Minahasa Highlands. 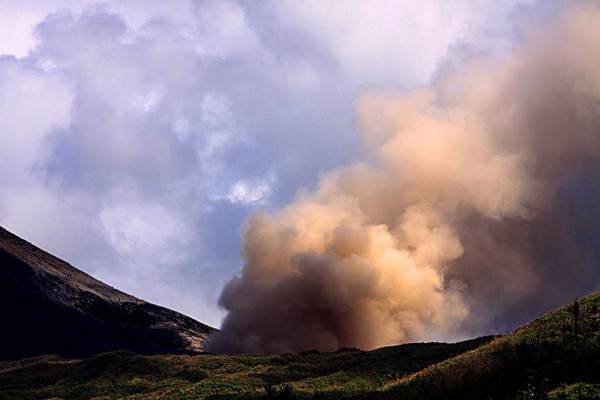 Mt. Lokon has a flat, craterless top. The younger Empung volcano has a 400-m-wide, 150-m-deep crater that erupted last in the 18th century, but all subsequent eruptions have originated from Tompaluan, a 150 x 250 m wide double crater situated in the saddle between the two peaks. Historical eruptions have primarily produced small-to-moderate ash plumes that have occasionally damaged croplands and houses, but lava-dome growth and pyroclastic flows have also occurred. (VolcanoDiscovery)