Satupo Purwo Nugroho, Head of Data Information and Public Relations for BNPB, said incandescent material was observed rising approximately 500 meters from the top of the volcano. Lava flow was observed traveling about 500 m toward the SW.

Today's eruption was preceded by a significant increase in seismicity which started on January 14.

This volcano last erupted at 18:47 UTC on January 5, 2015 (02:47 local time on January 6) when a thick gray-black column of ash reached an estimated height of 6.5 km above the summit of the volcano and drifted ESE (~8.2 km a.s.l.). Lava flow was observed traveling approximately 2 km WSW.

Alert status for the volcano remains on Standby (3 out of 4). Villagers are banned to enter areas within a 6.5-kilometer radius from the crater. 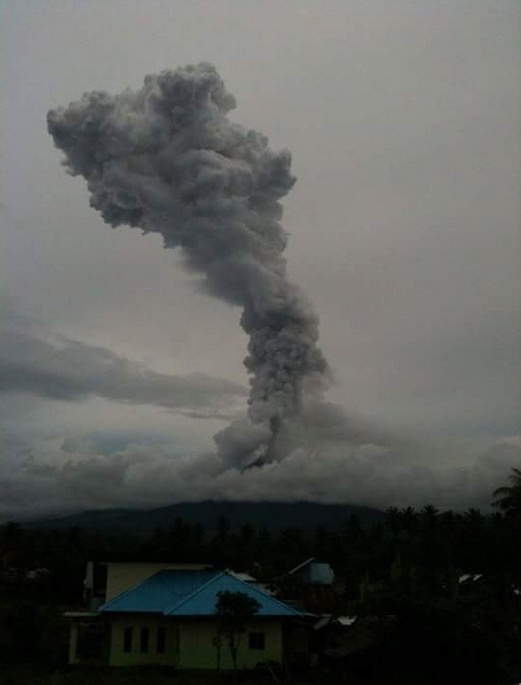