A thick gray-black column of ash reached an estimated height of 6.5 km above the summit of the volcano and drifted ESE (approximately 8.2 km a.s.l.). Lava flow was observed traveling approximately 2 km WSW from the summit, Sutopo Purwo Nugroho, Head of Data Information and Public Relations for BNPB, said.

Alert level remains at second highest (3 out of 4), accompanied by a prohibited zone of 6.5 km around the summit. There was no reported damage to people and infrastructure and society remains active as usual.

Meanwhile, the status of Mount Slamet in Central Java has been lowered to Alert (level 2) from Standby (level 3) on January 5, 2015 due to a decline in volcanic activity and seismicity.

Activity of Mount Sinabung is still high and further eruptions are possible. Community is asked to remain in compliance with the recommendations of PVMBG, Sutopo said. 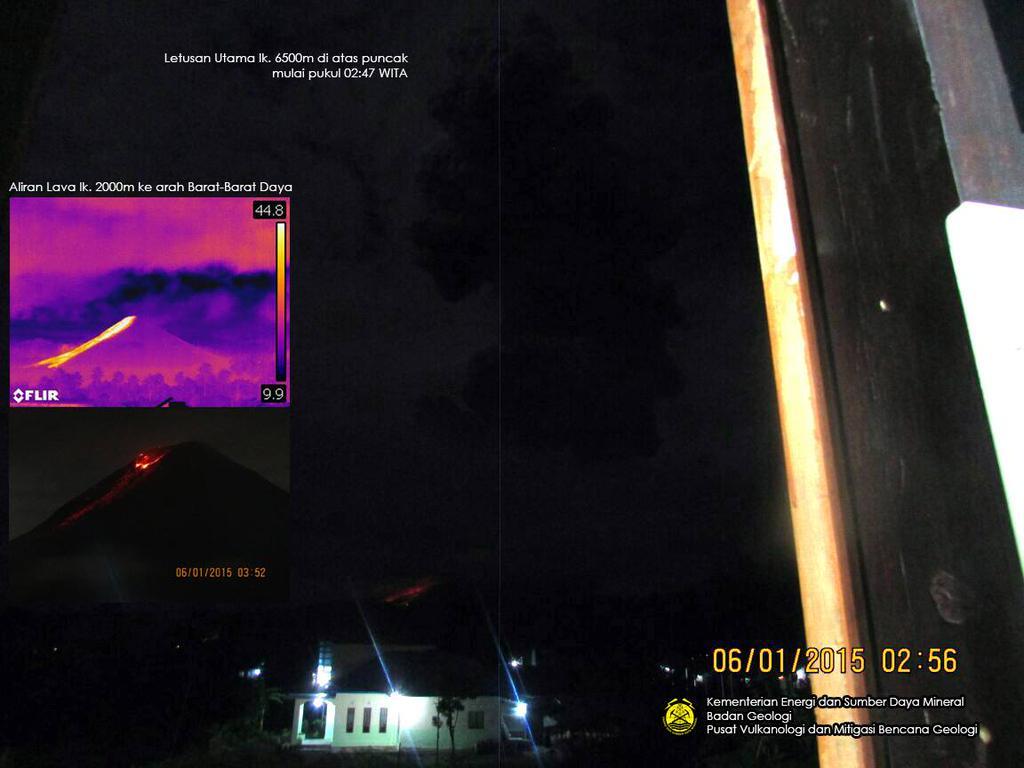