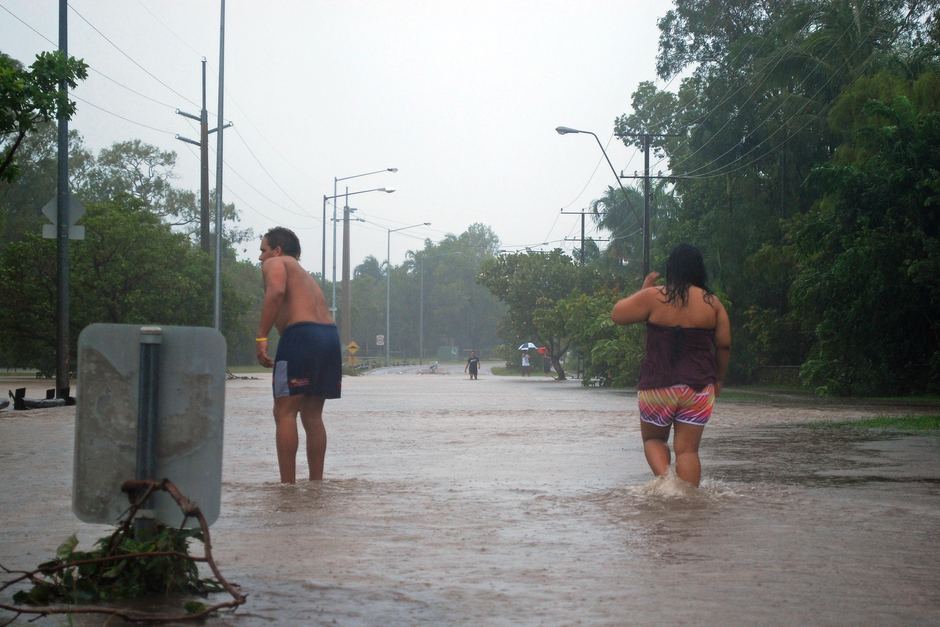 Schools and a major airport were closed as Tropical Cyclone Carlos formed off the far-flung northern city, which was hit by floods and downed power lines during a night of extreme weather.

Public broadcaster ABC said streets were flooded, while one house and an ambulance were crushed by falling trees. The weather bureau said some Darwin suburbs received up to 350 millimetres (14 inches) of rain in 24 hours.

Carlos was measured at category one on a scale of one to five. It was expected to peak at category two Thursday as it slowly circles away from Darwin and heads south-west, skimming the sparsely inhabited coastline.

Residents of Darwin, which has a population of about 120,000 and was largely rebuilt after being devastated by Cyclone Tracy in 1974, were warned to secure belongings and make plans to evacuate if their homes are not cyclone-proof.

The Bureau of Meteorology said winds were already gusting at up to 110 kilometres (68 miles) per hour and were expected to reach 130 kilometres, while Carlos would also bring abnormally high tides and some coastal flooding.

Relaying authorities' advice, the bureau told residents that "now is the time to make final preparations to your home shelter or identify which public emergency shelter to use".

Another tropical low off resource-rich Western Australia was expected to intensify to a category-three cyclone late Thursday but was tracking away from the coast, the bureau added.

Australia has been hit by four tropical cyclones since January 1 and suffered weeks of devastating flooding which killed 35 people, swamped tens of thousands of homes and brought Brisbane, its third-largest city, to a halt.

The wild weather has been linked to an especially strong La Nina weather pattern in the Pacific, which traditionally brings cyclones and floods to the vast country.