Plasma cloud from the first X-class solar flare of Solar Cycle 24 (X2.3 on February 15, 2011) is headed our way. It is expected to arrive around February 17.

Some facts about this event 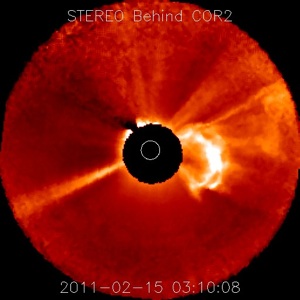 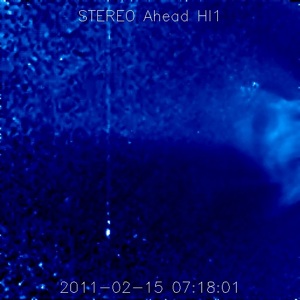 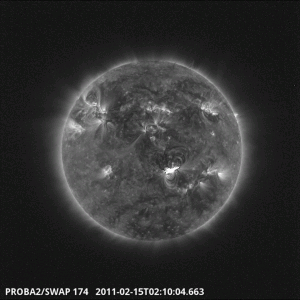 Some facts about CMEs - plasma clouds