Earth-orbiting satellites detected an X2.3 solar flare at 01:56 UTC on February 14, 2011. This is the most powerful solar flare in nearly five years, and the first X-class solar flare of Solar Cycle 24. The source was behemoth sunspot 1158. 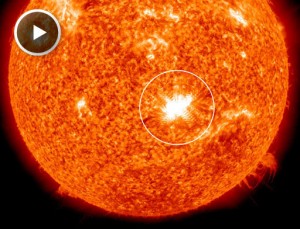 The Classification of X-ray Solar Flares