Gulf of Mexico oil producers are still struggling to restart operations after the devastating impact made by Category 4 Hurricane "Ida" on August 29, 2021. With Port Fourchon still in 'Recovery Phase' and the majority of the region's offshore production shut, U.S. crude futures have risen more than 10% since August 29.

According to Facts Global Energy, nearly 18 million barrels of oil have been lost to the market, and the company fears that could rise to 30 million before the end of the year. "Still, that's far less than the 162 million barrels lost in a three-month period in 2005 after back-to-back hurricanes Katrina and Rita."

U.S. crude futures have risen more than 10% since August 29 when Hurricane "Ida"2 made a direct hit to Port Fourchon, the most important oil and gas hub in the Gulf of Mexico, causing extensive damage and putting the facility in 'Recovery Phase.' Ida's impacts to Port Fauchron included extreme and hurricane-force winds up to 240 km/h (150 mph) and a storm surge of 3.6 to 4.3 m (12 – 14 feet) in places.

As of September 8, Port Fourchon was still in the 'Recovery Phase.'3 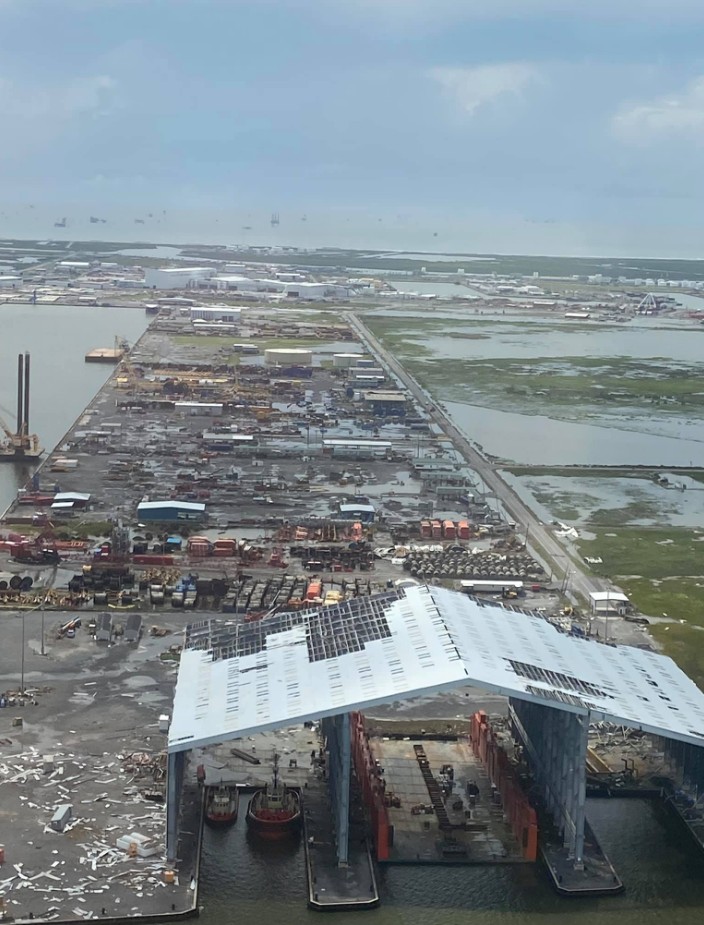 Port authorities said the Lafourche Parish Water District is planning to start sending water to Fourchon on September 9, 2021. Because it may take a day to build up water pressure to adequate levels for mass usage, tenants are asked to keep their facilities' 2” water meters closed for the next 48 hours. That will help to restore water supply for all port users.

Bayou Lafourche is closed north of Leeville per US Coast Guard. This portion of Bayou Lafourche north of the port is closed to marine traffic due to multiple obstructions in the channel, especially between the Ted Gisclair Floodgate in Larose and the Leon Theriot Lock in Golden Meadow.

NOAA Coast Survey is finalizing the survey process in Bayou Lafourche but is working with limited access due to shoaling and obstructions throughout the channel from Leeville to Larose.