NOAA Doppler radar imagery indicated that the eye of Ida made landfall along the coast of Louisiana near Port Fourchon around 16:55 UTC (11:55 CDT) with maximum sustained winds of 240 km/h and (150 mph) and minimum central pressure at 930 hPa, making it a Category 4 hurricane on the Saffir-Simpson Hurricane Wind Scale. 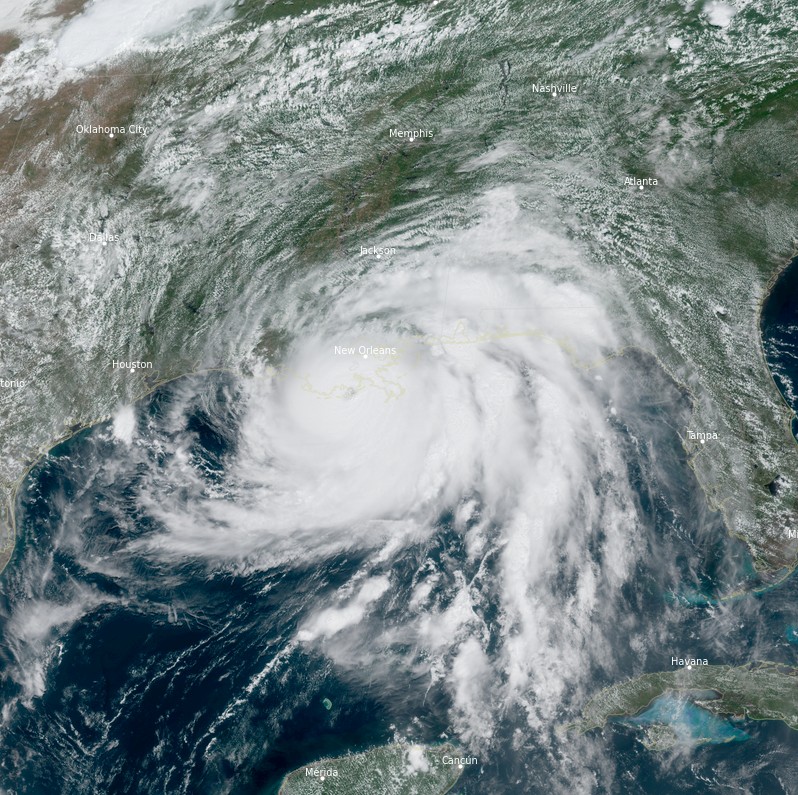 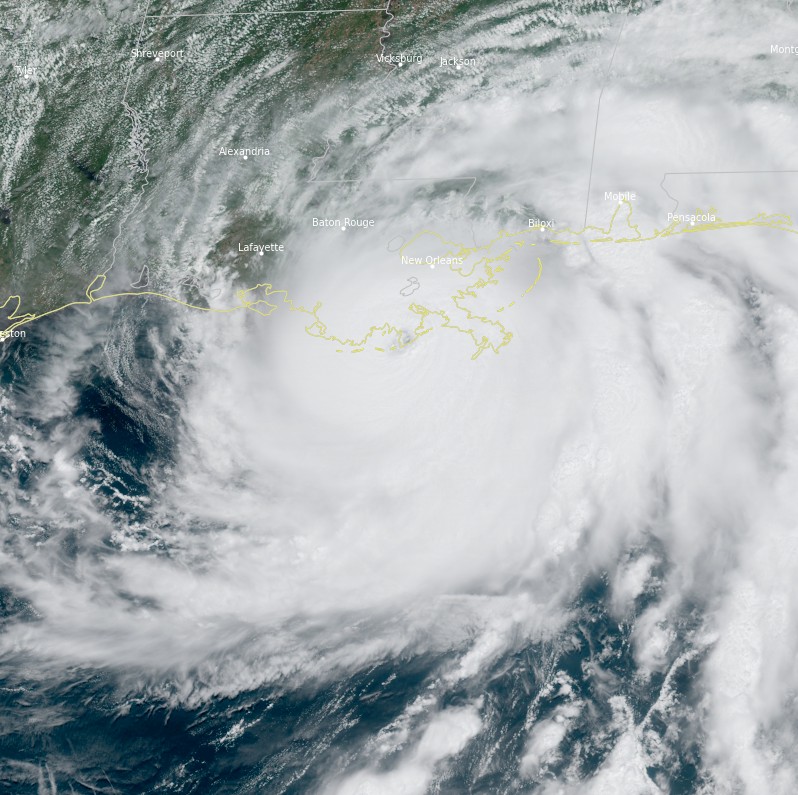 Ida made second landfall southwest of Galliano, Louisiana at 19:00 UTC with maximum sustained winds of 235 km/h (145 mph) and a minimum central pressure of 934 hPa.

The hurricane left more than 1 million customers without power in Louisiana (45% of the state), including the entire city of New Orleans (population 390 845).

"Hurricane Ida’s intensity has caused catastrophic damage in its path, including a load imbalance to the company’s transmission and generation," Entergy New Orleans said.

A rare flash flood emergency was issued Sunday night for the south shore area of metro New Orleans. City authorities said water had begun spilling out of Lake Ponchartrain so fast that there was no time to organize a mandatory evacuation of the city.

Another rare flash flood emergency was issued for Jean Lafitte and Lafitte where major damage was reported, including a collapsed bridge and overtopped levees. Emergency services said they were unable to conduct rescues, saying rescue boats will be deployed as soon as the weather permits. A small rescue team was deployed for those in immediate and/or imminent danger.2

According to the Louisiana Department of Health, a 60-year-old man was killed in Ascension Parish on Sunday after a tree struck his home.

Storm surge and strong winds stopped the flow of the Mississippi River on Sunday near New Orleans and actually caused the flow to reverse – something the United States Geological Survey said is 'extremely uncommon.'3

"I remember, offhand, that there was some flow reversal of the Mississippi River during Hurricane Katrina, but it is extremely uncommon," Scott Perrien, a supervising hydrologist with the USGS Lower Mississippi Gulf Water Science Center in Baton Rouge, Louisiana, told CNN.

Perrien noted that the river level rose about 2.1 m (7 feet) due to the storm surge pushing up the river at the USGS gauge, located in Belle Chasse, about 32 km (20 miles) south of New Orleans in southeastern Louisiana.

According to NASA-funded research, three conditions must be met in order for the brown ocean effect to take place. First, the lower level of the atmosphere mimics a tropical atmosphere with minimal variation in temperature. Second, soils in the vicinity of the storms need to contain ample moisture. Finally, evaporation of the soil moisture releases latent heat, which the team found must measure at least 70 watts averaged per square meter.4

Tennessee Emergency Management Agency is warning Ida could trigger immense flooding in the state, including the same areas that are still recovering from last week’s tragic flooding.5