Seismic activity at Pavlof volcano has increased on September 21, 2020, prompting the Alaska Volcano Observatory (AVO) to raise the Aviation Color Code to Yellow and Alert Level to Advisory.

While this does not necessarily mean that an eruption is likely or imminent, past eruptions at Pavlof occurred with little or no warning, AVO stated.

There is currently no observed eruptive activity or emissions in cloudy satellite imagery and web camera views.

"However, the seismic activity represents an increase from background levels and we are thus increasing the Aviation Color Code and Alert Level to YELLOW/ADVISORY," AVO said.

Pavlof is a snow- and ice-covered stratovolcano located on the southwestern end of the Alaska Peninsula about 953 km (592 miles) southwest of Anchorage.

The volcano is about 7 km (4.4 miles) in diameter and has active vents on the north and east sides close to the summit. 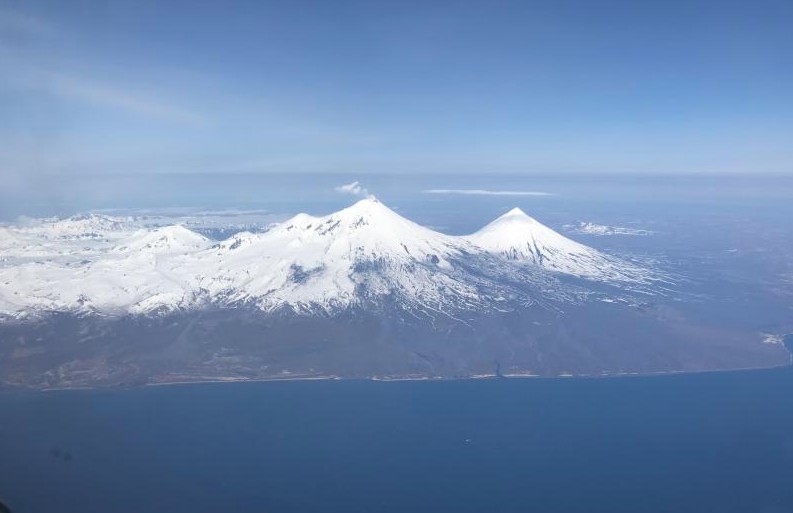 The most active volcano of the Aleutian arc, Pavlof is a 2 519-m-high (8 264 feet) Holocene stratovolcano that was constructed along a line of vents extending NE from the Emmons Lake caldera.

Pavlof and its twin volcano to the NE, 2 142-m-high (7 027 feet) Pavlof Sister, form a dramatic pair of symmetrical, glacier-covered stratovolcanoes that tower above Pavlof and Volcano bays.

A third cone, Little Pavlof, is a smaller volcano on the SW flank of Pavlof volcano, near the rim of Emmons Lake caldera.

Unlike Pavlof Sister, Pavlof has been frequently active in historical time, typically producing Strombolian to Vulcanian explosive eruptions from the summit vents and occasional lava flows. The active vents lie near the summit on the north and east sides.

The largest historical eruption took place in 1911, at the end of a 5-year-long eruptive episode, when a fissure opened on the N flank, ejecting large blocks and issuing lava flows. (GVP)