A massive sandstorm with winds up to 120 km/h (75 mph) hit the Canary Islands over the weekend and continued into Monday, February 24, 2020. The storm caused severe disruptions and exacerbated wildfires which forced about 2 000 residents to evacuate. The regional president called it the worst storm to hit the islands in 40 years.

Swirling sands prompted planes to be grounded, with planes rerouting to other destinations. Furthermore, authorities stopped flights from taking off from airports. 745 flights were canceled over the weekend, while 84 more were diverted.

All eight airports in the archipelago had been closed on Saturday, February 22, due to powerful winds and low visibility. As a result, thousands of tourists were left stranded.

According to Angel Victor Torres, the islands' regional president, it was the worst such storm to sweep the islands in 40 years, adding that its arrival was a "nightmare weekend". 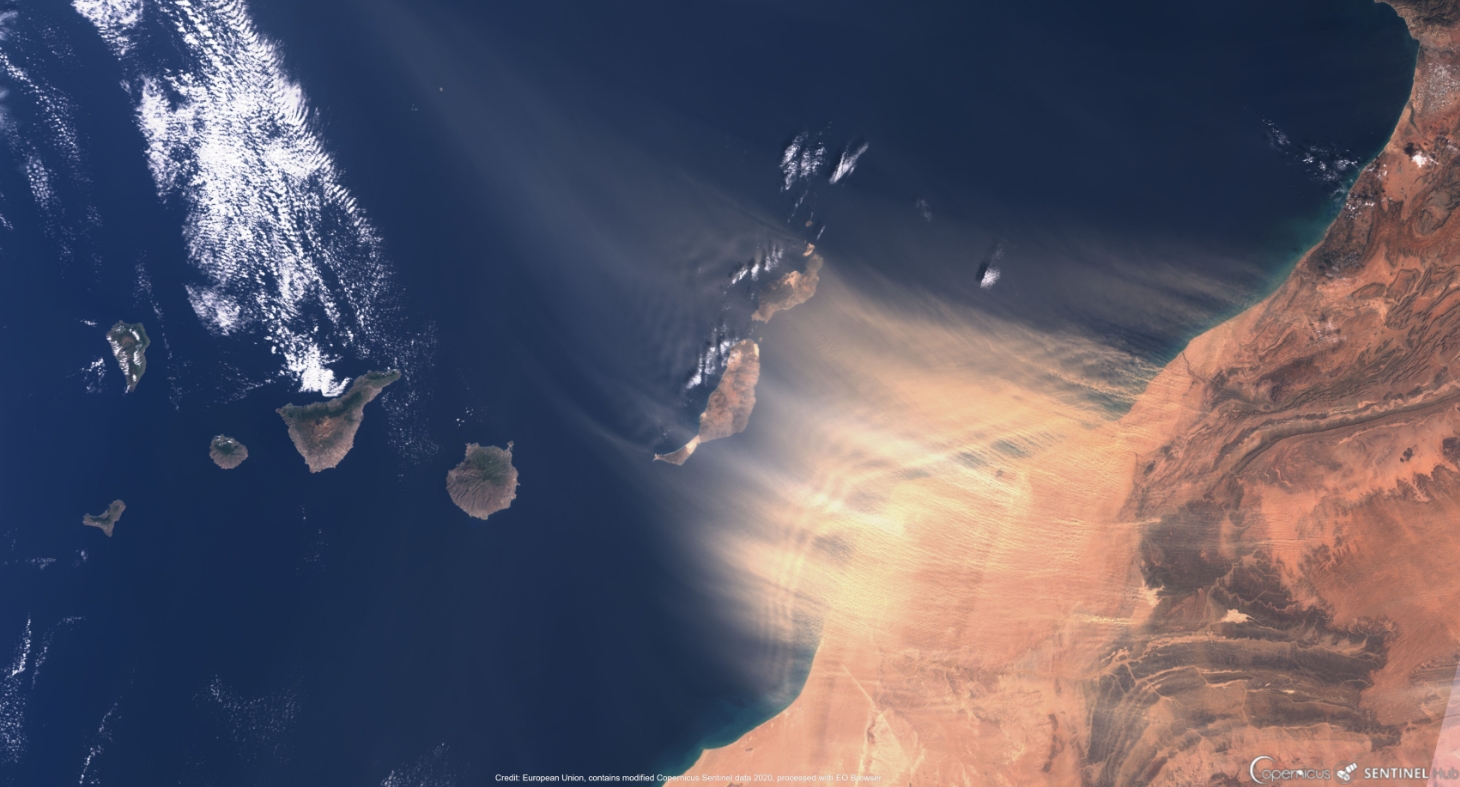 Flights to and from the Canary Islands were grounded this weekend by sand blown from the Sahara Desert. This @CopernicusEU Atmosphere Monitoring Service animation shows its movement from the beginning of February to yesterday.

Wow, the Canary Islands have turned into Mars, due to the heavy Saharan dust transport, callee #Calima, yesterday and today. This is the worst Saharan dust event in the past 20-30 years.

Thanks to Marty O'Neill – @dishyouwerehere for the report. Posted with permission. pic.twitter.com/NlpfMZYgSV

Winds of up to 120 km/h (75 mph) carried red sand over 100 km (62 miles) from the Sahara to the islands, which fanned wildfires and caused about 2 000 residents to flee their homes in Tenerife and Gran Canaria.

"They were the longest 15 seconds of my life," said 56-year-old Lali Gutierrez as she recalled how her family panicked to escape a wildfire accelerating towards their home.

"We grabbed our two dogs and a cat when they told us to leave, and that was all we had time for."

As the fierce winds fueled wildfires, huge swaths of lands have been destroyed, including a banana plantation. Pilots were unable to fly aircraft to help firefighters on the ground.

The eight islands were still partially covered in red haze on Monday, which could be seen from space. "The Canary Islands have turned into Mars," wrote Severe Weather Europe (SWE), as witnesses also described the conditions to be resembling the red planet.

"It is Dantesque and brutal. It seems like Mars," Emilio Cuevas Agullo of the Spanish Meteorological Agency also noted.

"We are experiencing a tremendous sandstorm which will probably go down as the worst of its kind in history since records began," he remarked.

This weather phenomenon is also known as a 'calima' in the Canary Islands. It happens when a burst of dusty wind develops during sand storms in the Sahara and then crosses over from the African desert.

The calima's arrival during the weekend wreaked havoc to much of the archipelago, engulfing vehicles and buildings in red dust. In La Palma, ferocious winds knocked down lamp posts, trees, and a wall, blanketing parked cars in debris. Many roads were also closed as the storm resulted in low visibility.

On Monday, all eight airports were eventually reopened as "the overnight improvement in the weather has allowed the resumption of air traffic in all airports in the Canary Islands," said the Spanish transport ministry.

Situated off the coast of Morocco and Western Sahara, the Canary Islands is a popular tourist spot due to its temperate climate. In 2019, over 13 million foreigners traveled to the island, making it the third most popular tourist region of Spain.