The eruption at Cumbre Vieja volcano in La Palma, Canary Islands, Spain was declared officially over on December 25, 2021 (VEI 3). 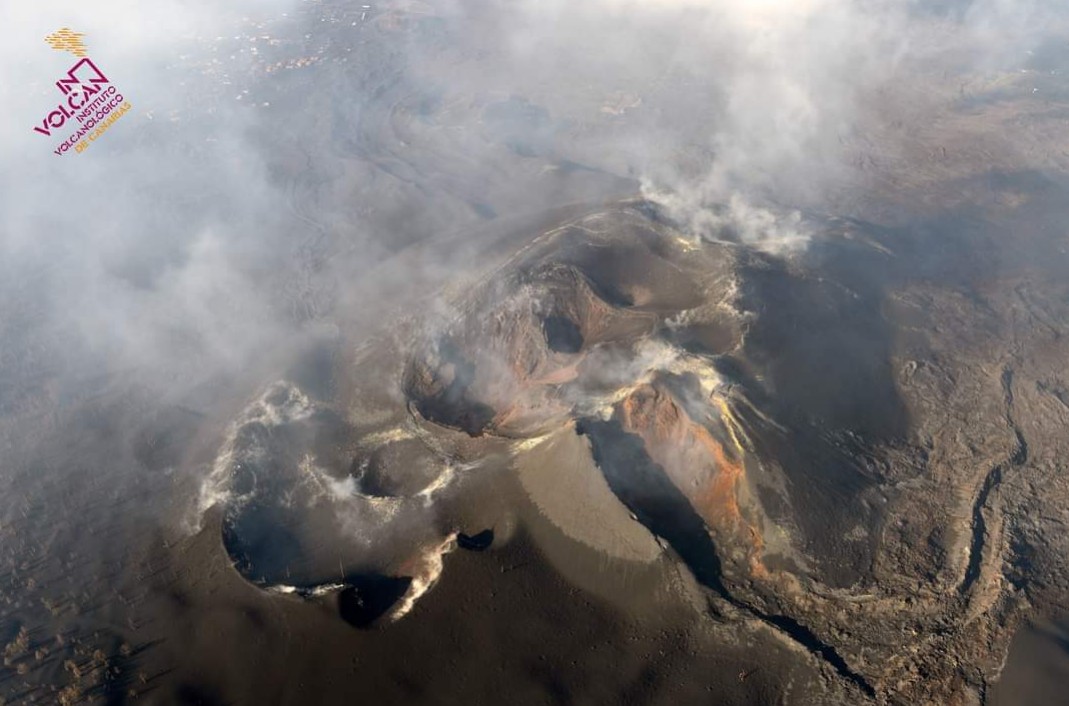 The eruption started on December 19, spewing rivers of lava that destroyed 2 988 buildings, including homes, schools, churches, and health centers, according to the Copernicus EMS satellite-based estimation.

According to the Cadastre, 1 676 buildings were affected, of which 1 345 residential, 180 agricultural, 75 industrial, 44 for leisure and hospitality, 16 for public use, and the remaining 16 for other uses.

Banana plantations account for nearly 50% of the island's economy. 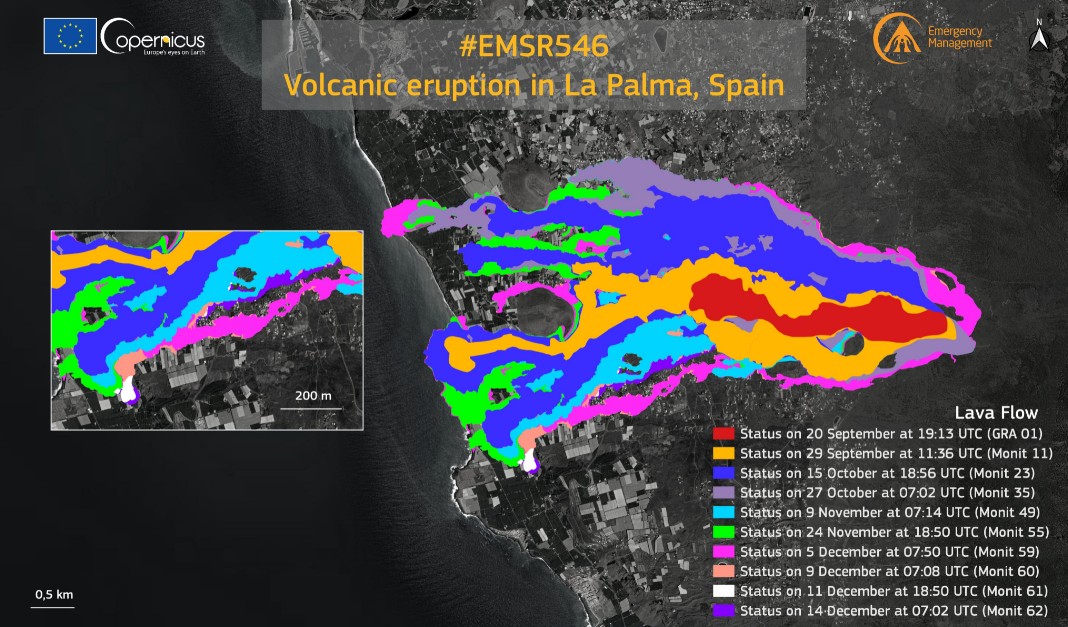 "I have searched for the exact word that could define our state of mind. It is not joy, I cannot say that we are happy, and it is not satisfaction either," said the Minister of Public Administration, Justice and Security of the Government of the Canary Islands.1

Damage is expected to exceed 1 billion USD, but the authorities pledged to help La Palma build after the disaster.

"We will continue working together, all the institutions, to relaunch the wonderful island of La Palma and repair the damage caused," Spanish Prime Minister Pedro Sanches said.

While the eruption is now over, this doesn't mean there is no longer any danger as toxic gases will continue to be released for a long time.

"The emergency has not ended and that PEVOLCA remains on a red light since the risks associated with gases and heat still persist," said Julio Pérez, the director responsible for the PEVOLCA Plan. (PEVOLCA – Special Plan for Civil Protection and Emergency Assistance for Volcanic Risk of the Canary Islands.)

"Surveillance and monitoring will continue throughout the area, but we will start from Monday to study the rehousing plan, which will have to be a safe and orderly rehousing, gradual, in the least affected areas first, and those most affected later," Pérez said, adding that the purpose of those responsible for the emergency is to begin with the first relocations during the first half of January, a period in which it is also intended to begin with the first lava tests which will allow restoring of some of the essential services affected by the eruption.

The PEVOLCA Scientific Committee concluded that the eruption of the volcano that originated in Cabeza de Vaca has been strombolian fissure with phreatomagmatic pulses and with Volcanic Explosivity Index of 3.

The maximum range of the ballistic projectiles has been 1.5 km (0.93 miles).

The 47 km (29 miles) wedge-shaped island of La Palma, the NW-most of the Canary Islands, is composed of two large volcanic centers. The older northern one is cut by the massive steep-walled Caldera Taburiente, one of several massive collapse scarps produced by edifice failure to the SW.