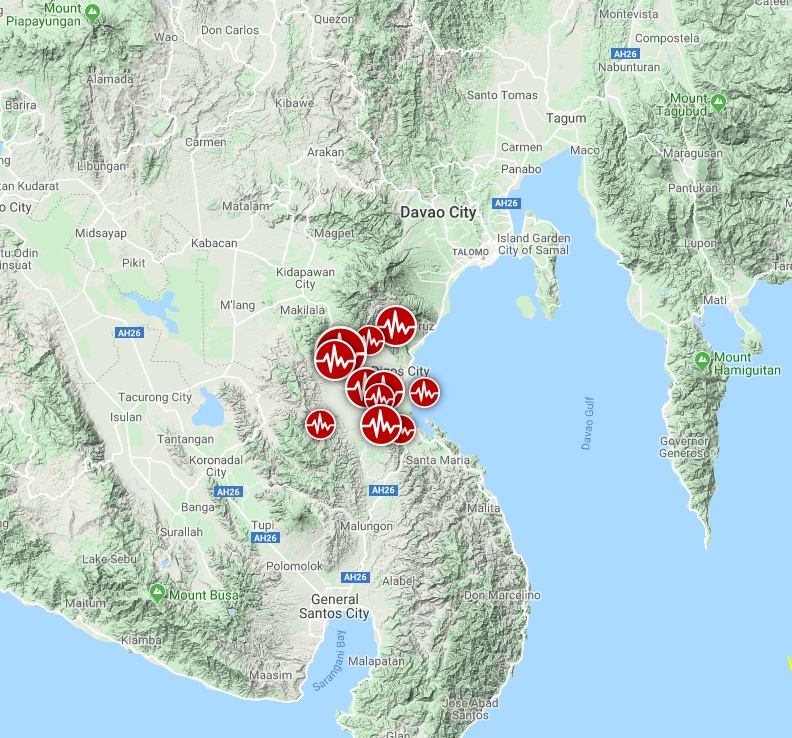 Overall, the population in this region resides in structures that are a mix of vulnerable and earthquake-resistant construction. The predominant vulnerable building types are reinforced concrete and unknown/miscellaneous types of construction.

According to Anthony Allada, public information officer of Magsaysay Town, Davao del Sur, 14 people were injured but none seriously.

Roads and buildings, including the local government office, were damaged and power was out in the town.

At least 3 people have been killed after a three-story supermarket collapsed in Padada town, Davao Del Sur. An unknown number of people were believed to be trapped under the rubble.

A six-year-old girl was killed in nearby Matanao town after she was hit by a falling concrete wall.

This region was shaken by four powerful quakes in October and November, which together killed at least 20 people.

JUST IN: 3 people including a senior citizen, was trapped after the debris from a building hits their lower parts of their bodies due to a strong magnitude 6.9 earthquake at Padada, Davao del Sur. Emergency responders are now on scene.#linog #lindol #EarthquakePH #Mindanao pic.twitter.com/I6z5PxdUXI 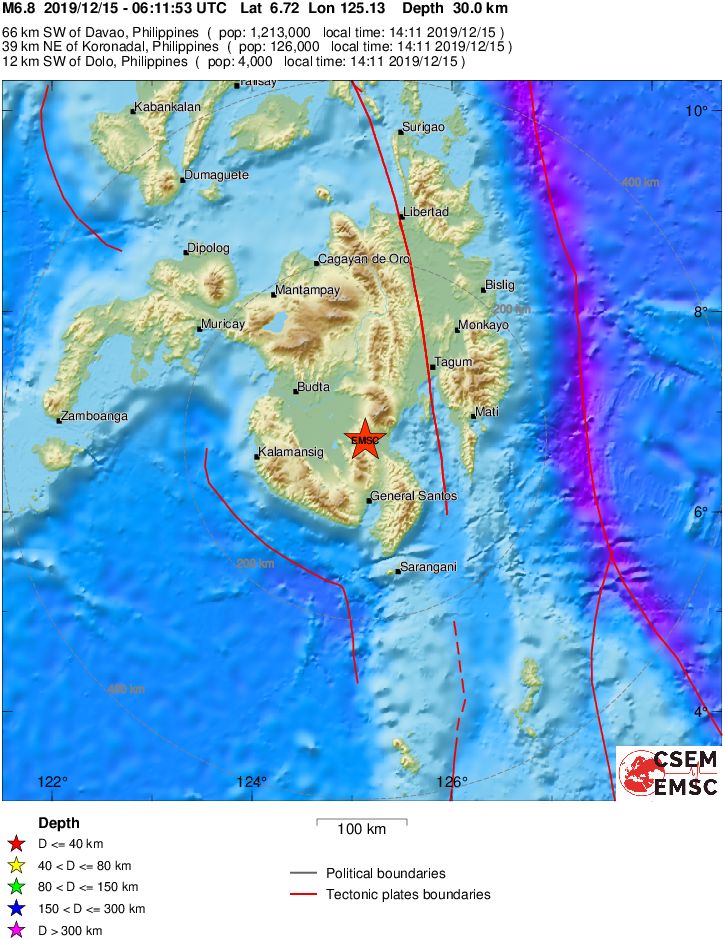 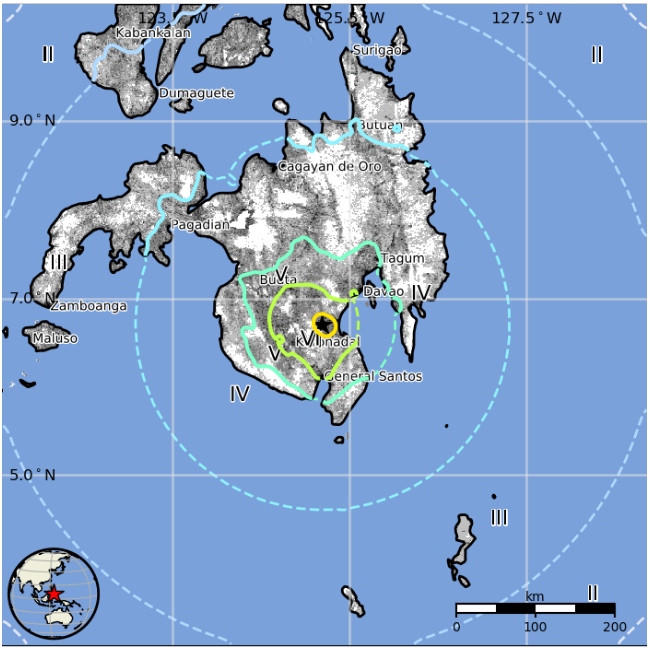 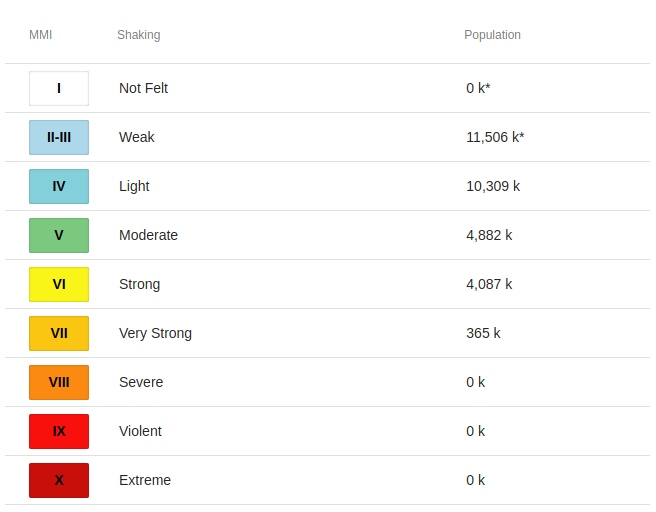 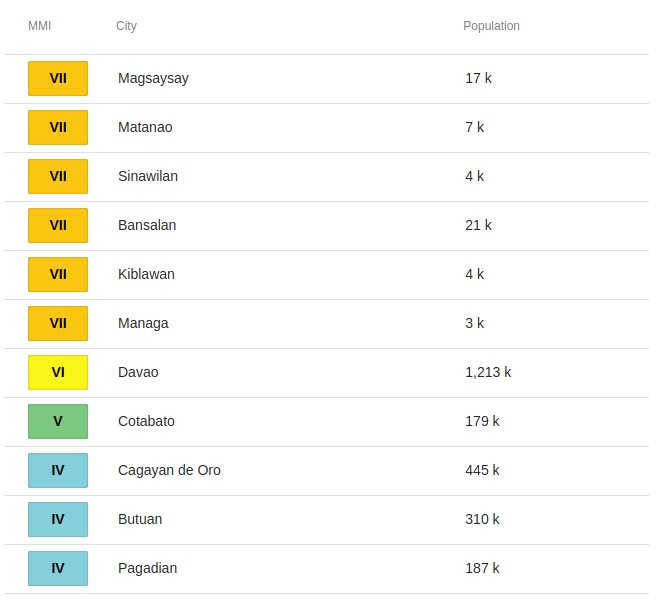 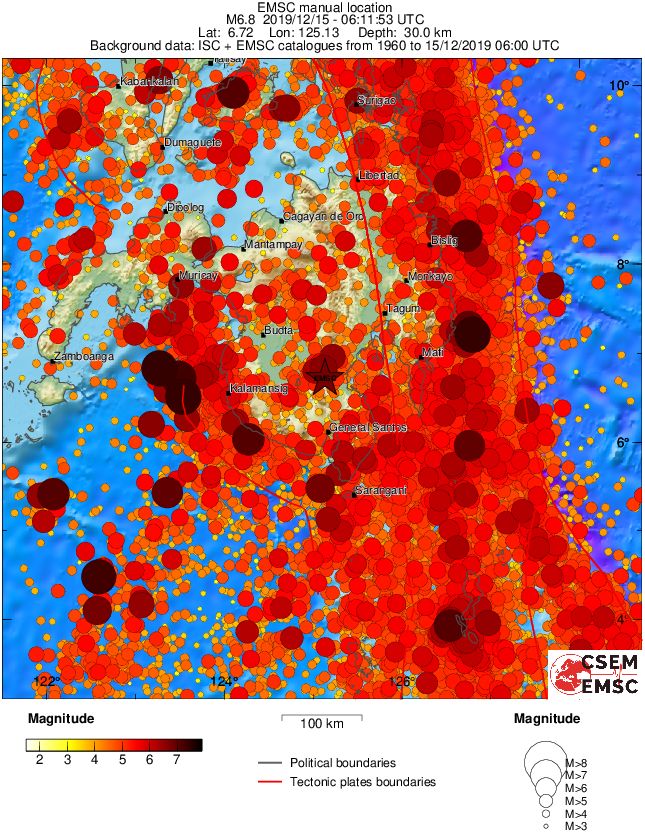