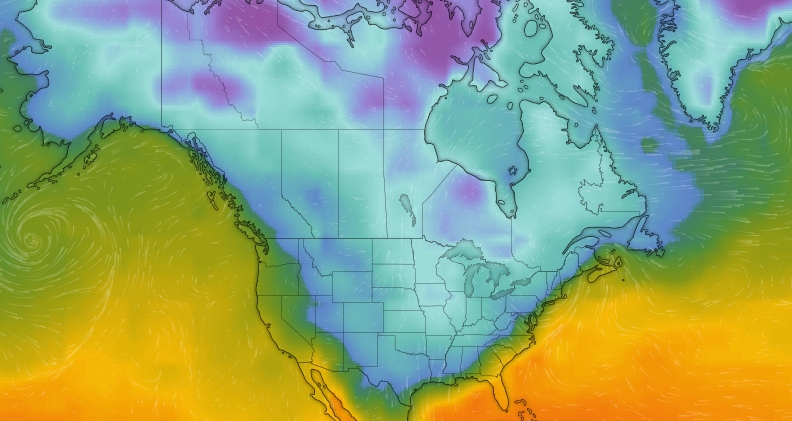 The Arctic airmass that has settled into the Plains will continue to spread record cold temperatures south and eastward into the Ohio Valley and down into the southern Plains today, November 12. The storm is also affecting Canadian Maritimes since November 11.

The Arctic storm has begun impacting the Canadian Maritimes late Monday, November 11. Wind gusts are expected to be around 50 to 70 km/h (31 to 43 mph), or even higher in parts of Nova Scotia, Newfoundland.

According to the Weather Network, the snow was coming down in earnest across much of New Brunswick in the evening during the same period and will last longest in the area, still falling for some residents by Tuesday evening, November 12.

Locals across the Gulf can expect the snow by Tuesday morning, but largely confined to the western half of the island and heaviest on the Great Northern Peninsula.

Moreover, rain from the overnight will continue into Tuesday morning for most of Nova Scotia, lasting through the day in most areas. In Newfoundland, the heaviest downpours will be in the western portion.

However, a warm front will slide through the region by the morning as it crosses New Brunswick. Locals in southern areas of the province around the Bay of Fundy will experience a switchover to rain. A transition of ice pellets is also likely, especially in central and northern parts, before another possible second round of snow falls into the evening. There will be freezing rain in the western parts of the island by early afternoon.

The said warm front will set the Atlantic region apart of Ontario in Quebec in one other way – it will make temperatures above the freezing point for most of the region.

Driving around in southwestern Ontario between Kitchener and Cambridge – it's a rough commute to say the least. #ONStorm @weathernetwork  Please drive carefully! pic.twitter.com/exq1PDlfi1

Once the system moves out by Wednesday morning, November 13, there will be a switch in temperatures across Atlantic Canada while most of the Maritimes.

"A system tracking to the north will drag another cold front across the region Friday night and Saturday with rain and snow showers expected once again," said meteorologist Dr. Doug Gillham. 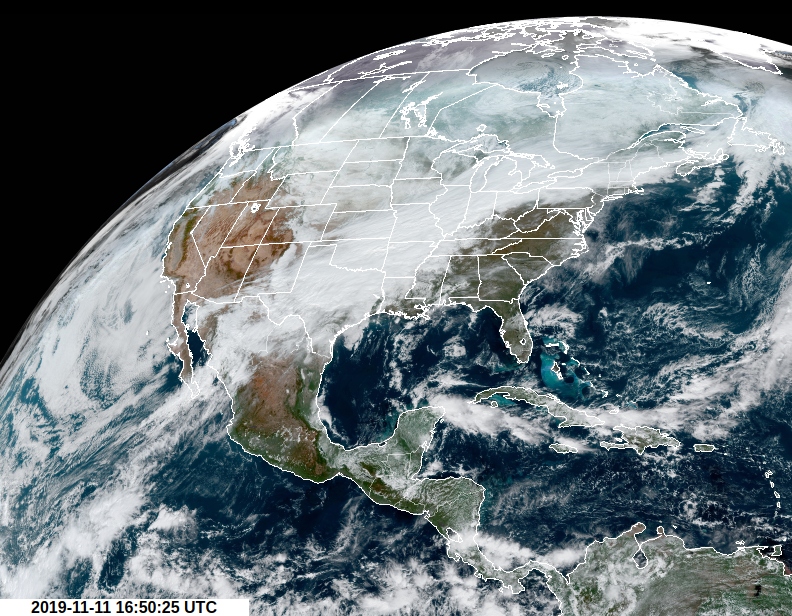 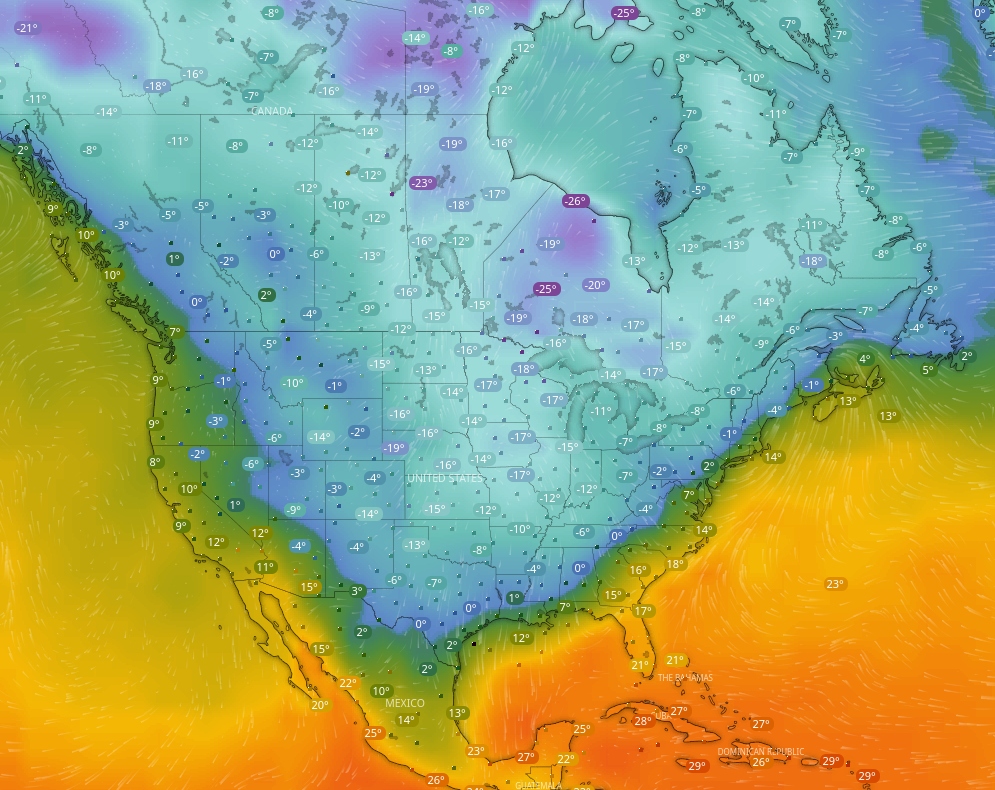 Meanwhile, according to NWS, widespread record cold is spreading from the Plains eastward toward the East Coast.

Early season snow across western to northern New York and northern New England will eventually diminish during the same period.

Persistent warm and dry weather over the west will continue to raise fire weather threats for parts of southern California.

The arctic airmass that has settled into the Plains will keep spreading record cold temperatures south and eastward into the Ohio Valley and down into the southern Plains on the same day.

By Wednesday morning, November 13, record low temperatures will be typical along most of the East Coast areas, the Ohio Valley, and down as far south as the upper Texas coast, making it seem like the middle of winter.

The arctic outbreak will start into moderate on Thursday, November 14, as the center of the expansive, high-pressure system begins to head off the New England toward the Canadian Maritimes.

Furthermore, along with the arctic chill is an area of low pressure forming along the front, which is bringing a wide swath of snow from Tennessee Valey, along the Appalachians and upstate New York, into northern New England.

Most of the snow is expected to turn into flurries later on November 12 as the low-pressure center quickly intensifies and moves into the Canadian Maritimes. Likewise, the rain will head rapidly across the Deep South and the Southeast prior to the arrival of the arctic chill.

Florida will see showers into November 14. By early Thursday, an upper-level disturbance arriving from northern Mexico will increase the possibilities of rain along the Gulf Coast as a coastal front develops offshore.

As opposed to the record cold in the central and eastern US, much above average temperatures are expected across the West into the Great Basin and Rockies.

The next upper-level disturbance hovering onshore across the Pacific Northwest will spread snow and mixed precipitation through the inner sections of the Northwest and the northern Rockies on November 12, with light accumulations expected.

Light snow and mixed precipitation are predicted to move rapidly across the central Plains on November 13, before reaching the Great Lakes early on November 14.

In Chicago, a plane slid off a runway on Monday, November 11, due to icy conditions. According to American Airlines, all 38 passengers and three crew members were removed from the aircraft of American Eagle flight 4125 and were sent back to the terminal safely.

No injuries were reported, the Chicago Fire Department confirmed.