A bright fireball streaked through the night sky over St. Louis, Missouri at around 02:53 UTC on November 11, 2019, one of the peak nights for the Northern Taurid meteor shower.

Radio station KSDL and TV station KMOV reported that local residents saw a flash of light and loud noise. Some cameras in the city were able to capture the event.ss

I was watching an @EarthCam camera from St. Louis, Missouri about 30 minutes ago and saw a #meteor! pic.twitter.com/PVAvIGlALF

Other locals were also able to pick up the event on home security cameras.

#BREAKING: Video of large fireball that soared over the skies of St. Charles County around 8:50-8:55 tonight. People tell @ksdknews the bright light was followed by a loud boom that shook violently. This is from viewer Tim Maudlin. pic.twitter.com/FvdYhOhWew

The Northern Taurid meteor shower is known for meteors brighter than usual. The event was expected to peak on Monday night into early Tuesday, November 12.

According to KSDK, St. Louis was just on the eastern edge of the highest visibility region on the map.

"The Taurids are rich in fireballs, so if you see a Taurid it can be very brilliant and it’ll knock your eyes out," NASA meteor expert Bill Cooke said. "It’s simply the fact that when a Taurid appears it’s usually big and bright."

The meteor shower set to strike next is the Leonids on the night of November 16, KSDK reported. It will be followed by a month-long gap until Geminids fly by mid-December.

According to the American Meteor Society (AMS), so far they have received 149 reports about the fireball. Although the meteor was mainly seen from Missouri, reports also came from Indiana, Illinois, Kansas, Minnesota, Nevada, Nebraska, Oklahoma, and Wisconsin.

AMS said when two showers are active simultaneously, there is a remarkable increase in fireball activity at times. The Taurids produce around five meteors per hour. 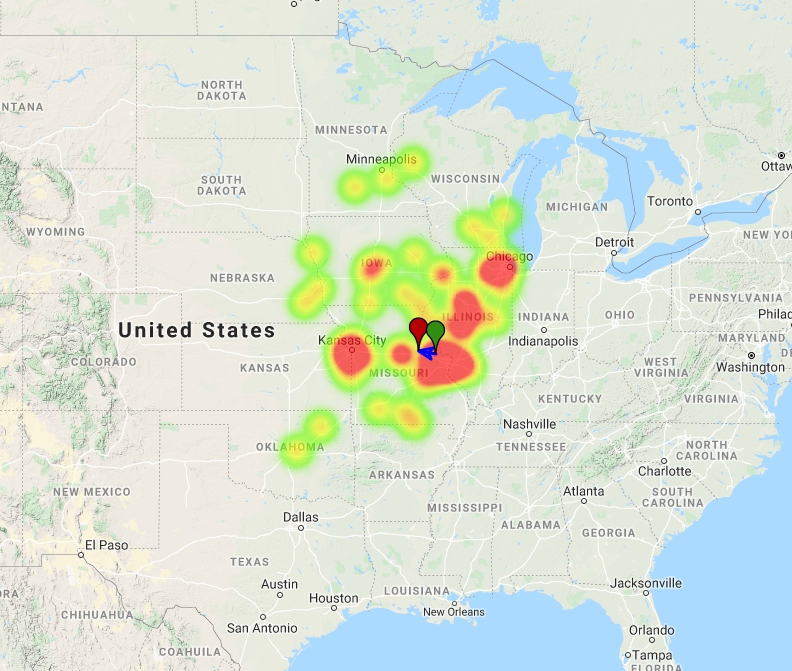