Hygiea, previously classified as an asteroid, may actually be the smallest dwarf planet in the solar system, according to a study published on October 28, 2019. New images by the ESO's SPHERE instrument at the Very Large Telescope (VLT) revealed that the space object is nearly spherical, which makes it qualified to be a dwarf planet.

Before the discovery, Hygiea already checked off three requirements for its status: First, it orbits the Sun. Second, it is not a moon. Third, it has not swept its orbital path clear of other space rocks, the way planets are able to. The last requirement was its shape. 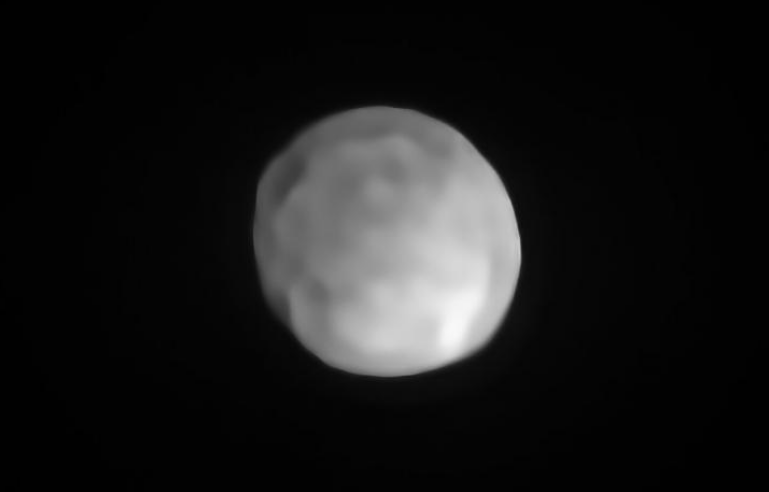 The International Astronomical Union is expected to officially reclassify Hygiea, joining it with a handful of other dwarf planets like Pluto in our solar system. About 430 km (267 miles) across, Hygiea would dethrone Ceres with its 950 km (590 miles) diameter as the smallest dwarf planet discovered in our solar system. The object is the fourth largest in the asteroid belt after Vesta, Pallas, and Ceres. 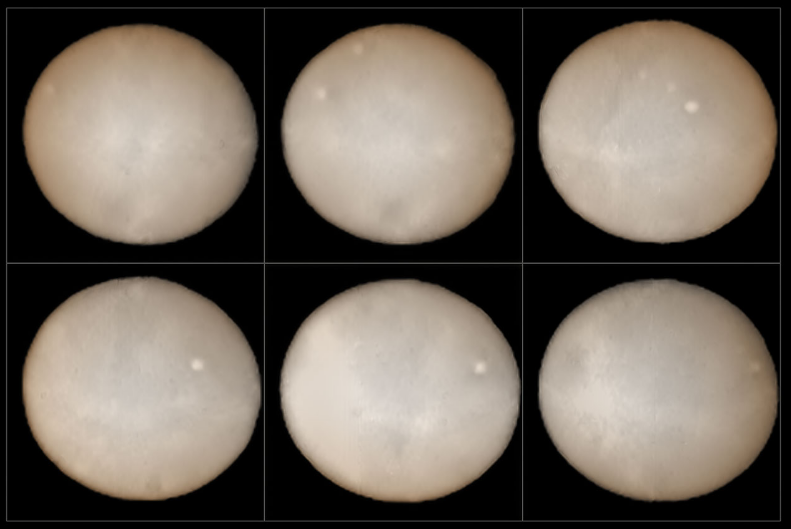 SPHERE observations also revealed that Hygiea lacks the very big impact crater that scientists expected to spot on its surface. The object is the main member of one of the largest asteroid families with close to 7000 members that all came from the same parent body.

Astronomers expected the event that resulted in the formation of this family to have left a deep mark on Hygiea.

"This result came as a real surprise as we were expecting the presence of a large impact basin, as is the case on Vesta," Vernazza said.

Astronomers observed the object's surface with a 95% coverage and identified two unambiguous craters. "Neither of these two craters could have been caused by the impact that originated the Hygiea family of asteroids whose volume is comparable to that of a 100 km-sized object. They are too small," said co-author Miroslav Broz of the Astronomical Institute of Charles University in Prague, Czech Republic.

Numerical simulations from further investigations led the team to conclude that Hygiea's spherical shape and a big family of asteroids are likely due to an extreme head-on collision with a large projectile of diameter between 75 to 150 km (46 to 93 miles).

The simulations showed that the major impact which was thought to have taken place about 2 billion years ago totally shattered the parent body.

Once the remnants reassembled, they gave Hygiea its nearly spherical shape and thousands of companion asteroids.

"Such a collision between two large bodies in the asteroid belt is unique in the last 3-4 billion years," said co-author Pavel Sevecek, a Ph.D. student at the Astronomical Institute of Charles University.

"Thanks to the unique capability of the SPHERE instrument on the VLT, which is one of the most powerful imaging systems in the world, we could resolve Hygiea's shape, which turns out to be nearly spherical," said lead author Pierre Vernazza from the Laboratoire d'Astrophysique de Marseille in France.

(10) Hygiea is the fourth largest main belt asteroid and the only known asteroid whose surface composition appears similar to that of the dwarf planet (1) Ceres1,2, suggesting a similar origin for these two objects. Hygiea suffered a giant impact more than 2 Gyr ago3 that is at the origin of one of the largest asteroid families. However, Hygeia has never been observed with sufficiently high resolution to resolve the details of its surface or to constrain its size and shape. Here, we report high-angular-resolution imaging observations of Hygiea with the VLT/SPHERE instrument (~20 mas at 600 nm) that reveal a basin-free nearly spherical shape with a volume-equivalent radius of 217 ± 7 km, implying a density of 1,944 ± 250 kg m−3 to 1σ. In addition, we have determined a new rotation period for Hygiea of ~13.8 h, which is half the currently accepted value. Numerical simulations of the family-forming event show that Hygiea’s spherical shape and family can be explained by a collision with a large projectile (diameter ~75–150 km). By comparing Hygiea’s sphericity with that of other Solar System objects, it appears that Hygiea is nearly as spherical as Ceres, opening up the possibility for this object to be reclassified as a dwarf planet.