A high-level eruption took place at Manam volcano, Papua New Guinea on June 27, 2019, after a period of increased seismic activity. The Aviation Color Code is Red.

"Volcanic ash to 15.2 km (50 000 feet) is expected to dissipate within 12 hours. Rabaul Volcano Observatory reports ongoing eruption to 4.5 km (15 000 feet) is further aided by superheated pyroclastic flow to the west and northeast of the crater." 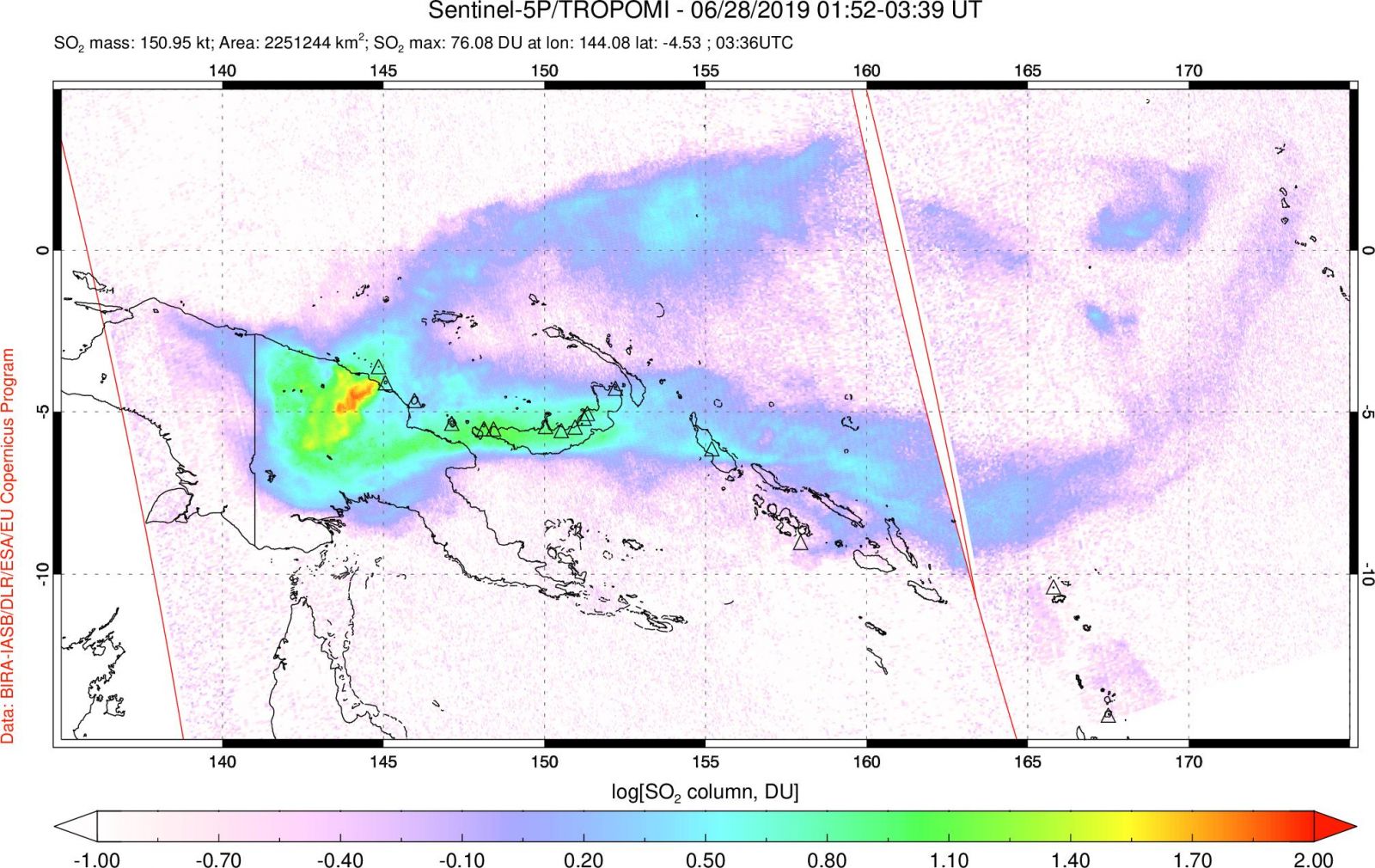 Manam's eruption comes just 2 days after a powerful eruption at Ulawun volcano, about 714 km (440 miles) to the east.

Ulawun erupted at about 22:00 UTC on June 25 after a few weeks of increased activity. Volcanic ash rose up to 19.2 km (63 000 feet) a.s.l. The eruption forced thousands of people to evacuate. 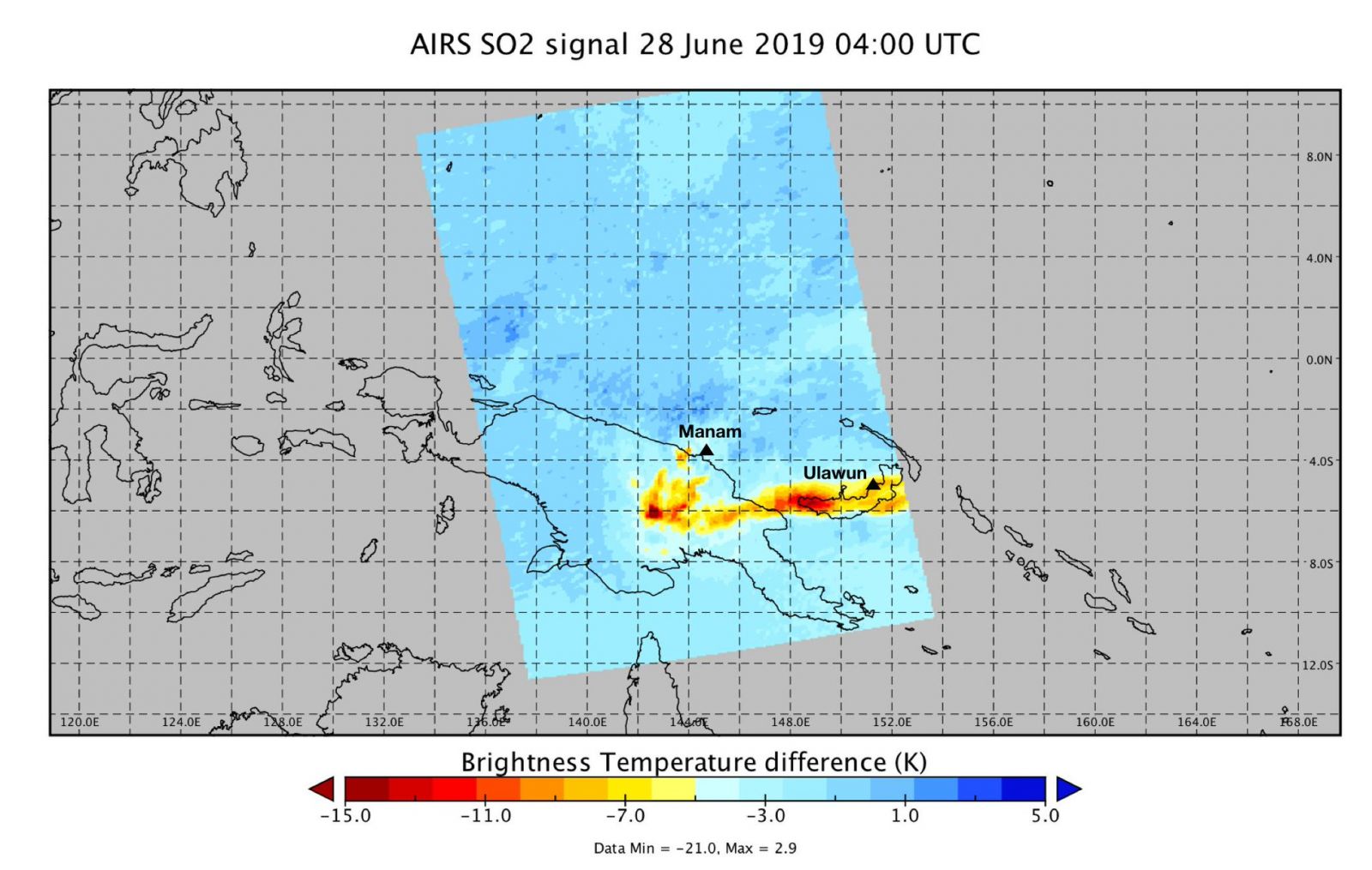 Previous eruptive activity at the volcano

Explosive activity continues at Papua New Guinea's Manam volcano, ejecting ash plume to an estimated 3 km (10 000 feet) above sea level since March 1, 2019. Significant thermal anomalies were detected on March 2 and 3 as well as a plume of SO2 at approximately 3…

A new high-impact eruption took place at Manam volcano, Papua New Guinea around 16:20 UTC on January 24, 2019. The volcano is continuously erupting for more than 24 hours and has destroyed telecommunication towers, water sources and other infrastructure. Local…

A new high-level eruption took place at Papua New Guinea's Manam volcano at around 04:25 UTC on January 11, 2019. The Aviation Color Code is Red. According to the Darwin VAAC, the eruption produced a column of ash rising up to 15.2 km (50 000 feet) above sea…

A powerful eruption started at Manam volcano, Papua New Guinea around 03:00 UTC on December 8, 2018. Heavy ashfall is falling on the island, blocking out sunlight. Volcanic ash rose up to 13.7 km (45 000 feet) above sea level, according to the Darwin VAAC, forcing…