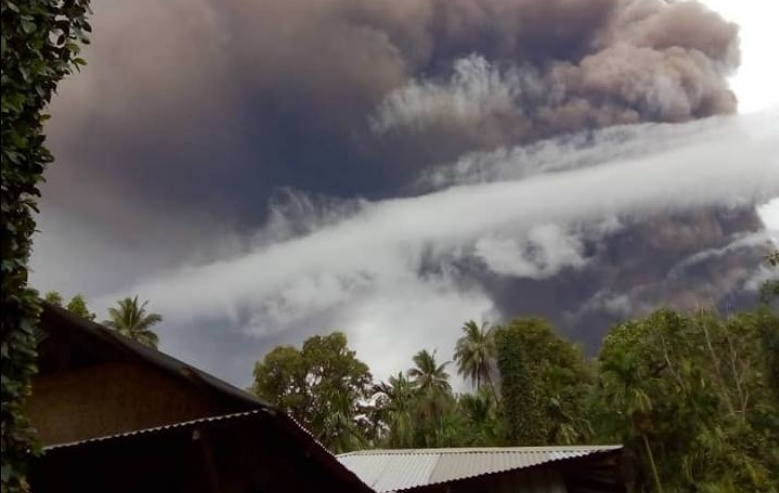 A new high-impact eruption took place at Manam volcano, Papua New Guinea around 16:20 UTC on January 24, 2019. The volcano is continuously erupting for more than 24 hours and has destroyed telecommunication towers, water sources and other infrastructure. Local residents are sending out calls for immediate evacuation. The Aviation Color Code is Red.

The high-level eruption appears to have now ceased and is expected to dissipate within 12 hours.

Kessy Sawang, Head of Secretariat at Manam Resettlement Authority, has sent out calls for immediate evacuation of residents living near the volcano:

Manam erupts continuously for 24 hours now as of 1 pm yesterday (unlike only 2 hours in the past). Very high temperatures. Digicel tower destroyed. People may perish next 48 hours if no help goes through.

The people of Baliau (2257) and Dugulava were sent back to the volcano by a Government decision. They have no where else to go at the moment.

Chairman MRA Ken Fairweather says we look at Nubia. But immediate is to existing Care Centres where the other IDPs are. Going to Disaster Centre now.