A new high-level eruption took place at Papua New Guinea's Manam volcano at around 04:25 UTC on January 11, 2019. The Aviation Color Code is Red.

According to the Darwin VAAC, the eruption produced a column of ash rising up to 15.2 km (50 000 feet) above sea level. The volcanic ash was observed on satellite imagery and confirmed by ground reports.

Volcanic ash is hard to discern due to obscuration by meteorological cloud, the center said 06:51 UTC. Volcanic ash to 5.5 km (18 000 feet) a.s.l. is expected to dissipate within 6 hours. 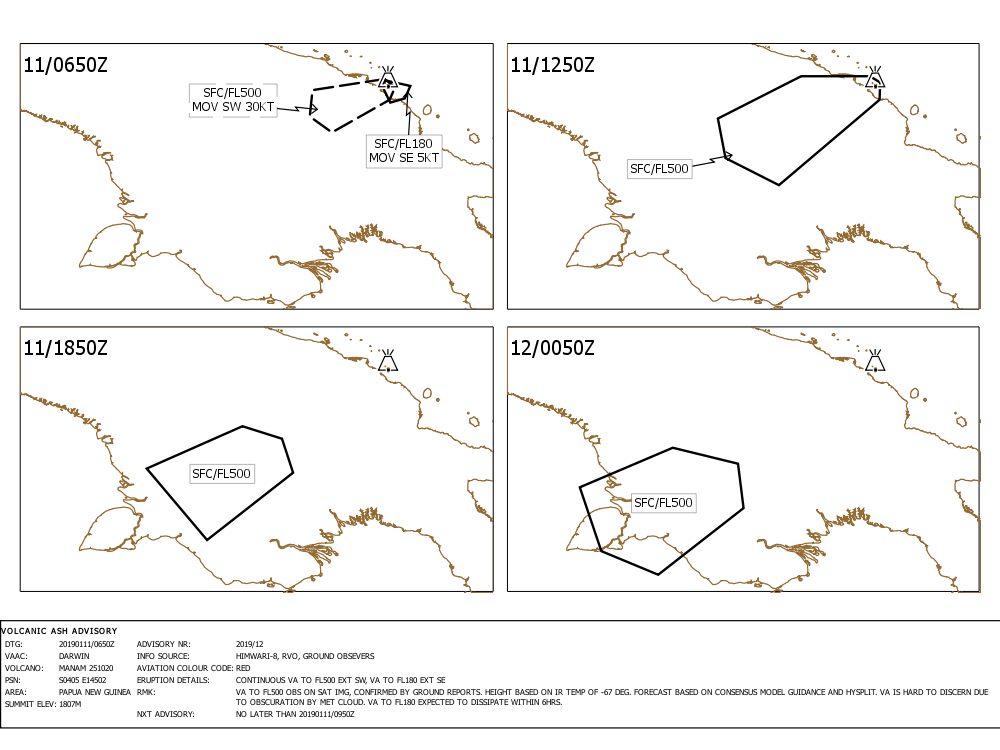 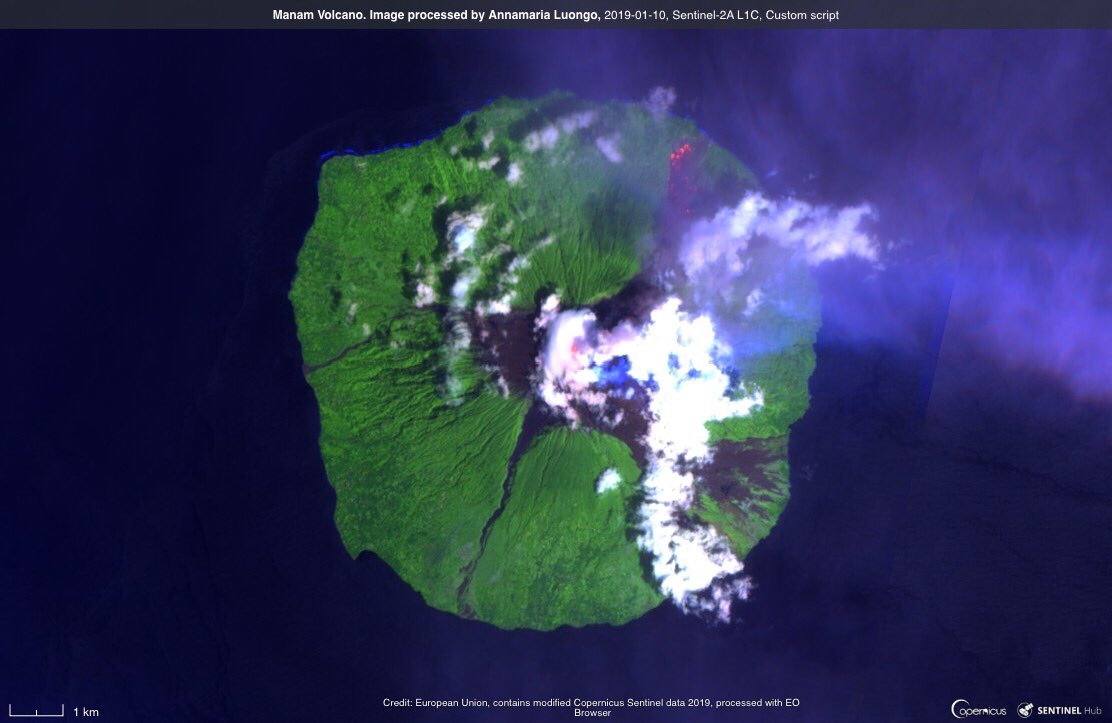 The Rabaul Volcano Observatory's assistant director Ima Itikarai said the eruption on January 7th came from Manam's southern crater. "While the observatory is monitoring the eruption remotely, an eye-witness has confirmed plumes of ash and scoria, and a lava flow from the crater to the coast."

"Two villages on the south-east of the island were showered in scoria rocks of 2 cm (0.8 inches) in diameter," Itikarai said, adding that the situation on the island is volatile and there is a risk of activity intensifying.

If monitoring equipment indicated a severe eruption it would be difficult to get a timely warning to Manam, Itikarai said, as reported by Radio New Zealand.

"And that is one problem that we have experienced in the country is that we send out information to the authorities. But the challenge is for that information all going down to the affected communities and in this case Manam."

It is up to the provincial administration to ensure people on Manam had the information they need to avoid eruptions, he said.

RVO urged residents and tourists to stay away from the four main valleys where lava flow, pyroclastic flow, could be channeled into. He also warned of the potential for mudslides given the ash and scoria fall mixing with current heavy rains.

Manam has previously experienced similar mudslides which have destroyed houses.