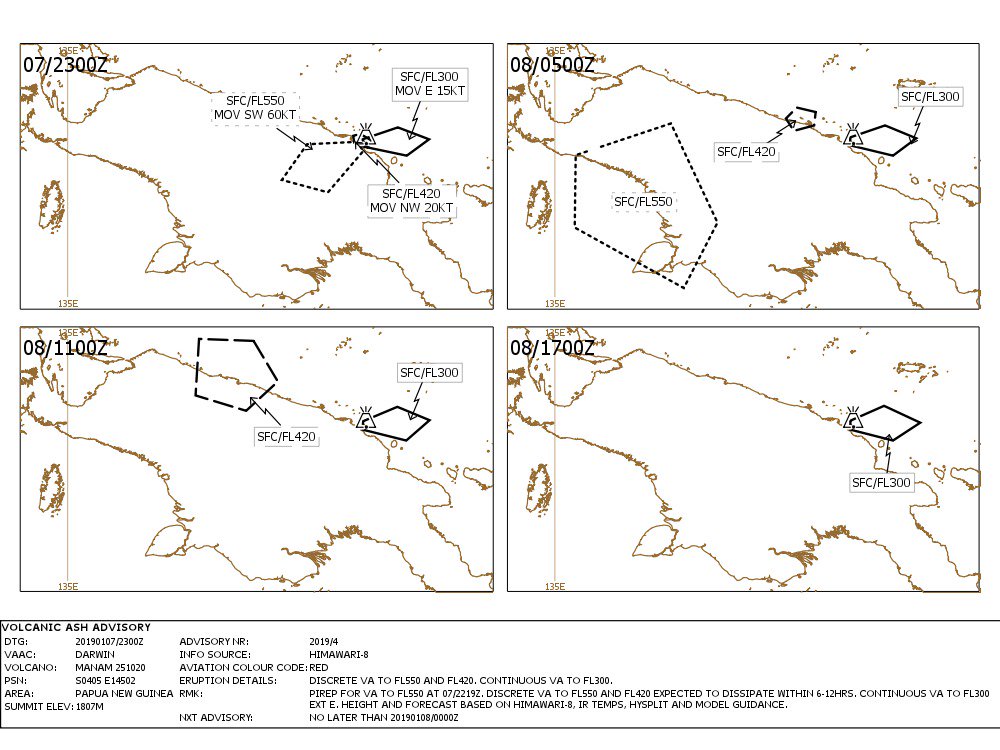 The last time a powerful eruption took place at Manam volcano was on December 8, 2018. Heavy ashfall was reported falling on the island and blocking out sunlight.