According to Gisborne District Council, mud volcanos are uncommon in New Zealand, but there are a number of them in the Tairawhiti region.

"In our region, mud volcanoes occur from the Hangaroa Valley in the south to near East Cape in the north," said GDC's integrated catchments manager Dr. Murry Cave, as reported by the Gisborne Herald.

Cave added that this area showed significant signs of movement after the Te Araroa earthquake in September 2016 where the land was uplifted by about 50 cm (1.6 feet).

"We've been monitoring the area for the last year or so because the area uplifted in the earthquake and there were a lot of cracks," he said.

Although the eruption doesn’t appear to be associated with any significant seismic shaking, the GNS researchers together with their Imperial College (UK) colleagues installed sensitive seismographs in the area last summer as part of the Hikurangi margin project, hoping the data may help provide a better understanding of mud volcanoes.

Another rare eruption of mud and steam took place in New Zealand around 12:30 local time on July 21, 2018, at Wai-O-Tapu Thermal Wonderland south of Rotorua. While such eruptions at Wai-O-Tapu are uncommon they are not unexpected, GNS volcanologist Brad Scott said at the time.

The eruption lasted roughly 40 seconds and was recorded by Thomas Rodda who drives a shuttle from Rotorua to local sites:

Scott said Wai-O-Tapu is an area with steam and mud features. "It's not common behavior but it's not unlikely or unexpected. Occasionally we get reports of trees covered in mud and maybe something has happened overnight."

"As far as I know it's never erupted before but it's awesome to hear," said Mericia Waqanimaravu, the general manager of Wai-O-Tapu Thermal Wonderland. 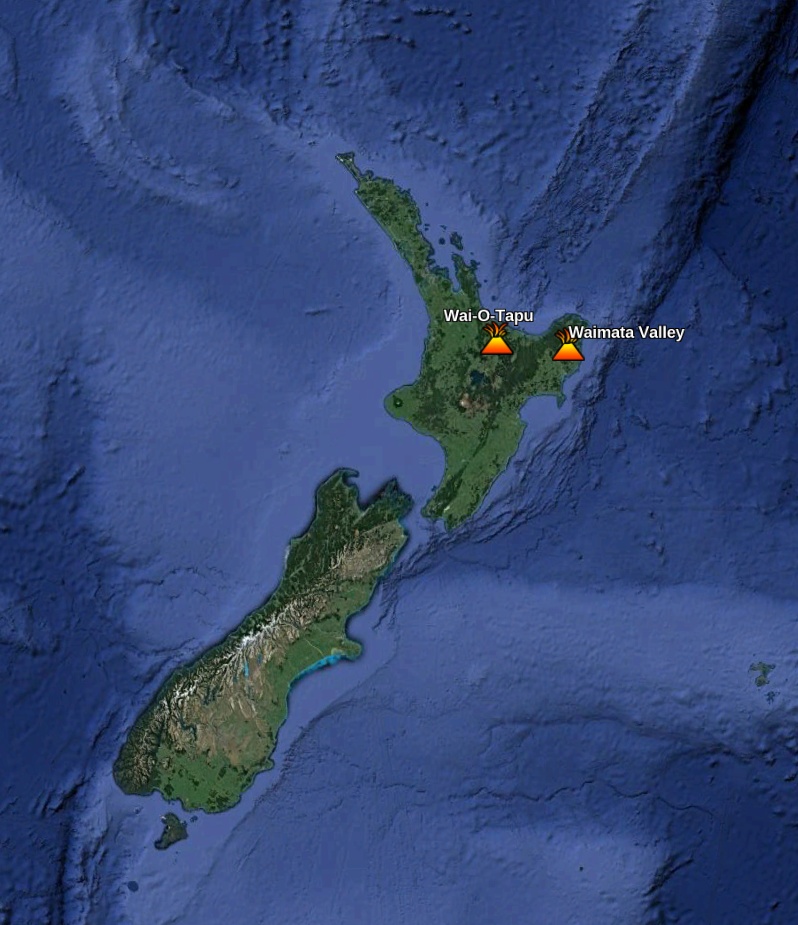