A rare eruption of mud and steam took place around 12:30 local time on July 21, 2018, at Wai-O-Tapu Thermal Wonderland south of Rotorua in New Zealand. While such eruptions at Wai-O-Tapu are uncommon they are not unexpected, GNS volcanologist Brad Scott said.

The eruption lasted roughly 40 seconds and was recorded by Thomas Rodda who drives a shuttle from Rotorua to local sites.

According to NZ Herald, Rodda was taking passengers to Wai-O-Tapu when he saw the mud spurting into the air. "It took me a while to start filming. I was quite astonished to see it," he said. 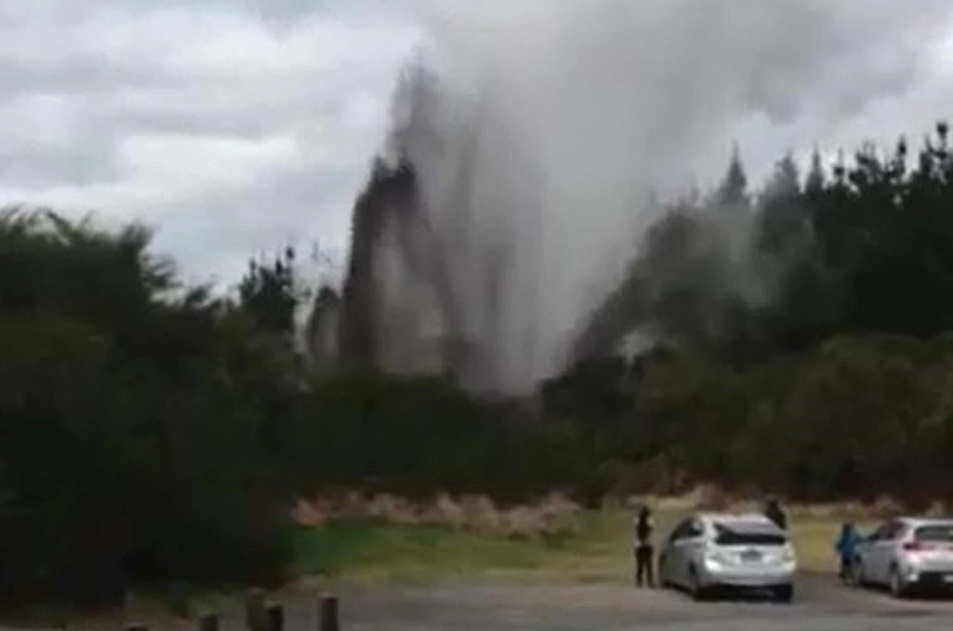 GNS Volcano Information Specialist, Brad Scott, said the Wai-O-Tapu area was an area with steam and mud features. "It's not common behavior but it's not unlikely or unexpected. Occasionally we get reports of trees covered in mud and maybe something has happened overnight."

Scott said the eruption was not a geyser as geysers were hot water erupting and this was caused by steam.

The area where the eruption took place is the Department of Conservation land. It is a public area and people should be cautious when approaching.

"As far as I know it's never erupted before but it's awesome to hear," said Mericia Waqanimaravu, the general manager of Wai-O-Tapu Thermal Wonderland.