The volcano showed continuous activity as another eruption occurred at 19:40 UTC (05:40 LT on Monday, August 3).

On July 27, incandescence was visible from the volcano as captured by Sentinel-2. 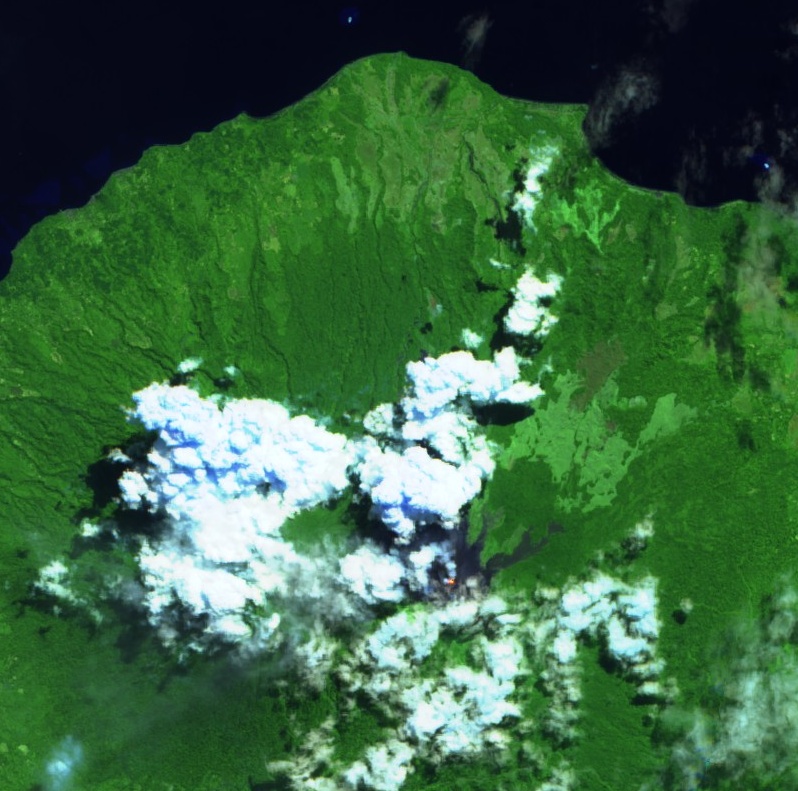 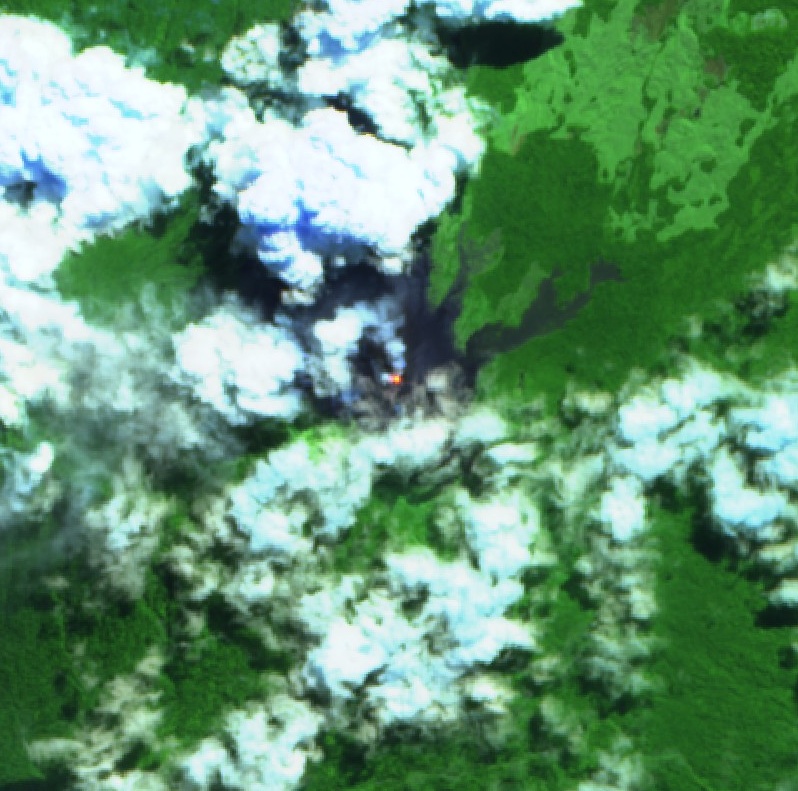 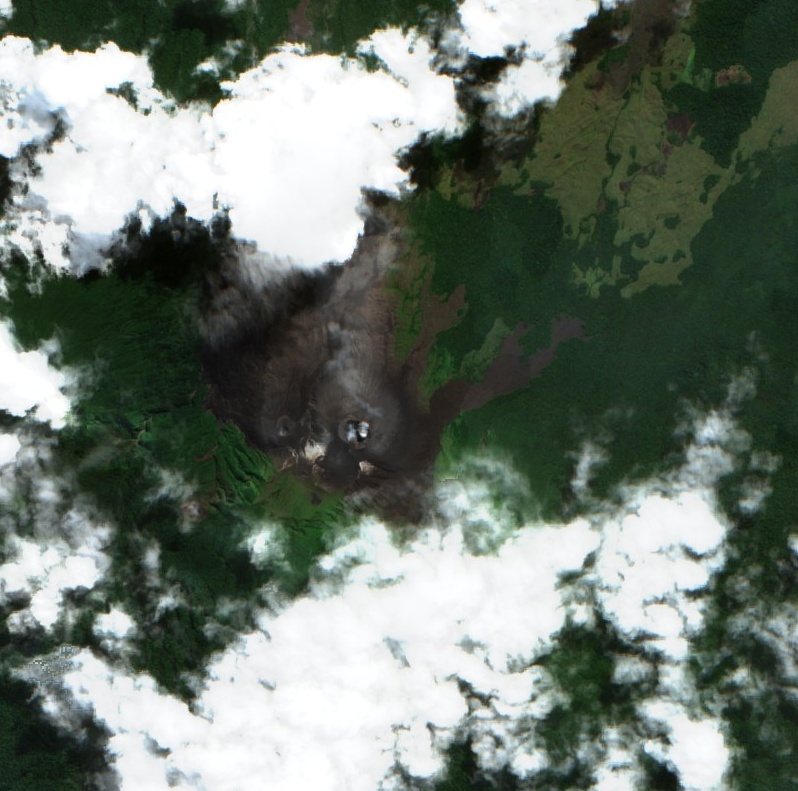 Langila, one of the most active volcanoes of New Britain, consists of a group of four small overlapping composite basaltic-andesitic cones on the lower eastern flank of the extinct Talawe volcano.

Talawe is the highest volcano in the Cape Gloucester area of NW New Britain. A rectangular, 2.5-km-long (1.5 miles) crater is breached widely to the SE; Langila volcano was constructed NE of the breached crater of Talawe.

An extensive lava field reaches the coast on the north and NE sides of Langila. Frequent mild-to-moderate explosive eruptions, sometimes accompanied by lava flows, have been recorded since the 19th century from three active craters at the summit of Langila.